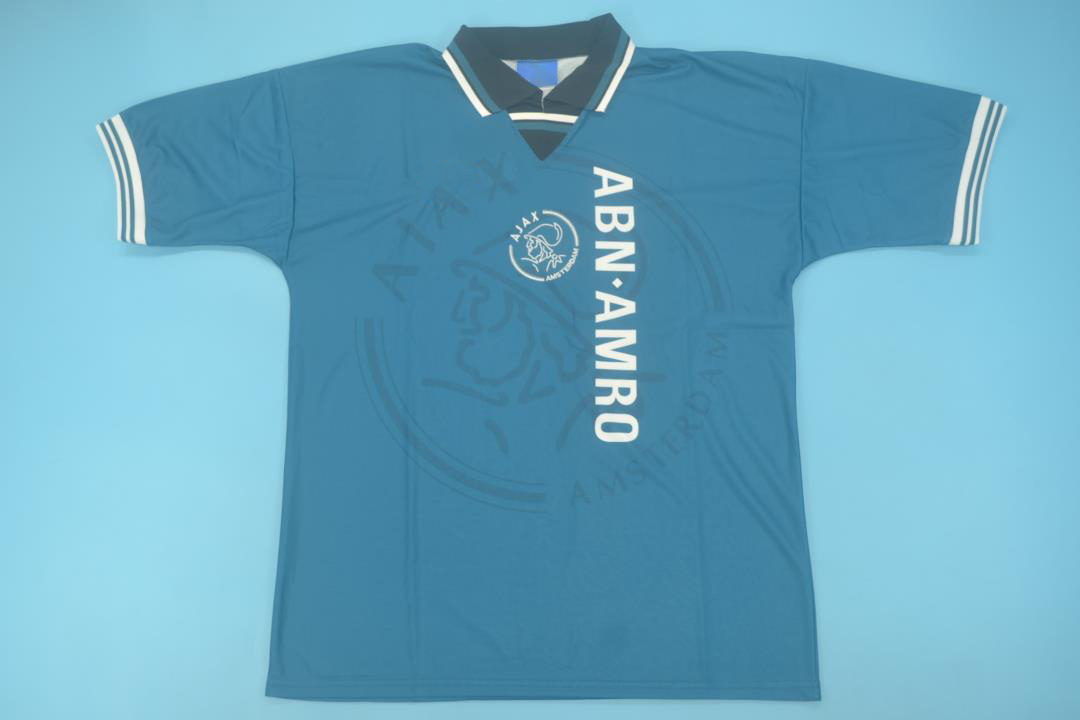 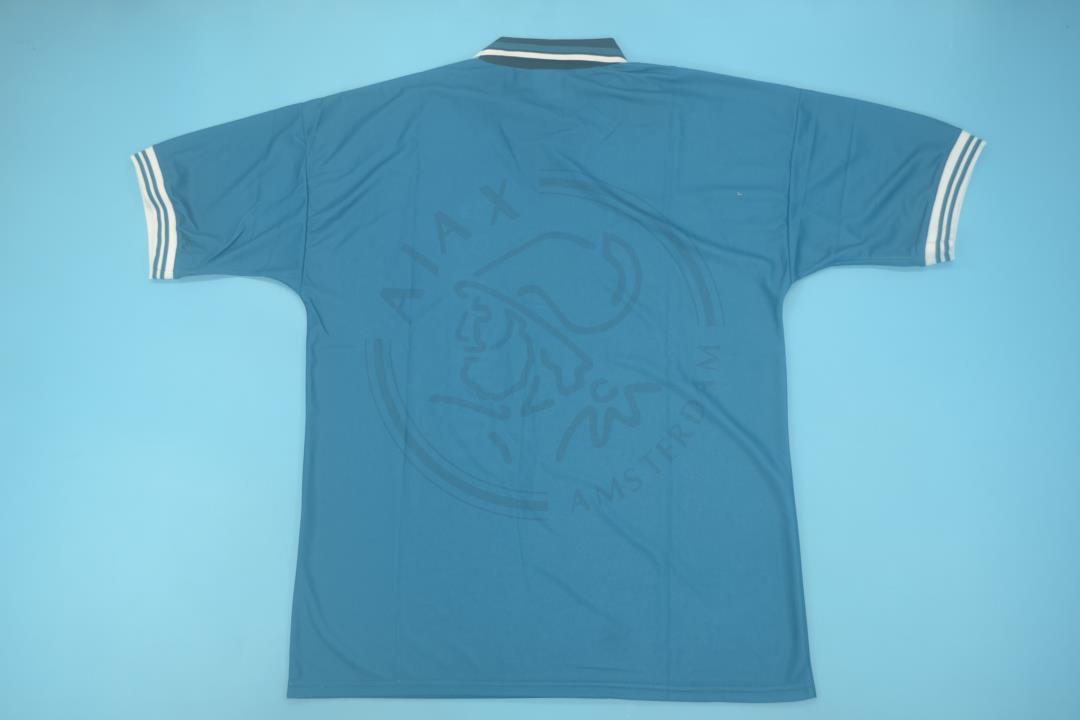 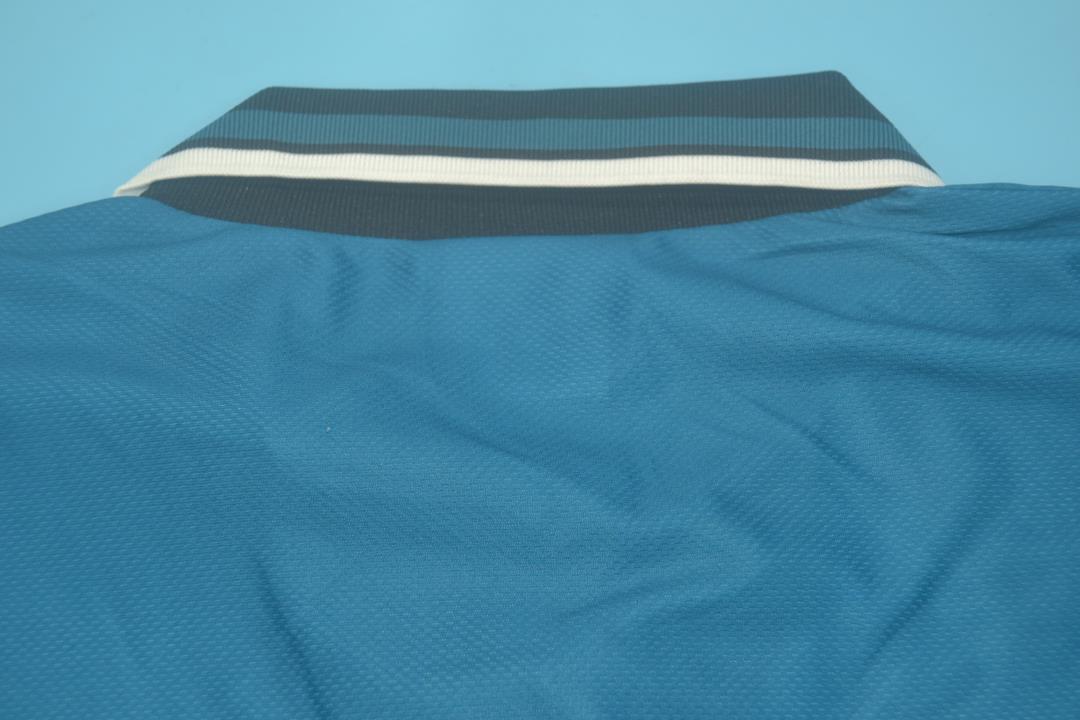 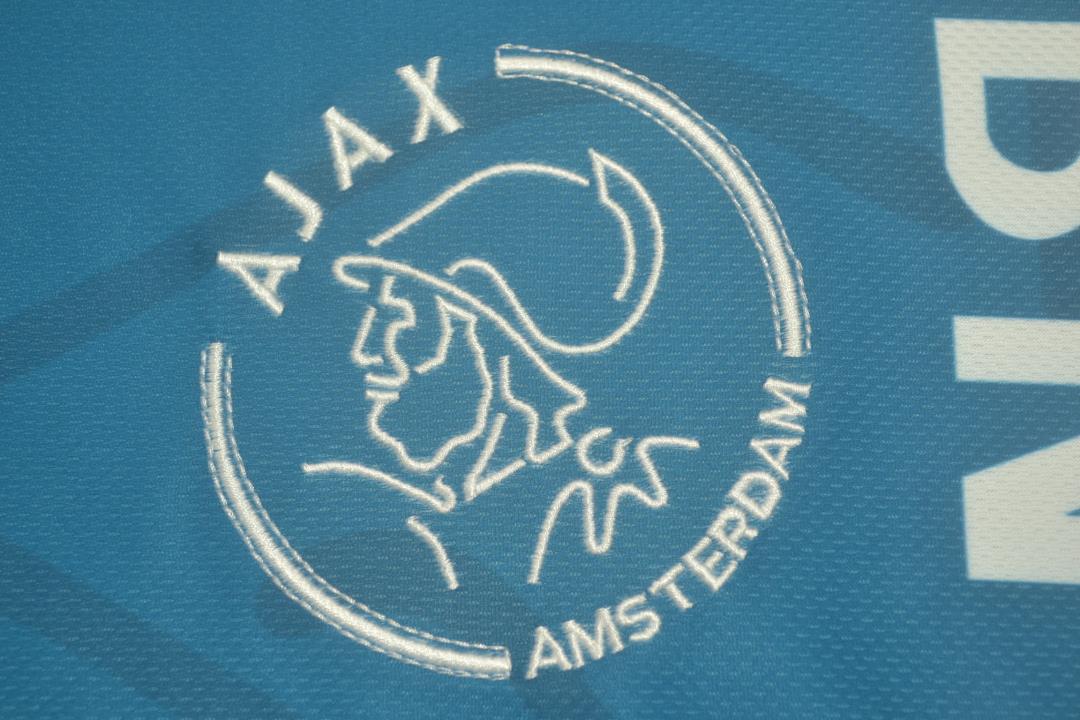 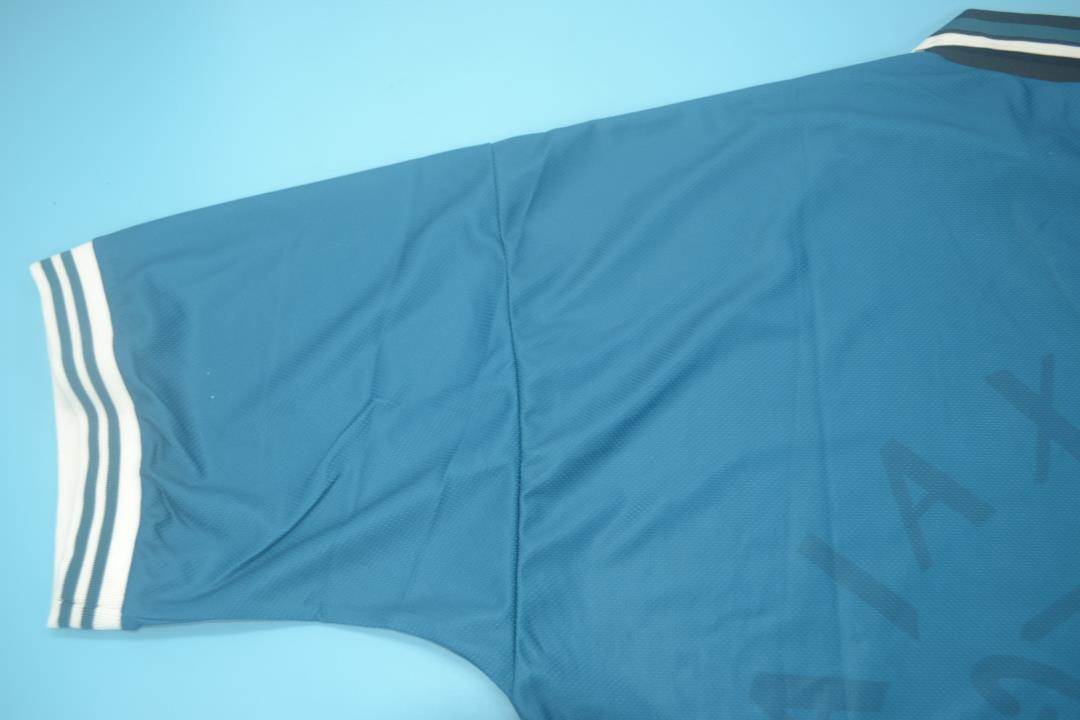 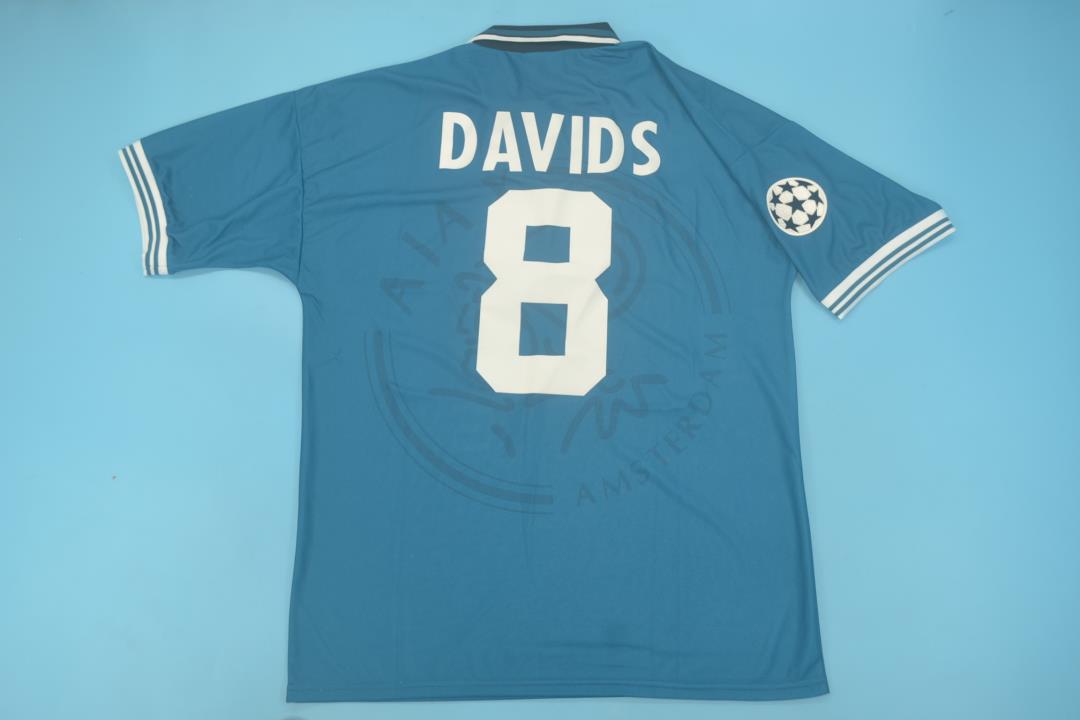 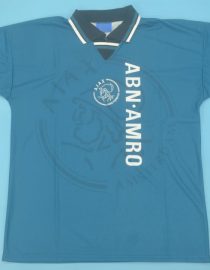 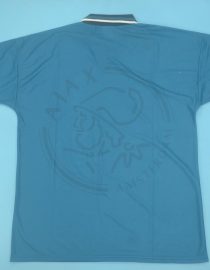 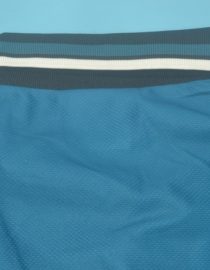 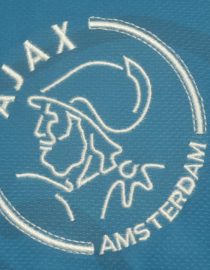 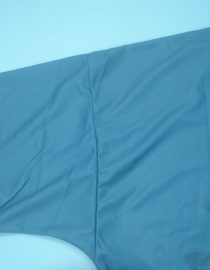 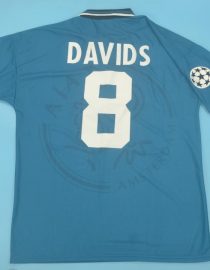 The Ajax Amsterdam away jersey for the 1995-1996 season, right after they won the Champions League. They went in the UCL final again and won the Eredivisie.

This is the fully-customizable short-sleeve away kit for Ajax Amsterdam’s 1995-1996 season.

This legendary kit is one of the most memorable in Ajax’s history as it stands for the golden generation of the club that dominated the Netherlands and Europe throughout the 1990s.

Coming off of a Champions League-winning campaign in 1994-1995 where they haven’t lost a single match, Ajax went ahead and took the UEFA Super Cup, as well as the International Cup. As expected, Louis van Gaal’s team dominated Eredivisie and won the domestic league, while they fell just short in the last hurdle as Juventus beat them in the Champions League final on penalties. This shirt also has cult status because the players wearing it are some of the biggest legends of world football, including Edgar Davids, Patrick Kluivert, Jari Litmanen, and the De Boer brothers, among others.

Be the first to review “Ajax Amsterdam 1995-1996 Away Short Sleeve Football Shirt [As worn by Davids, Kluivert & Overmars]” Cancel reply