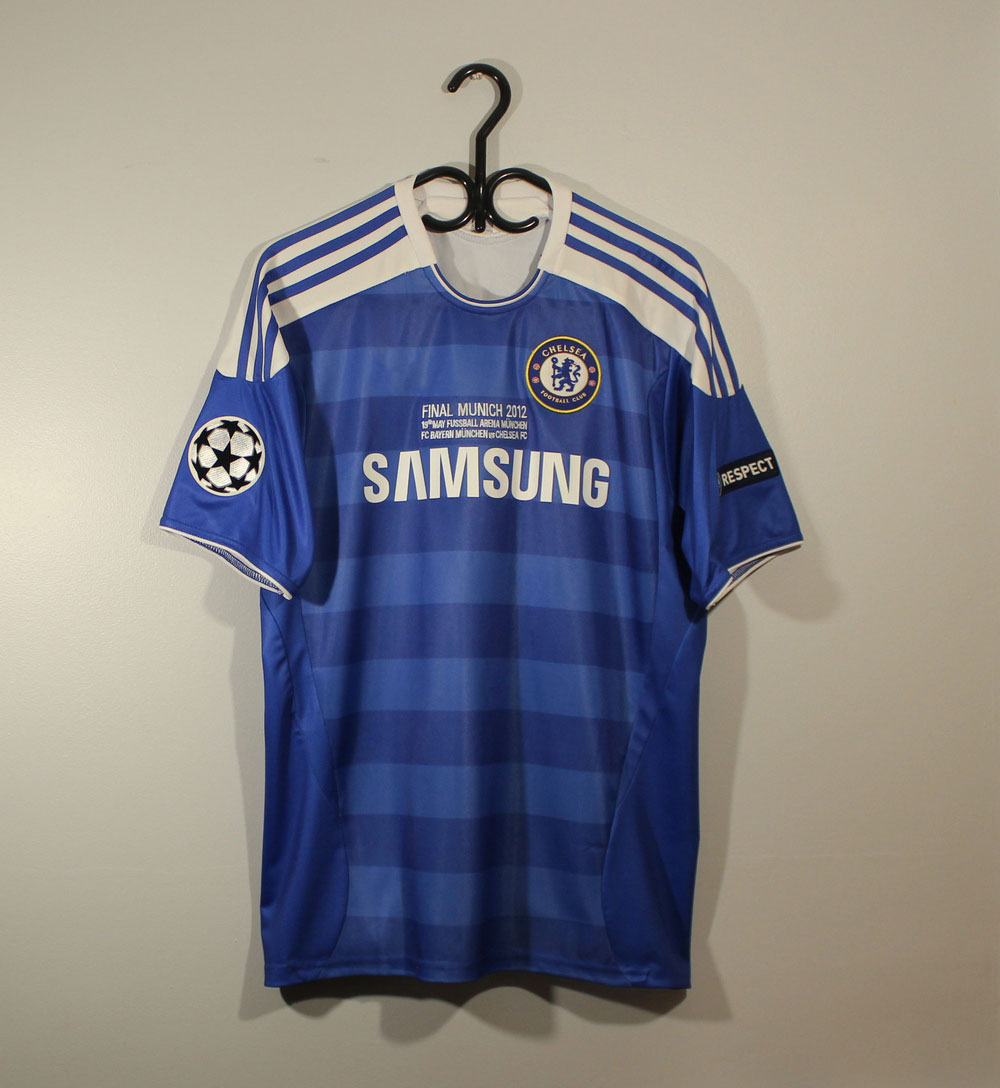 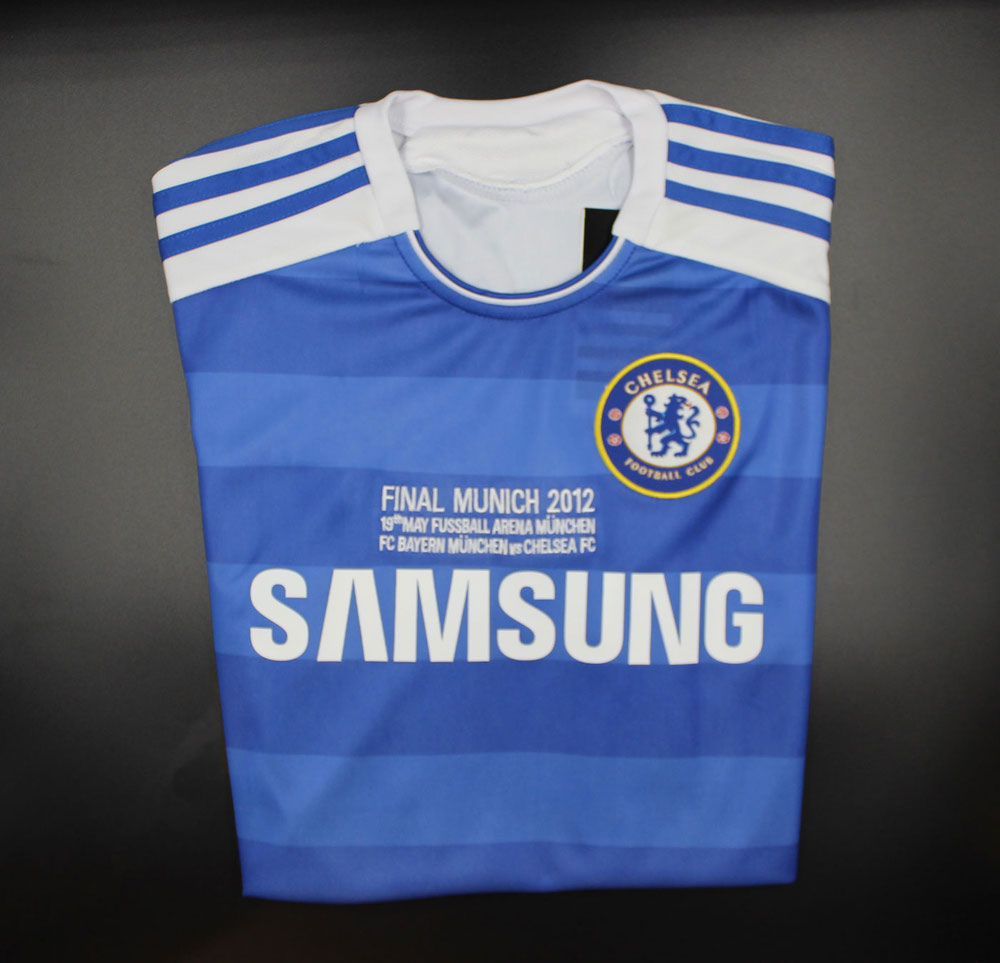 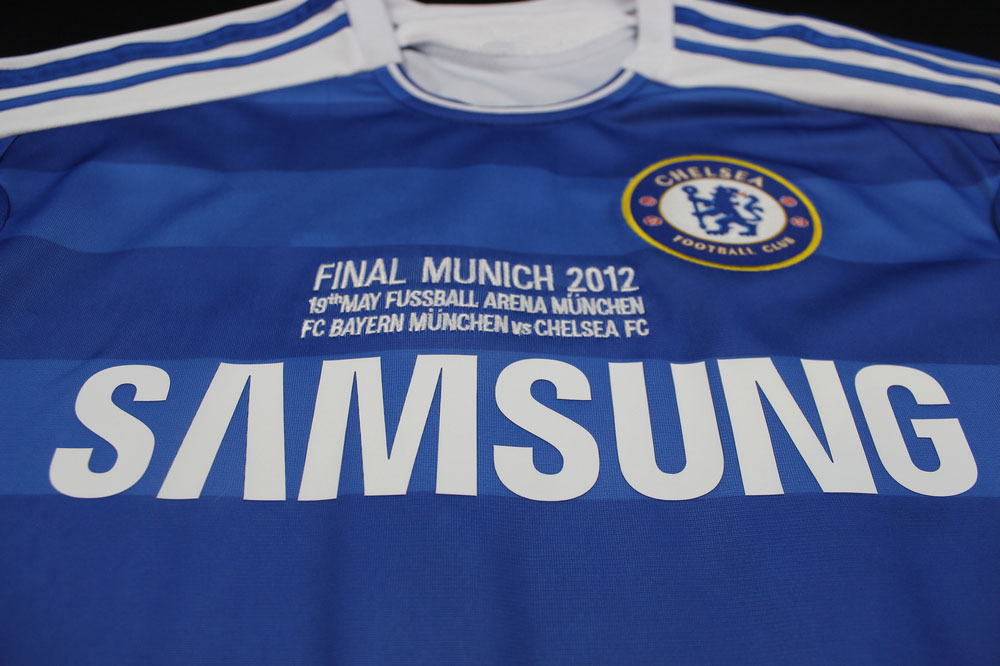 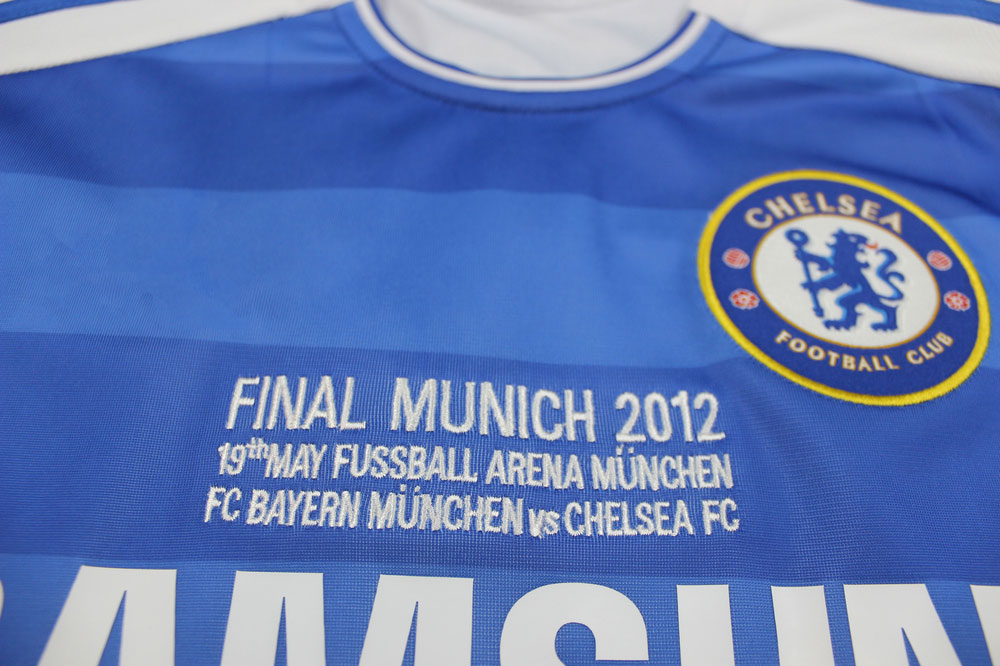 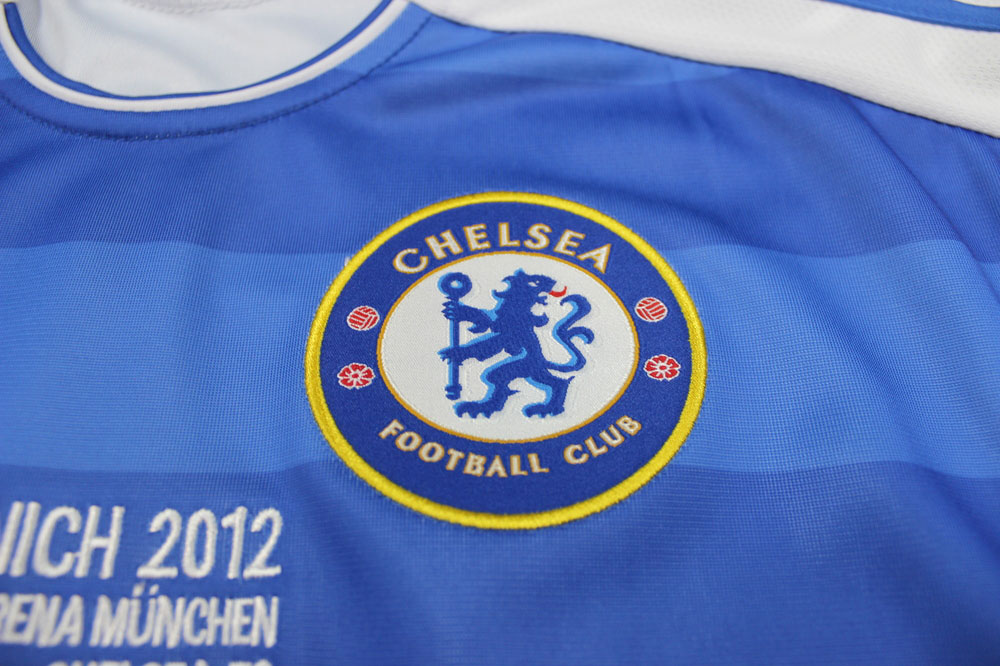 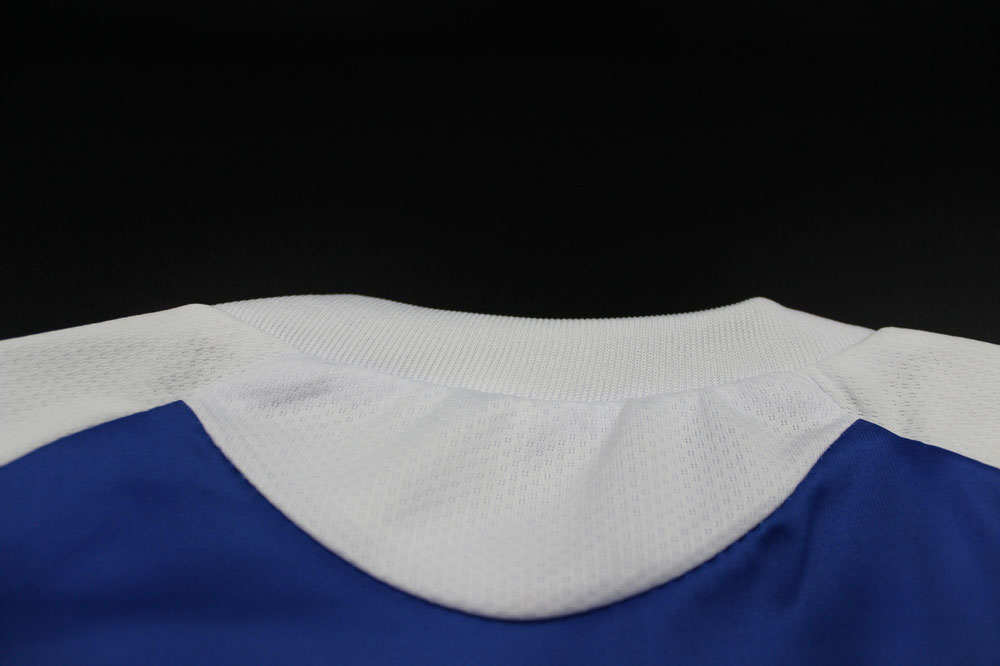 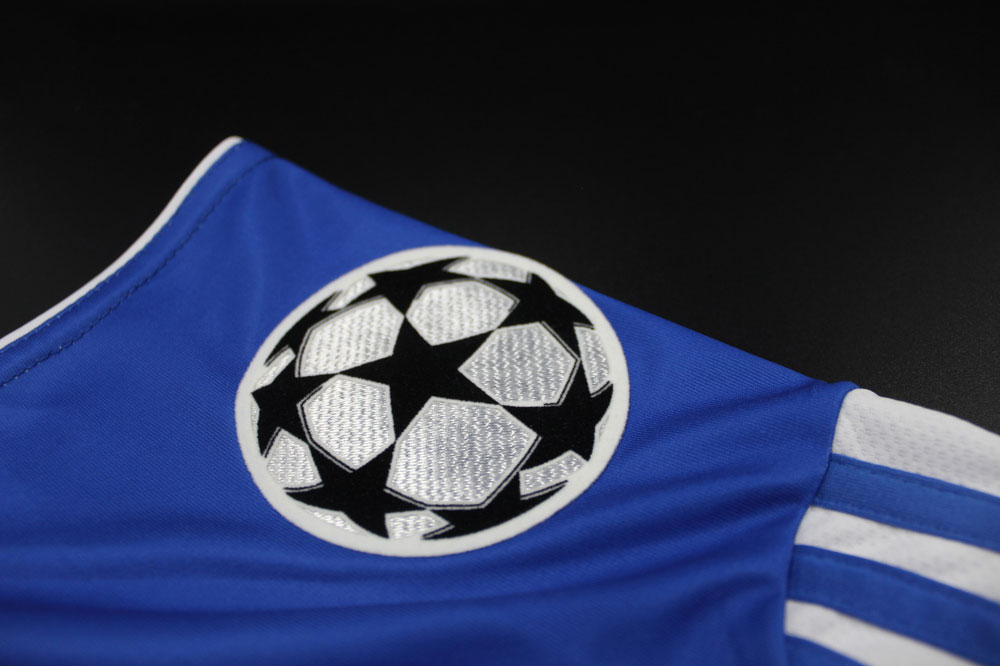 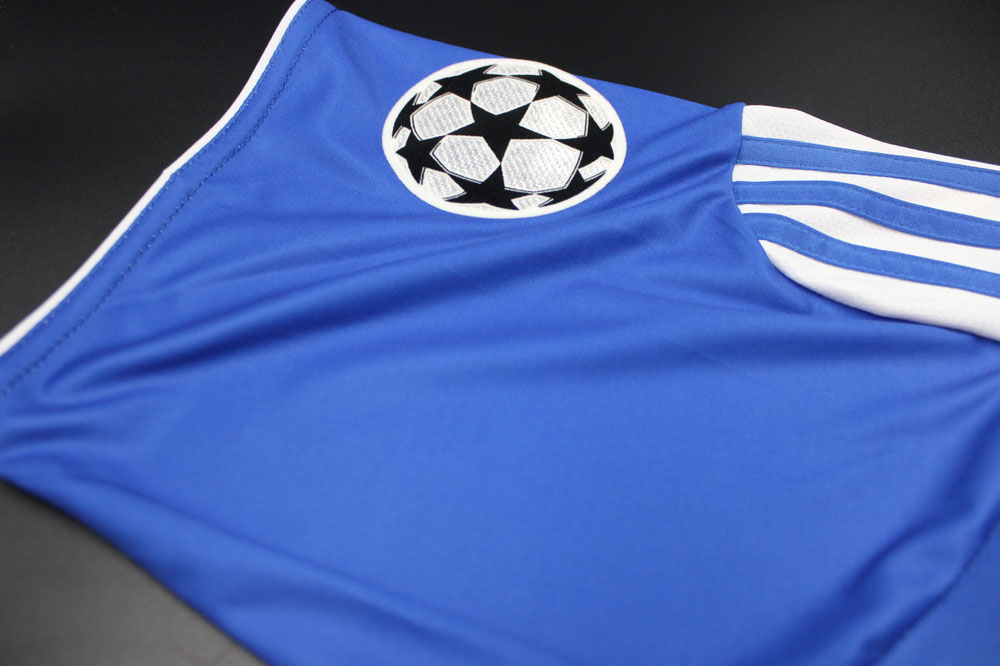 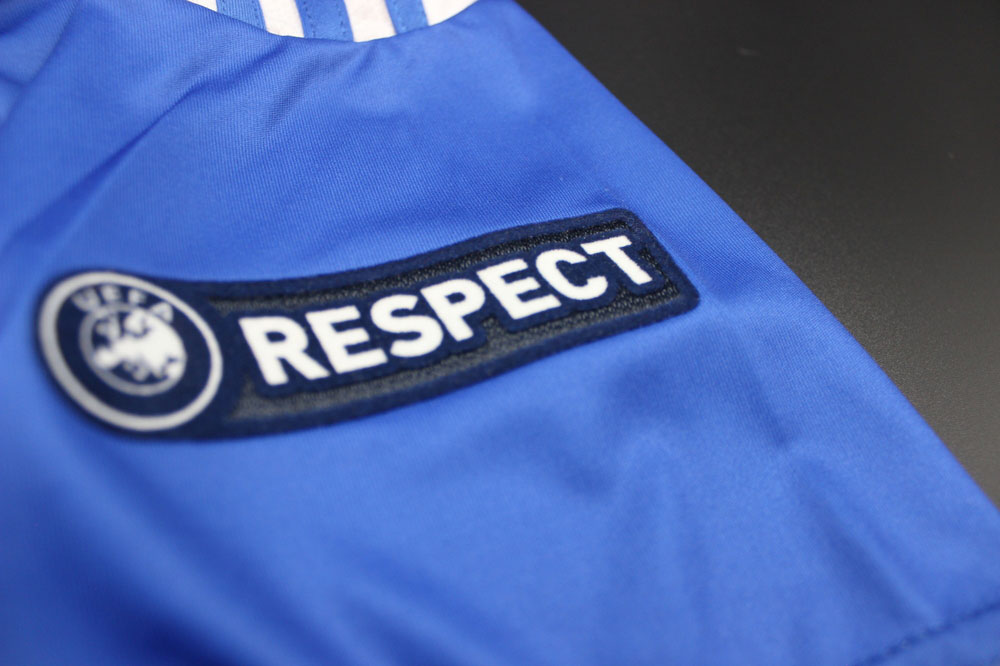 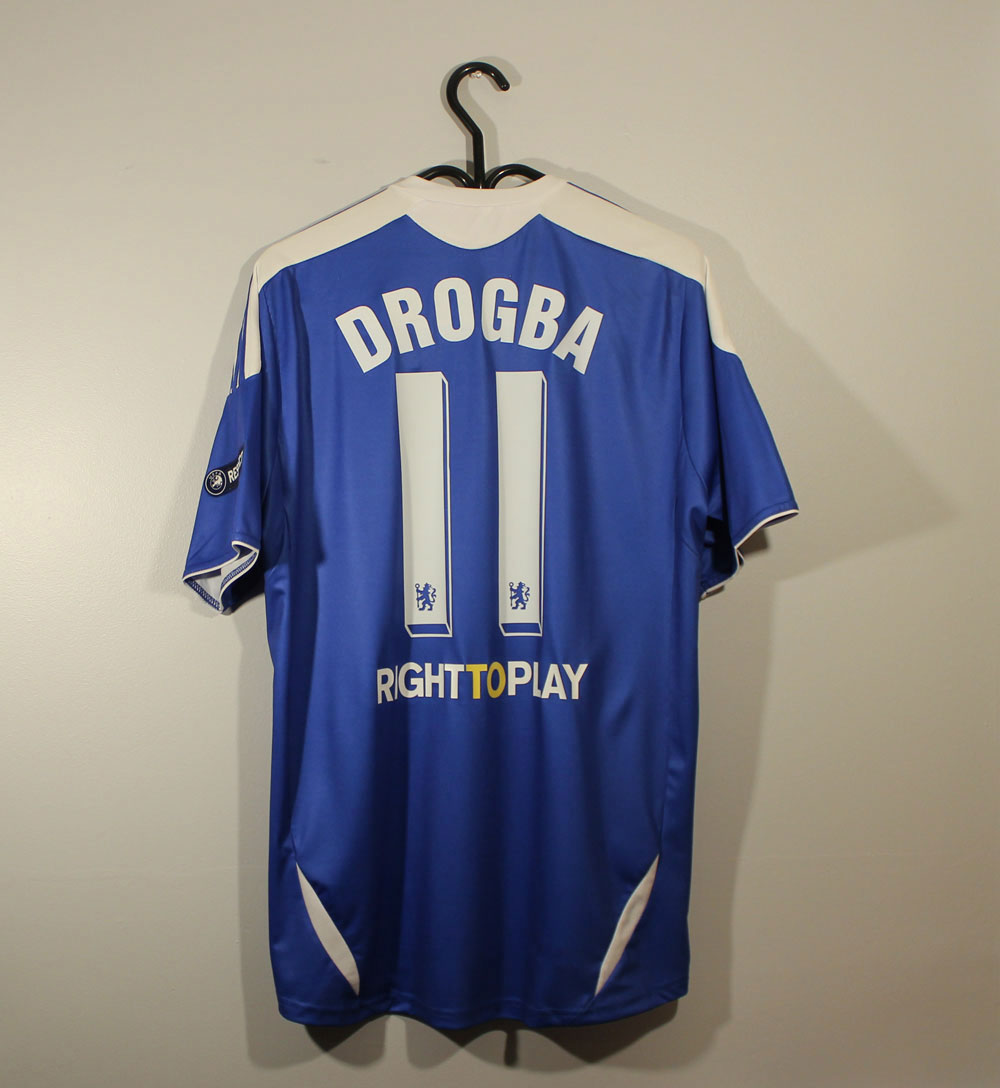 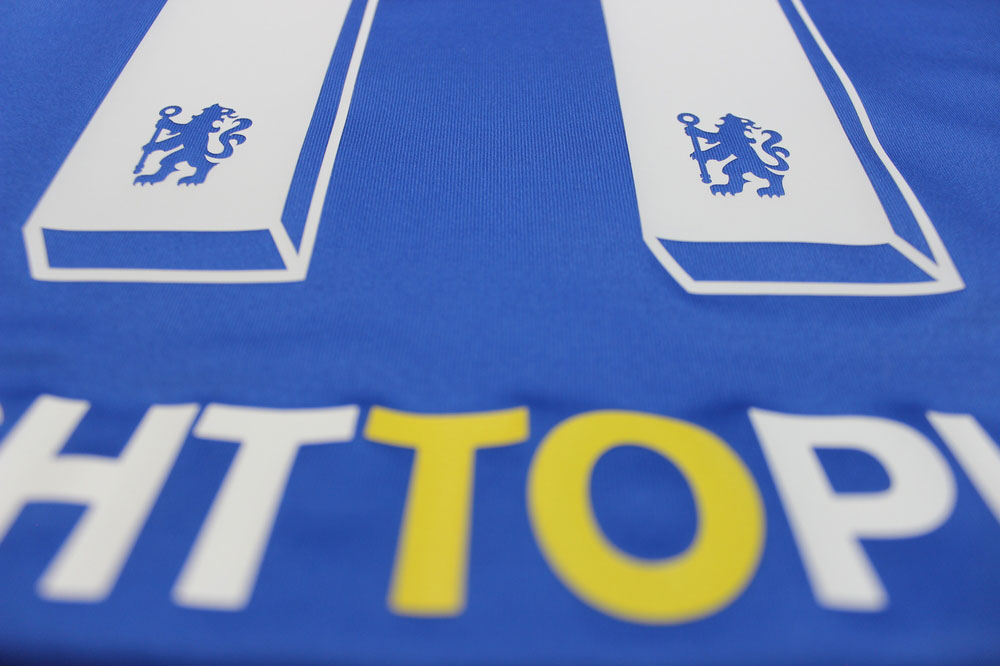 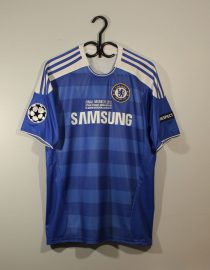 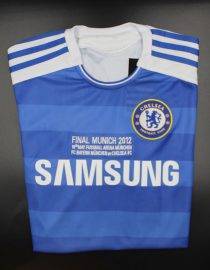 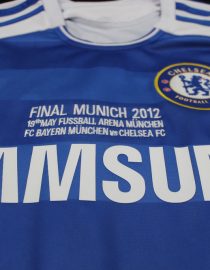 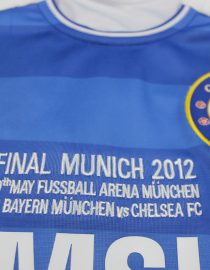 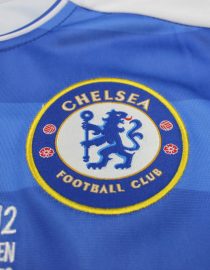 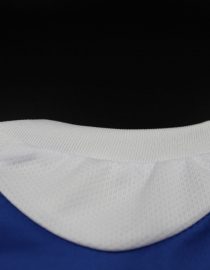 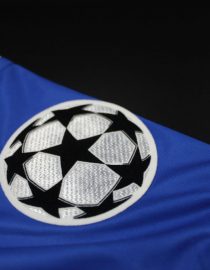 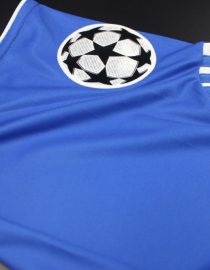 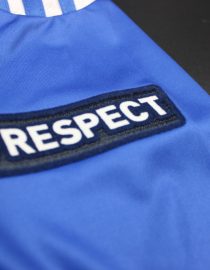 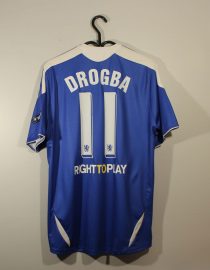 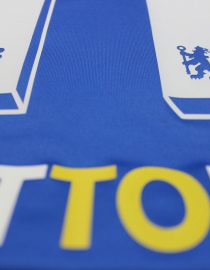 This is the fully-customizable short-sleeve home kit for Chelsea’s 2011-2012 Champions League final.

Chelsea won their first Champions League ever in this shirt. This was a legendary season, as a string of unlikely events happened which resulted in Chelsea winning the Champions League title after years and years of waiting. The Blues changed their manager in the middle of the season when Avram Grant took over.

After this, Chelsea knocked out Barcelona in the semi-final, in a match which they had no business winning, and defending the 1-0 lead away from home. The final saw them match up with Bayern in Istanbul, and after trailing for the whole match, Didier Drogba scored to tie the match in the 89th minute after a corner. This jersey represents the warrior spirit that was embodied by Chelsea’s key players in Lampard, John Terry, Petr Cech, and Didier Drogba.

The team also won the FA Cup after beating Liverpool in the final with goals from Ramires and Drogba, with Liverpool’s only goalscorer being the outcast, Andy Carroll. We also have the long-sleeve jersey in our store.