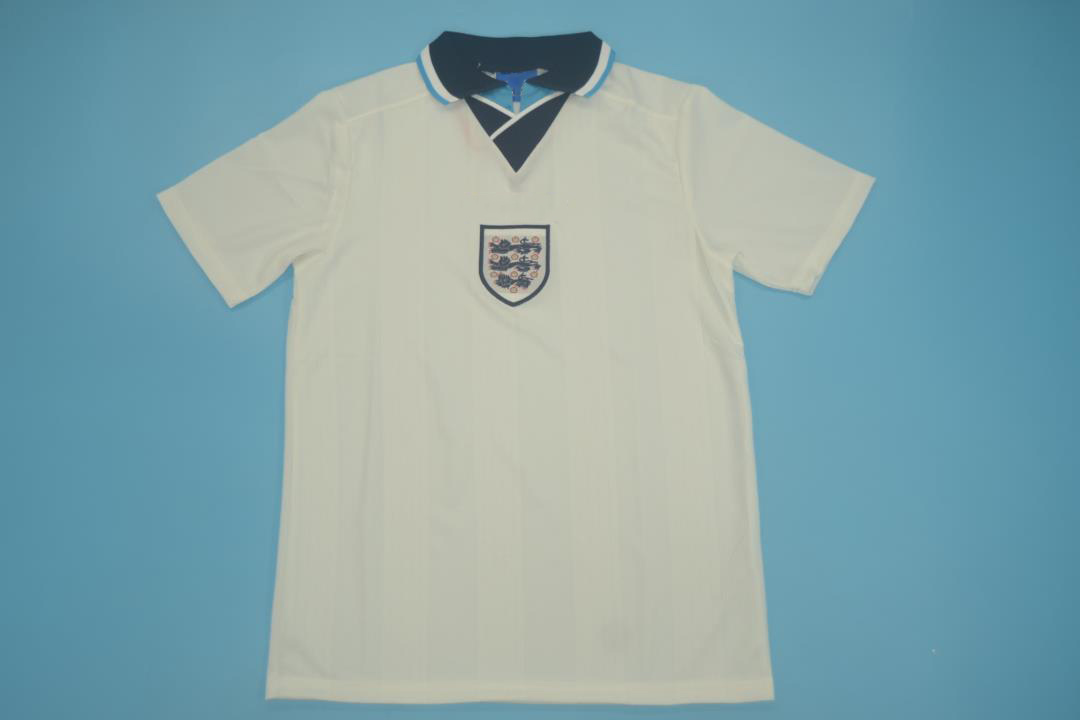 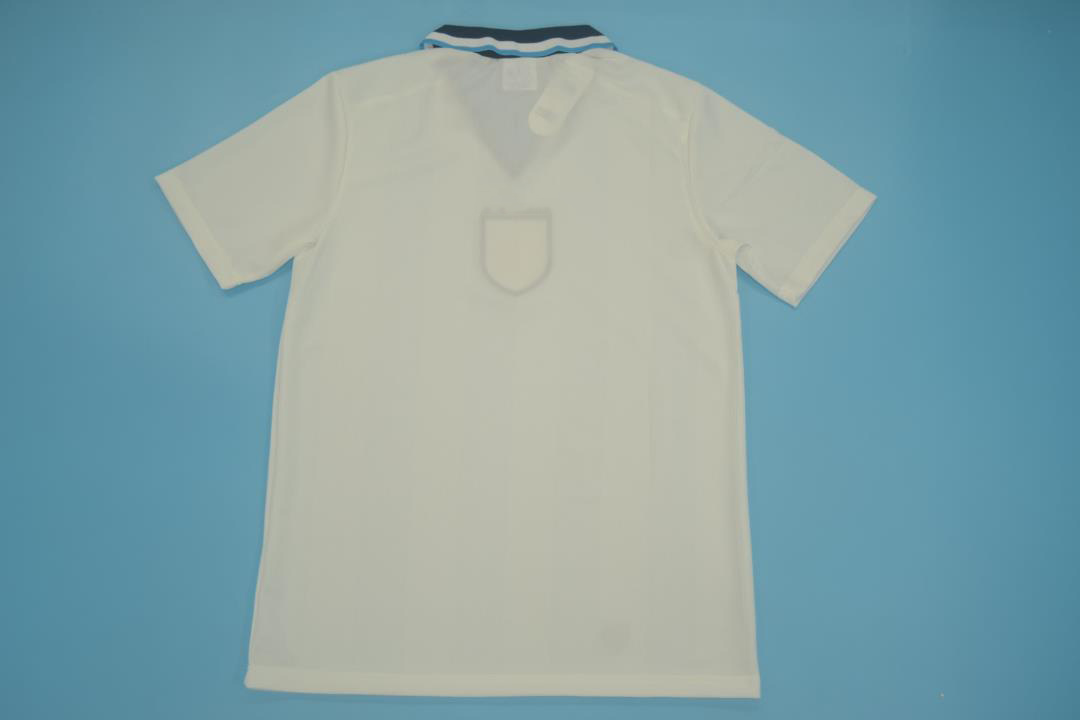 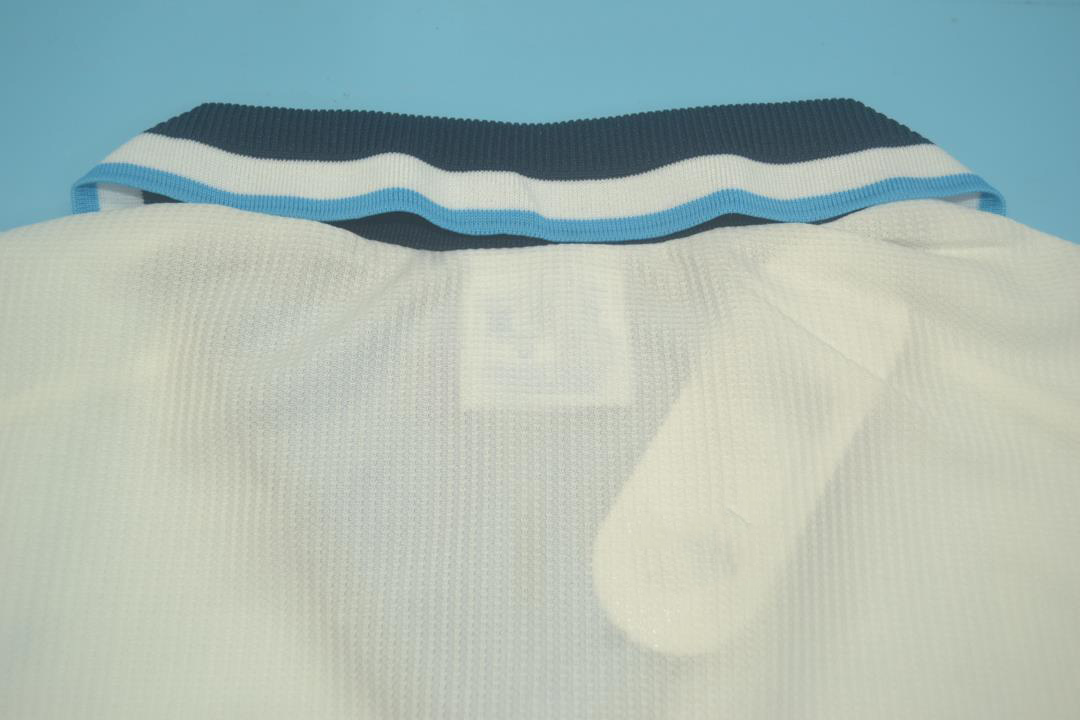 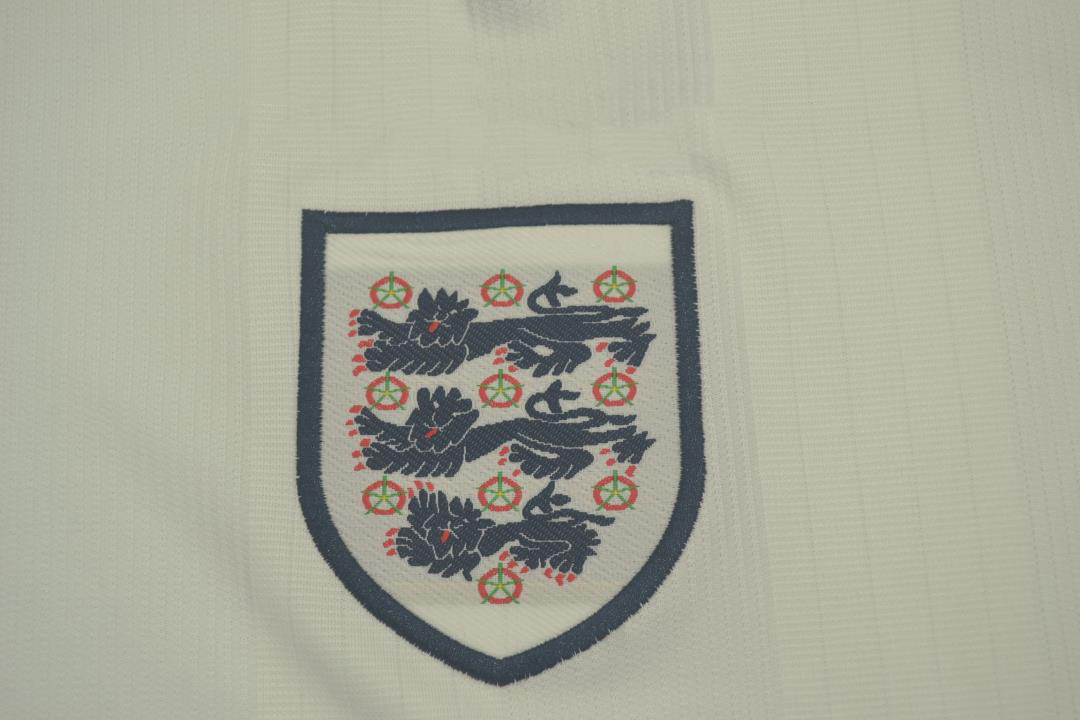 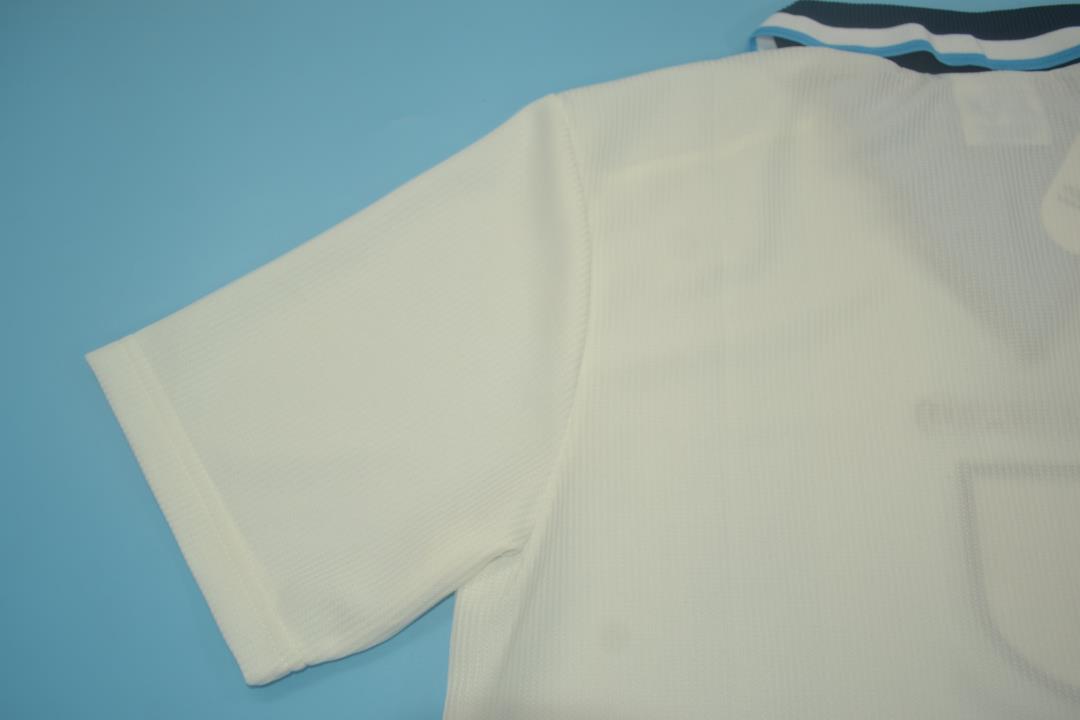 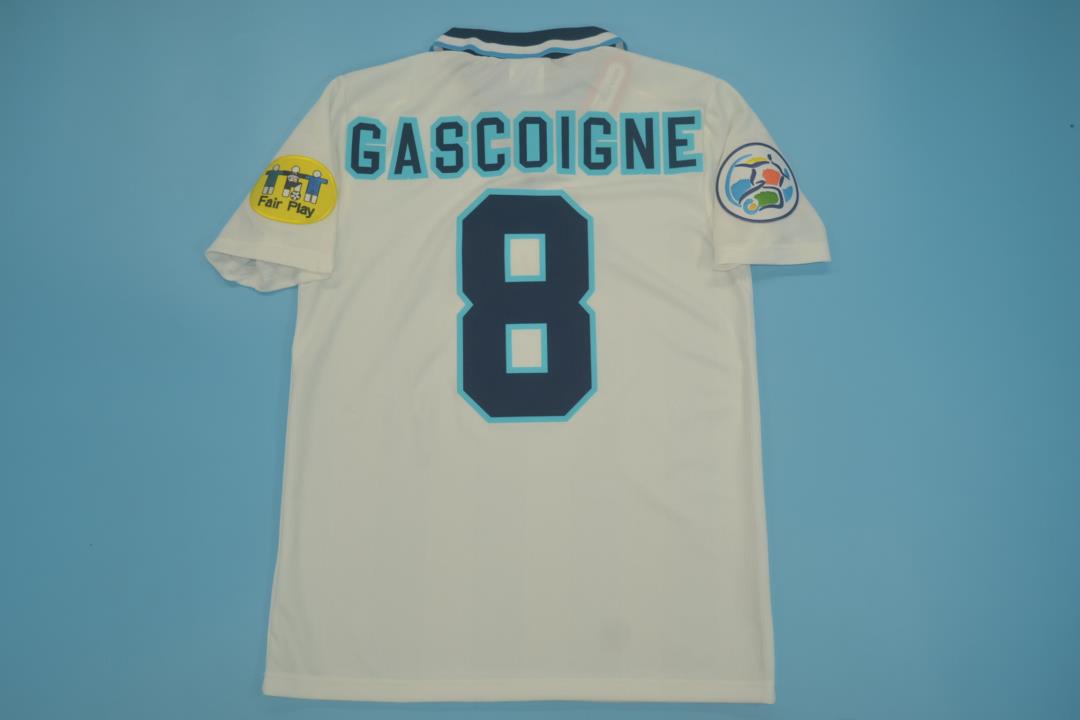 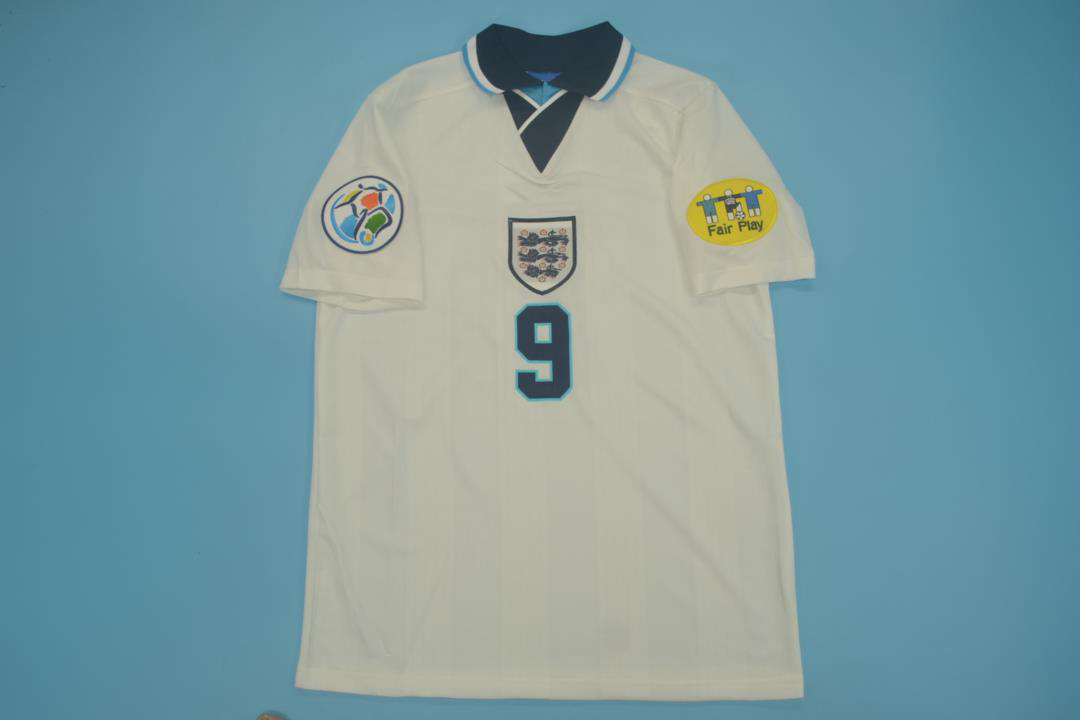 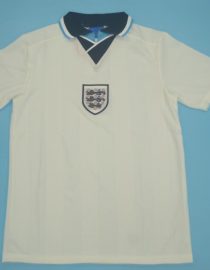 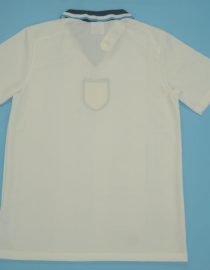 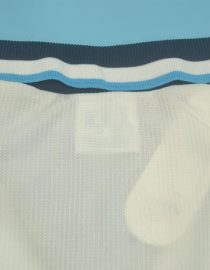 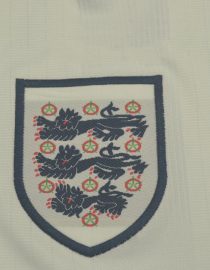 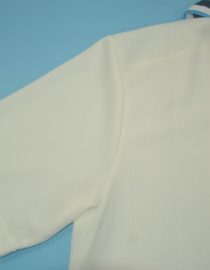 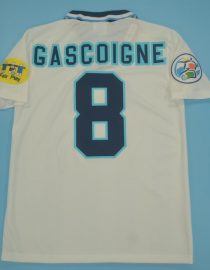 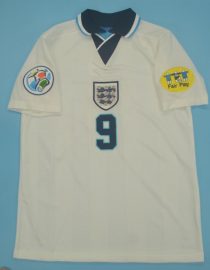 England’s beautiful short-sleeve away red kit for the 1998 World Cup, when they went on to the Round of 16 where they lost on penalties against Argentina.

This is the fully-customizable long-sleeve home kit for England’s Euro 1996 campaign.

The European Championship in 1996 remains a summer of high hopes inevitably falling apart for the England national team. They hosted the competition and were hoping to win it on home ground.

It started off well – they topped the group as Alan Shearer bagged in four goals in the first three matches. The knockout phase brought Spain as the match headed to penalties. The English went through on penalties, with all of their four takers scoring.

However, the Germans in the quarters were a different story. Yet another goal from Shearer wasn’t enough as this match also went to penalties. But, unlike against Spain, Gareth Southgate missed his penalty and the Elf haven’t missed a single out of their six penalties. It was a heart-break for Terry Venables and his men, but this kit is still a special one as the Euros were played on a soil where football was invented – England.