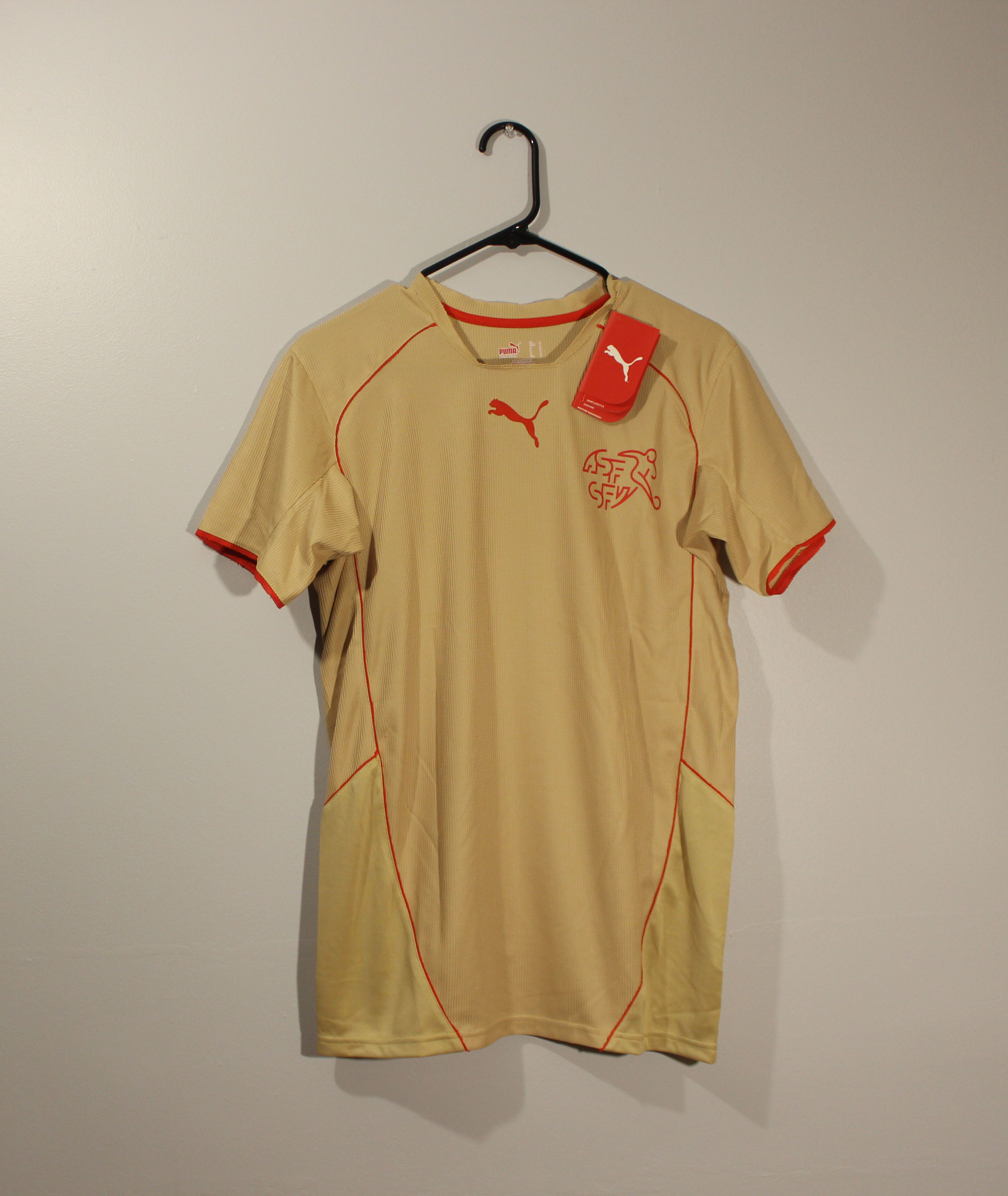 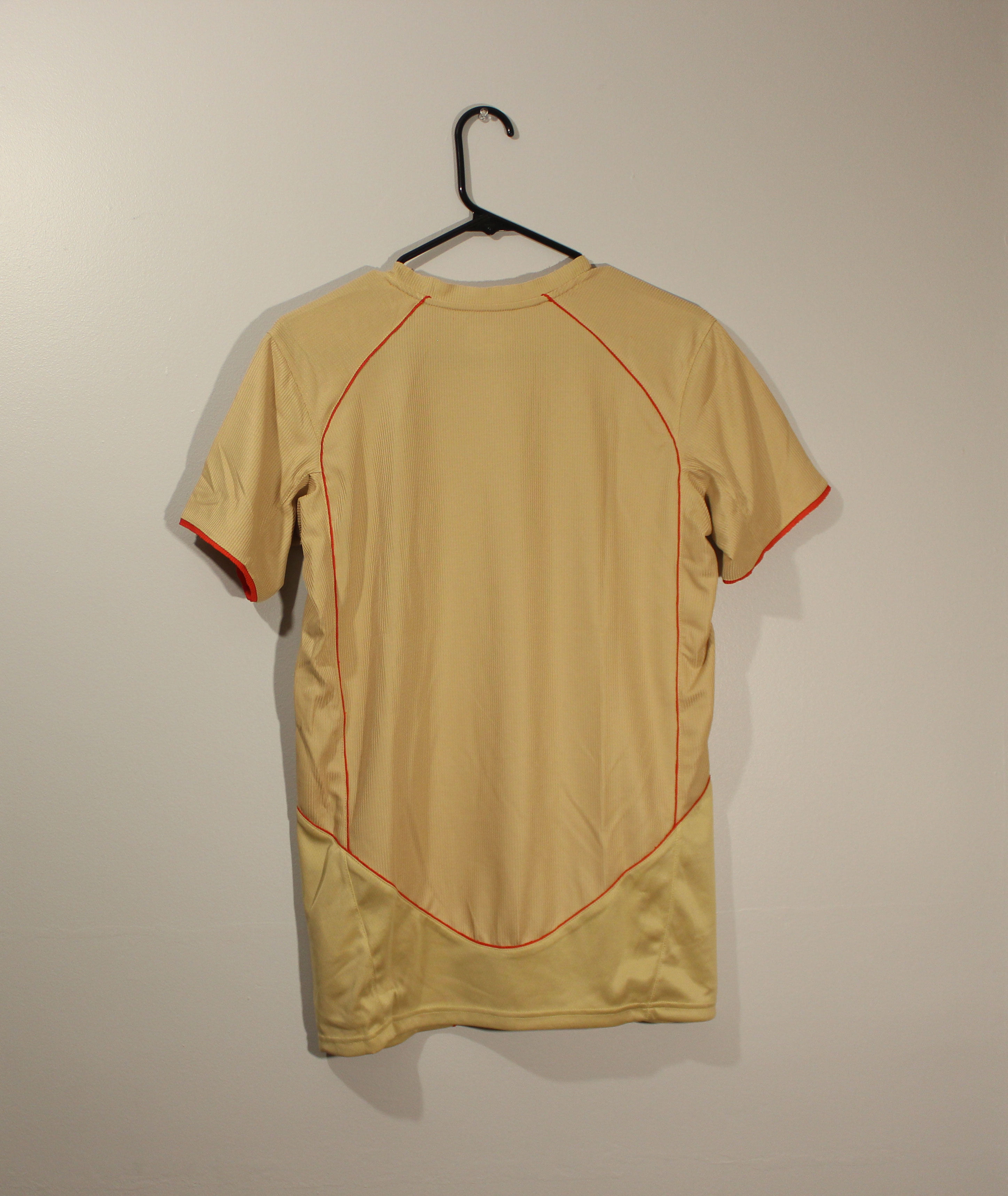 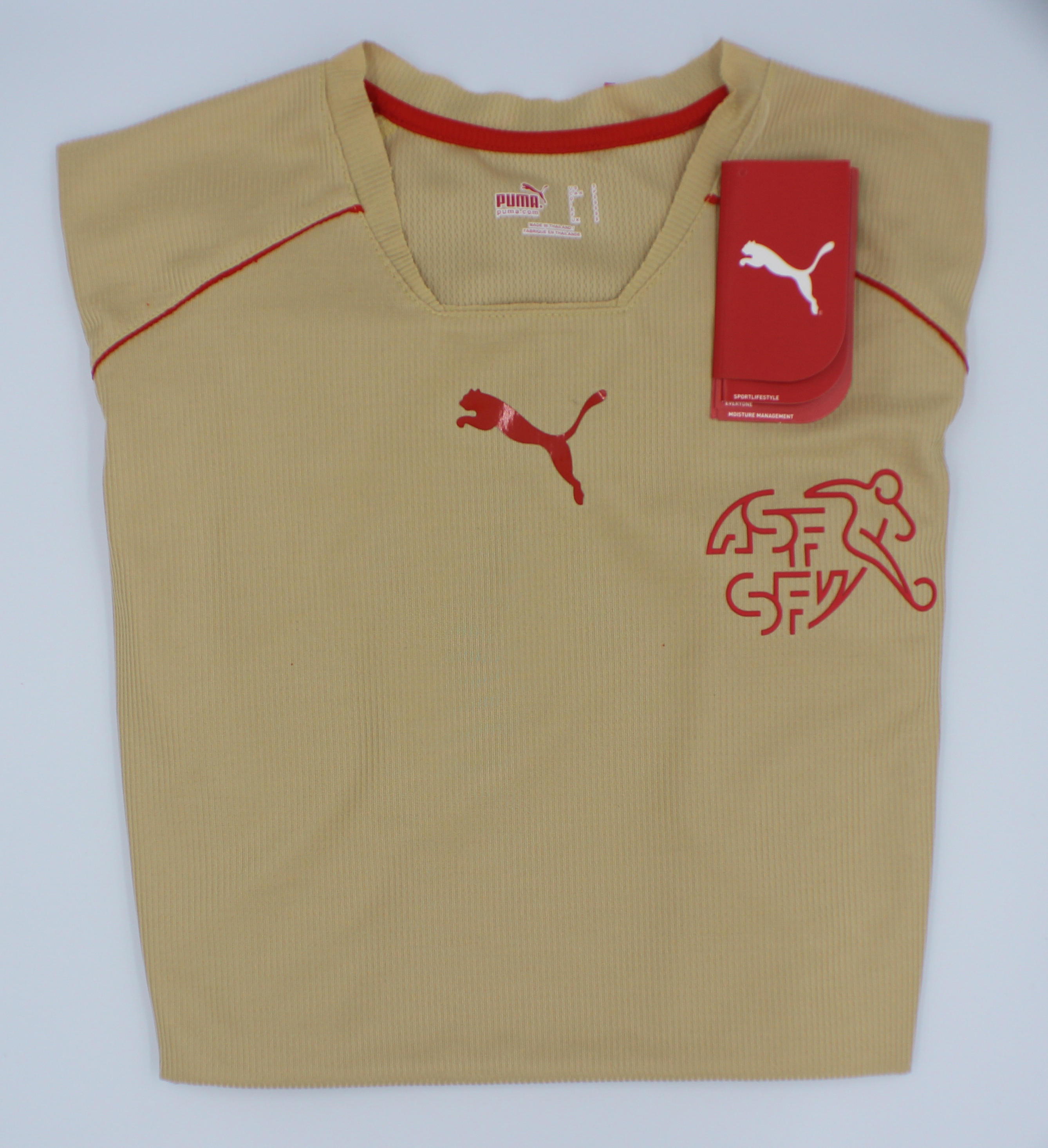 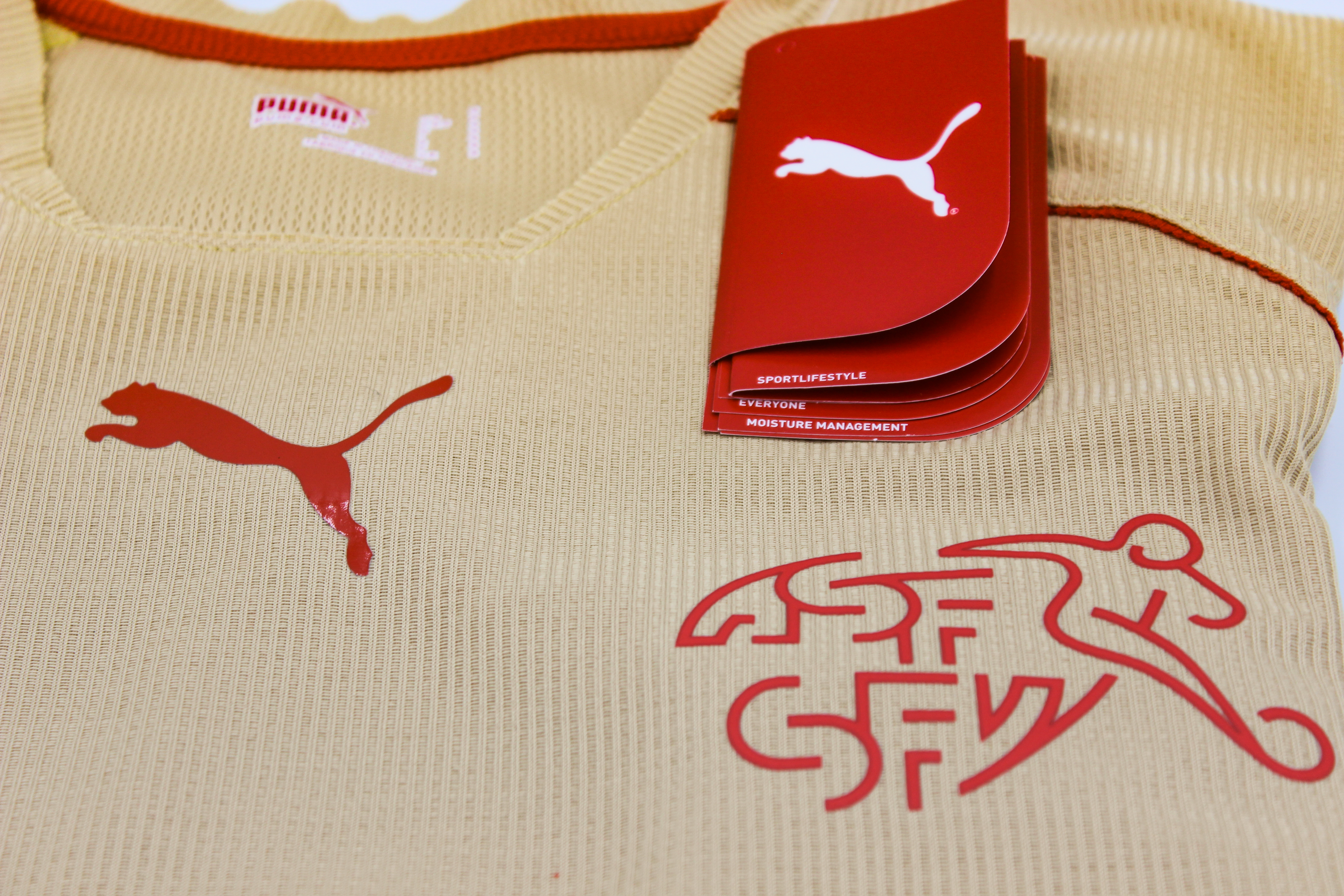 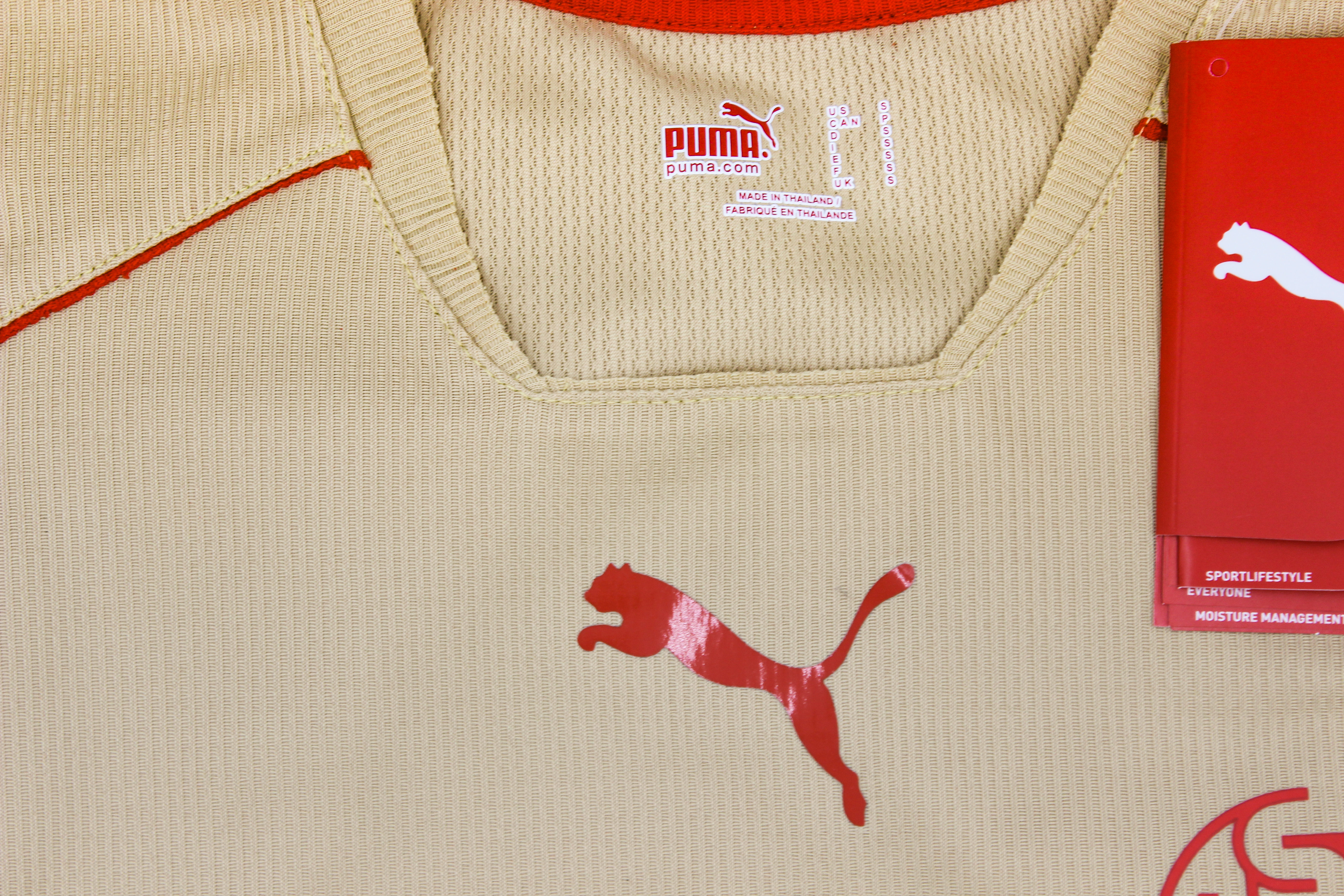 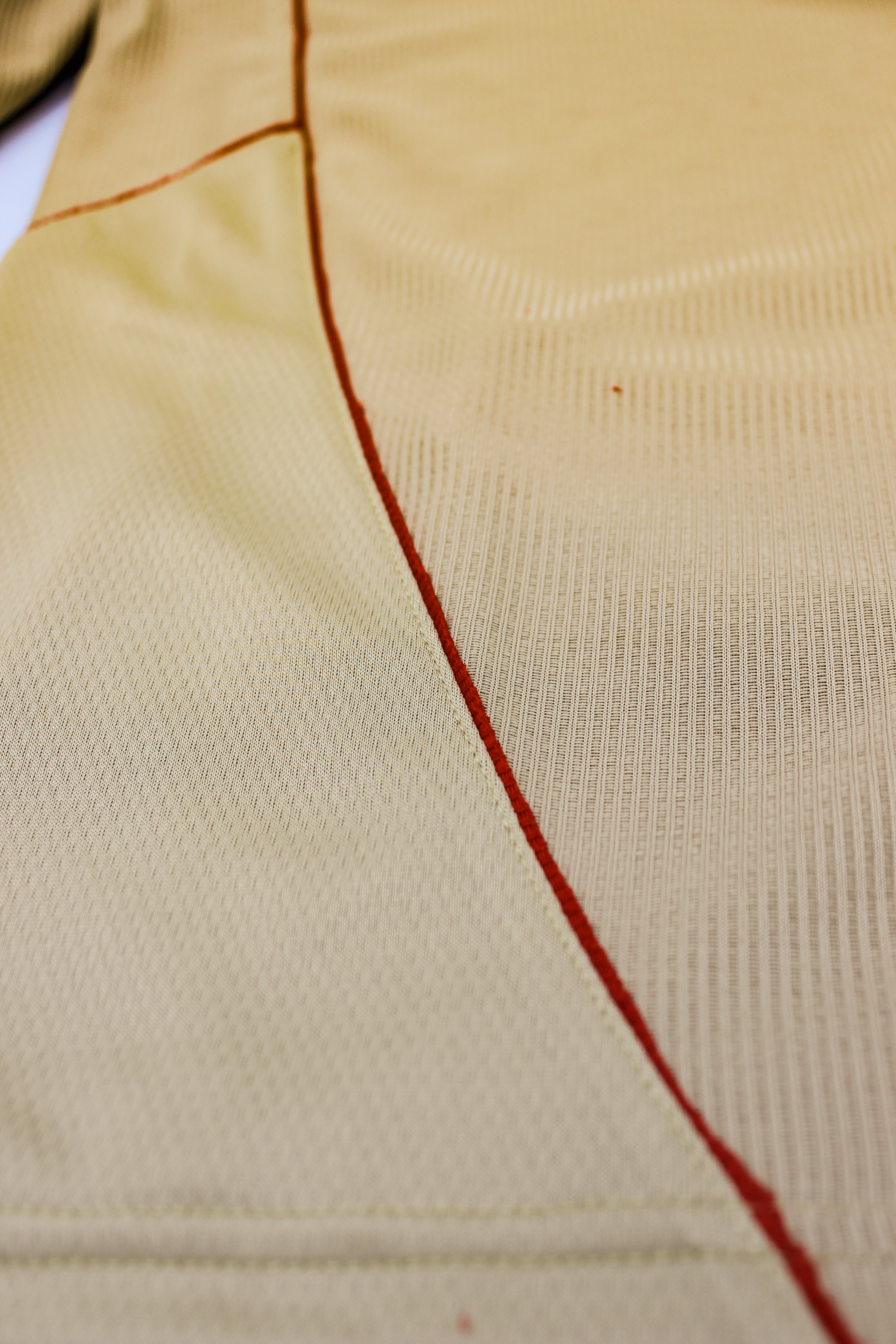 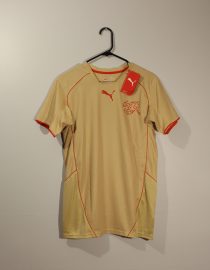 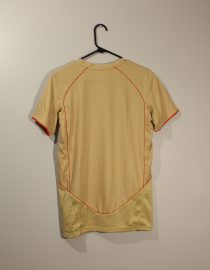 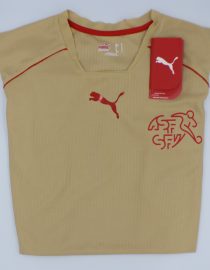 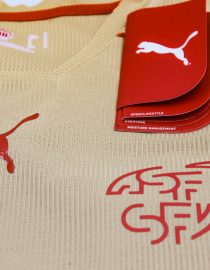 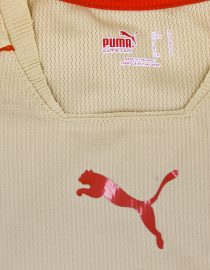 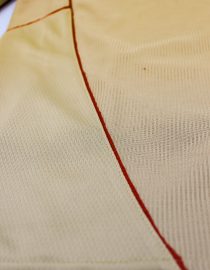 Earn 420 points upon purchasing this product.

The Switzerland jersey for a unique friendly match against Austria in October 2006, the only time the Swiss wore any color other than red and white in 15 years.

This is a sizes S and M authentic short-sleeve third kit for Switzerland’s match against Austria in 2006.

Switzerland we know today has a reputation as an excellent and overperforming big competition team. However, it wasn’t like that in the 2006 World Cup in Germany. This jersey represents the start of glory days for the Swiss national team. When they were drawn in the same group with France, South Korea, and Togo, only a few would be able to predict that Switzerland would top the group. The team relied on Alexander Frei to score, and he duly delivered by scoring both against Togo and South Korea.

This wasn’t such a surprise considering that Frei scored six times in the World Cup qualifiers, playing a big role in Switzerland making it to the World Cup. The team looked like they were ready to go far, especially when the draw gave them less than impressive Ukraine. However, a team led by Schevchenko took them to penalties, where Switzerland missed every one of them, handing the quarter-finals qualification to Ukraine.

This team consisted of some very interesting names who wore this shirt, some of them being Arsenal’s duo Phillipe Senderos and Johan Djourou, and the team captain Johann Vogel, who played for AC Milan at the time. This tournament set the tone for Switzerland to be an important presence in each World Cup that succeeded, up to this day.

The sizing for this jersey is the same as you wear every day. With Sizes S and M available, this jersey has two smaller fit options.
Reviews (0)