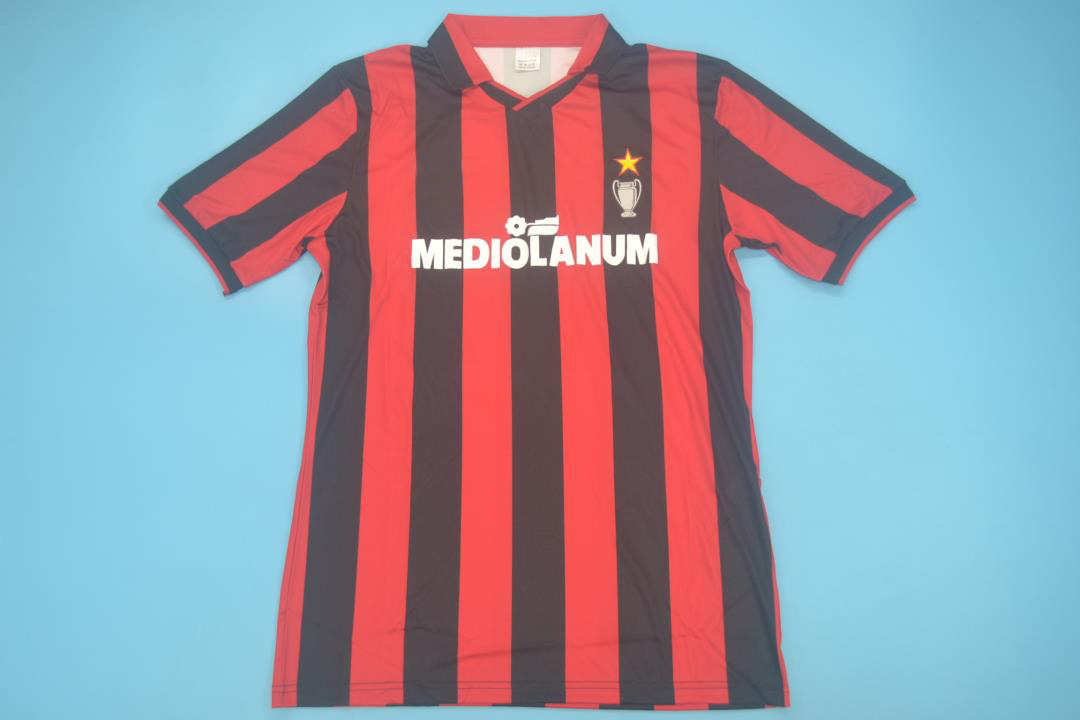 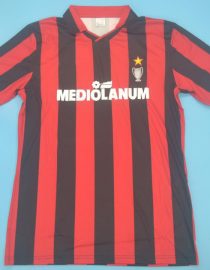 Earn 420 points upon purchasing this product.

This is the fully-customizable short-sleeve home kit for AC Milan’s 1990-1991 season with the European Cup as a logo.

After winning the European Cup the previous season, Milan had all the ingredients to defend their title in 1990-1991. However, Arrigo Sacchi couldn’t win a single trophy that season, prompting Fabio Capello to take over at the end of the season.

There were some legendary names wearing this kit, including Paolo Maldini, Alessandro Costacurta, Carlo Ancelotti, and the legendary Dutch trio – Ruud Gullit, Frank Rijkaard, and Marco van Basten. Milan ended the season with five points behind the title winners, Sampdoria who were led by Roberto Mancini. This was the result of two losses to Sampdoria this season, where Milan didn’t score a single goal. As for the European Cup, they were knocked out by Marseille, with only Gullit scoring for Milan side. We also have the Intercontinental Cup version on our store.