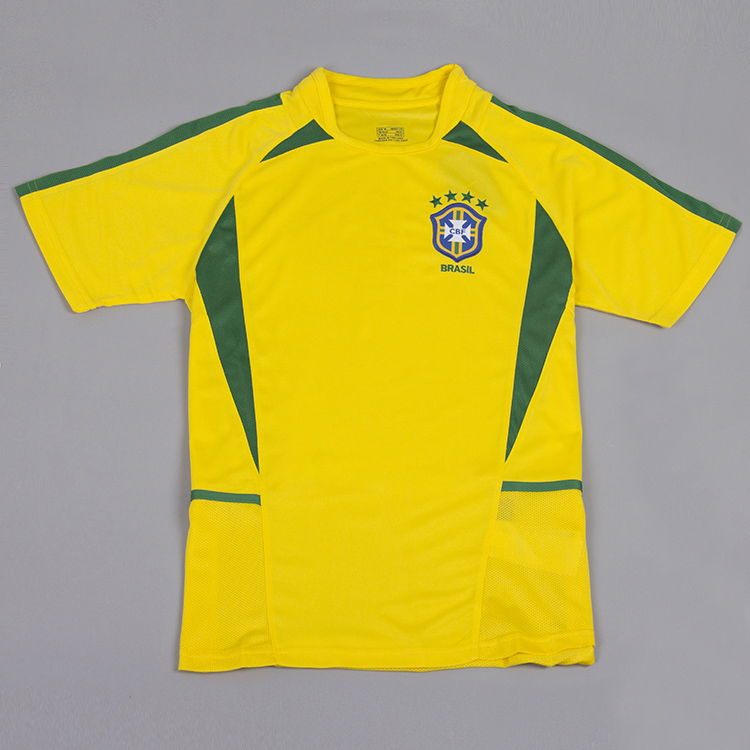 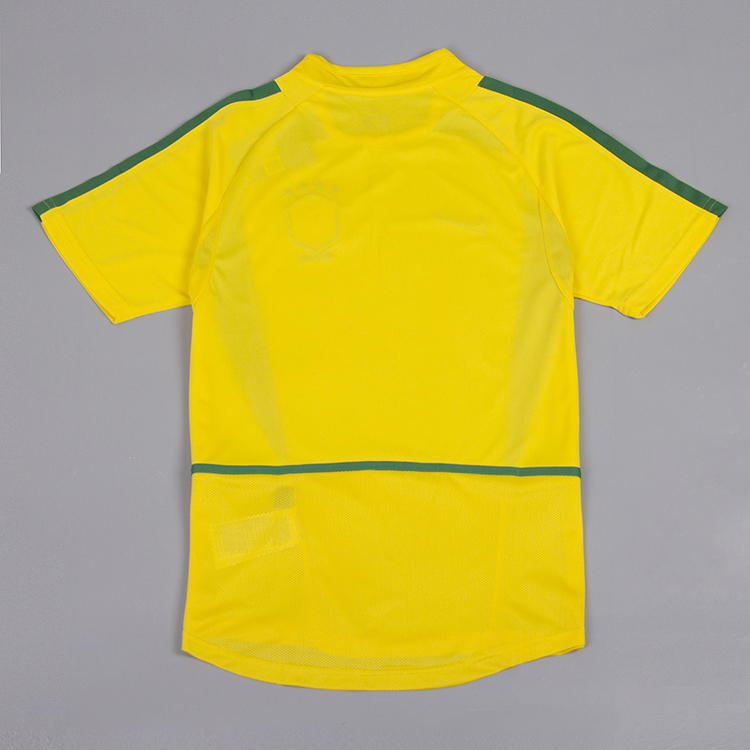 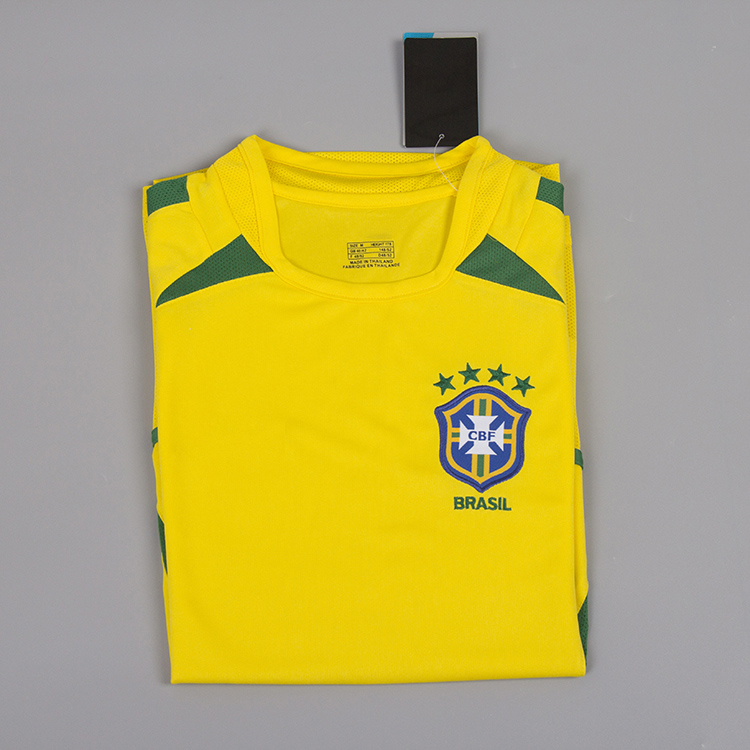 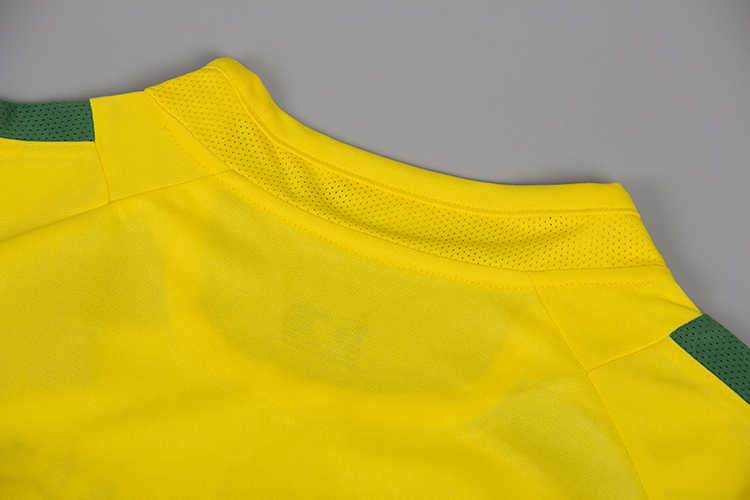 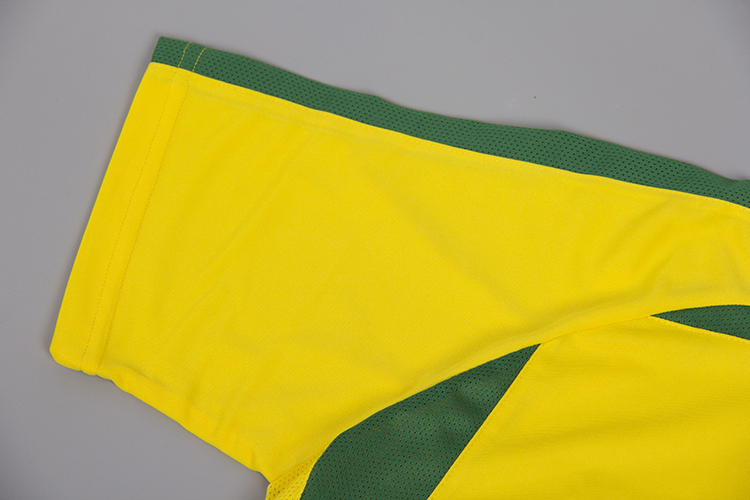 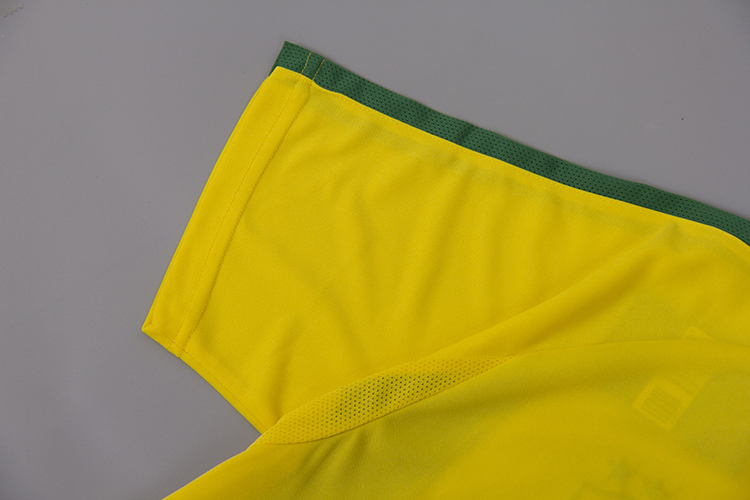 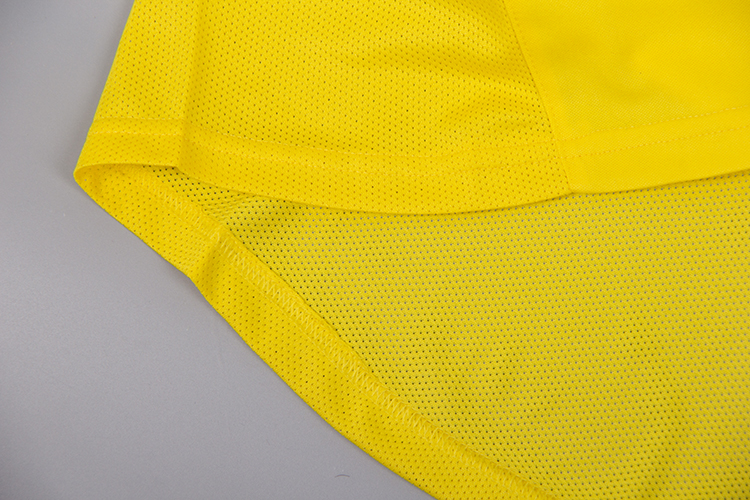 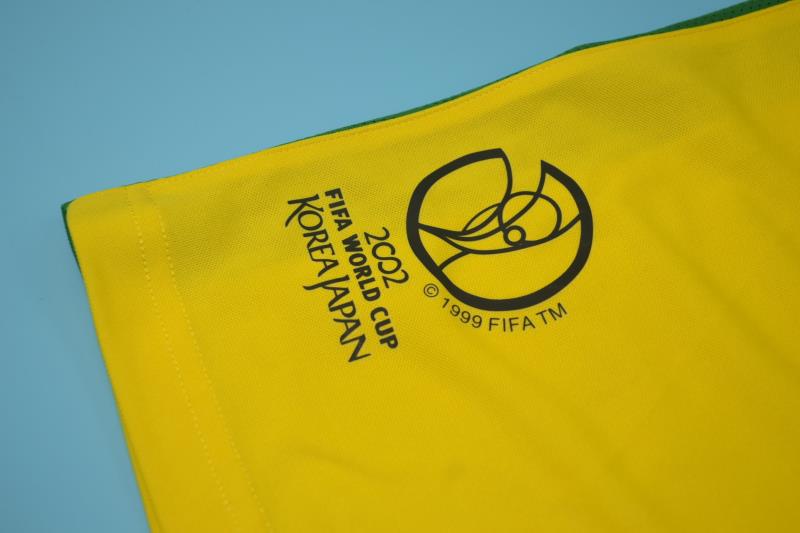 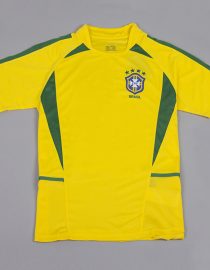 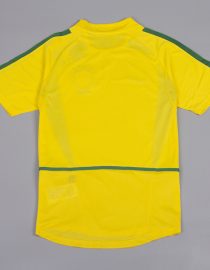 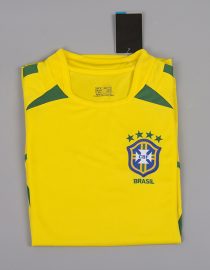 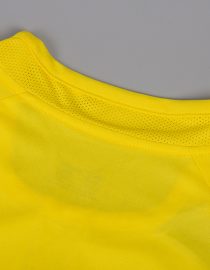 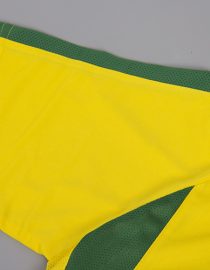 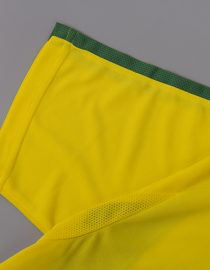 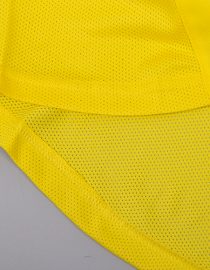 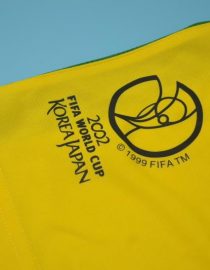 Brazil’s home short-sleeve jersey for the 2002 World Cup. With Ronaldo, Ronaldinho, and Rivaldo, Brazil had one of the most fearsome teams ever.

This is the fully-customizable short-sleeve home kit for Brazil’s 2002 World Cup.

It seems like forever since Brazil won the World Cup last time. However, it didn’t feel like it was gonna be that way in 2002. The team lead by the brilliant “Triple R” – Ronaldo, Rivaldo, and Ronaldinho – won the World Cup, beating Germany in the final. Brazil dominated the group, getting three wins in three matches, beating Turkey, Costa Rica, and China in the process.

The round of 16 saw them match up with Belgium, which they routinely beat 2-0 with goals from Ronaldo and Rivaldo. The world was ready for a spectacle after the quarter-finals matched up England and Brazil. The English hero, Owen, put England in the lead. However, Rivaldo tied the score at the end of the first half, while Ronaldinho made his name known in the Brazil kit, by scoring one of the most memorable free-kick goals ever against Seaman. After Rivaldo and Ronaldinho carried the load in the first two rounds, Ronaldo took over and scored a winning goal against Turkey, as well as both goals for Brazil in 2-0 win in the final against Germany. Some of the most memorable Brazilian players ever wore this kit, including Cafu, Roberto Carlos, Ronaldinho, Rivaldo, Ronaldo, etc.