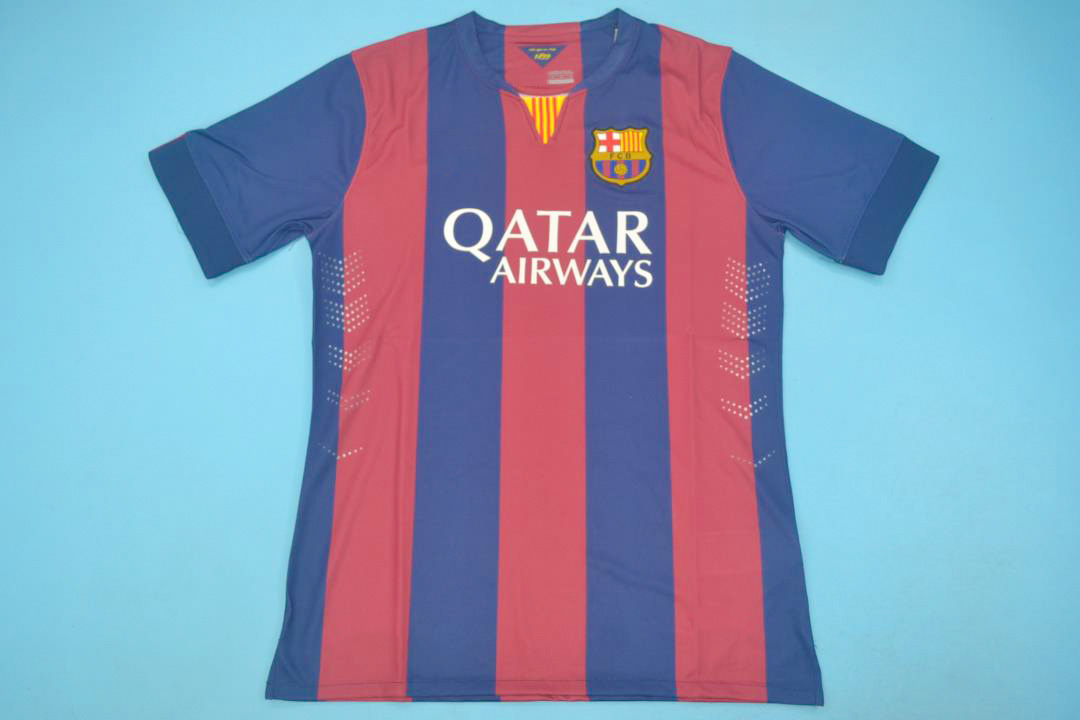 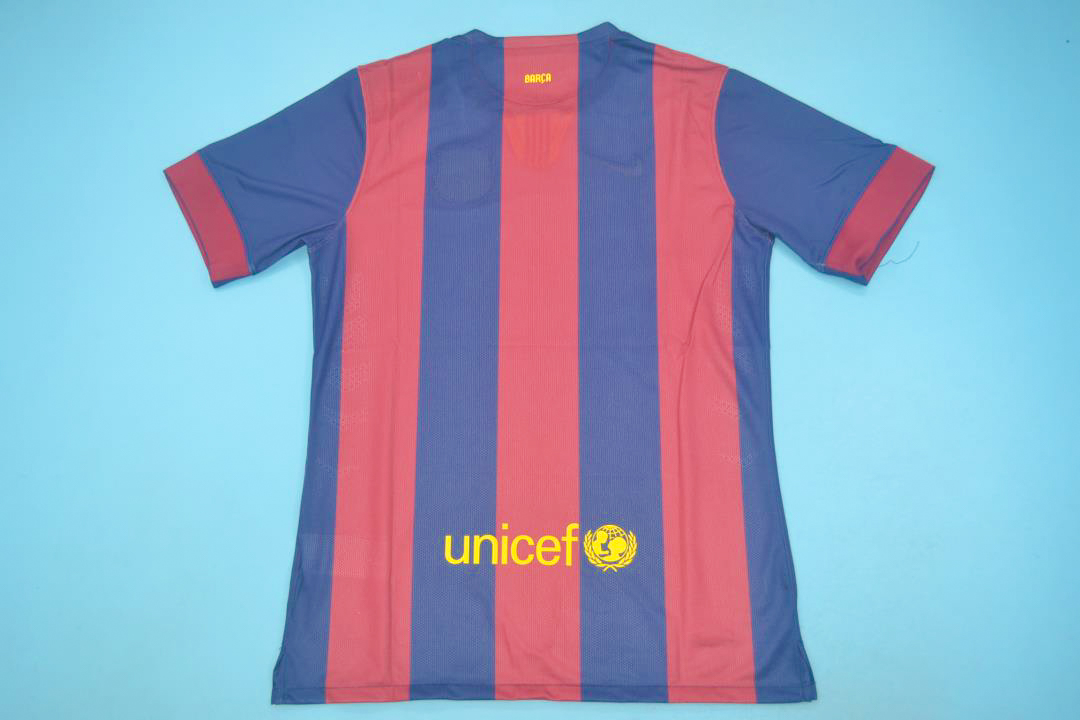 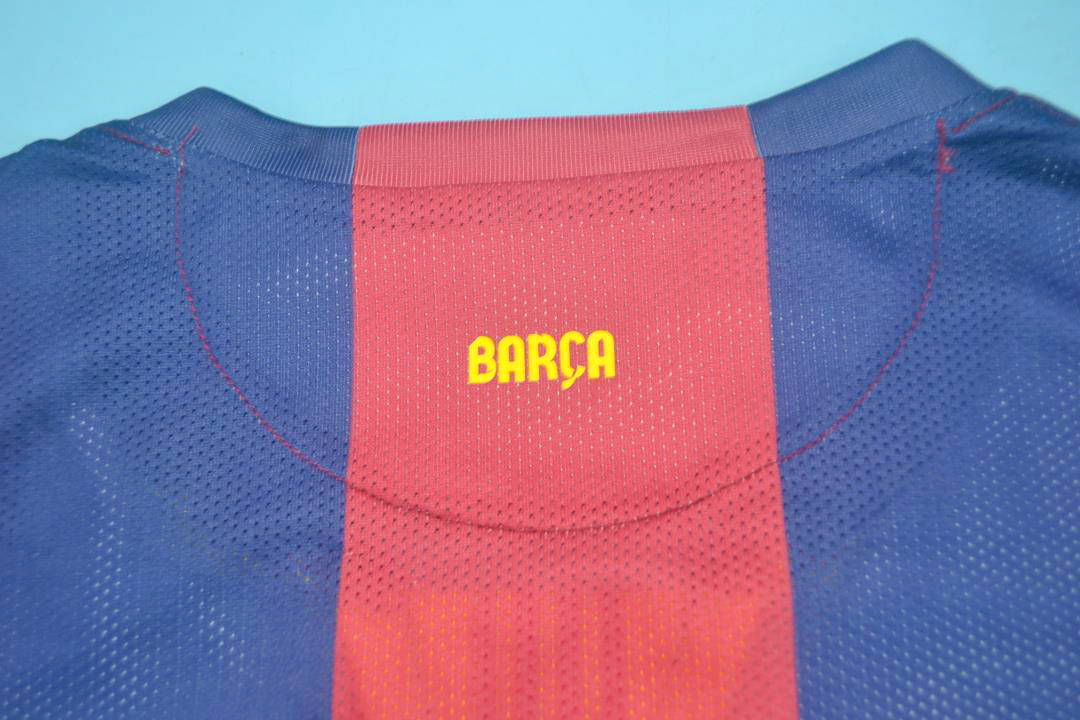 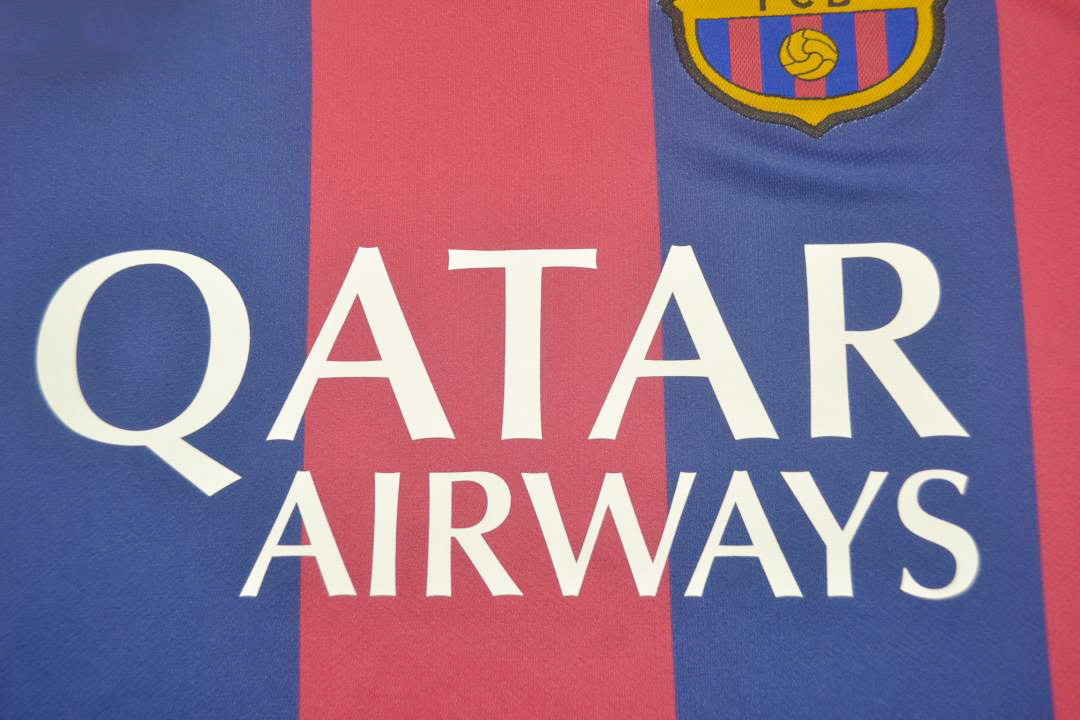 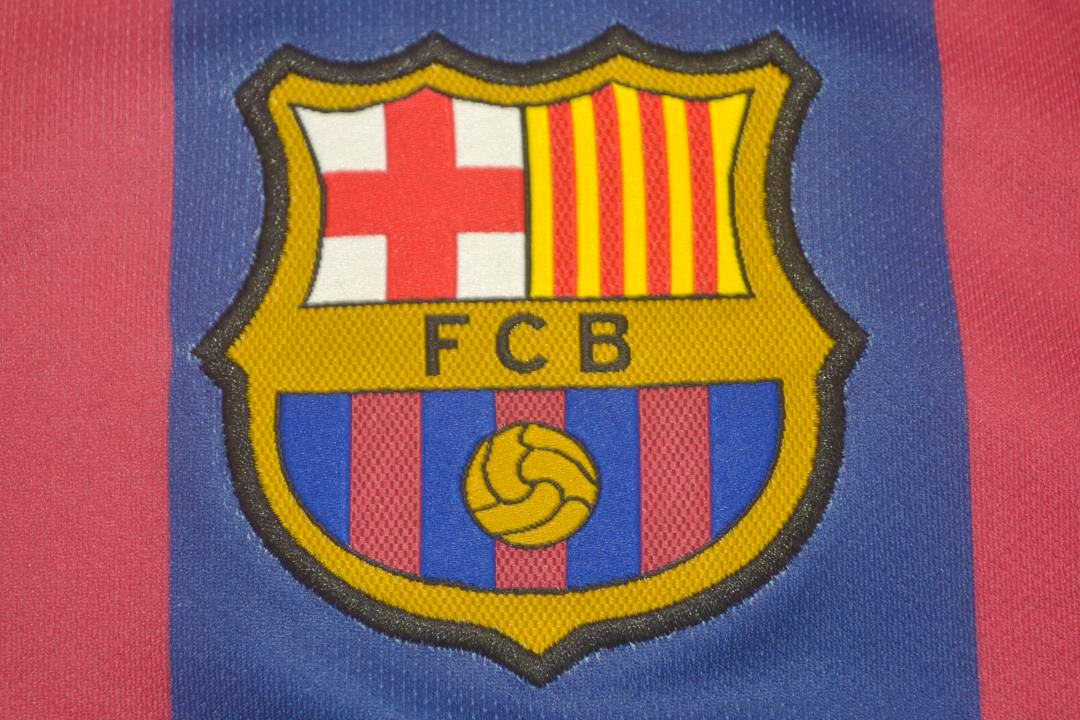 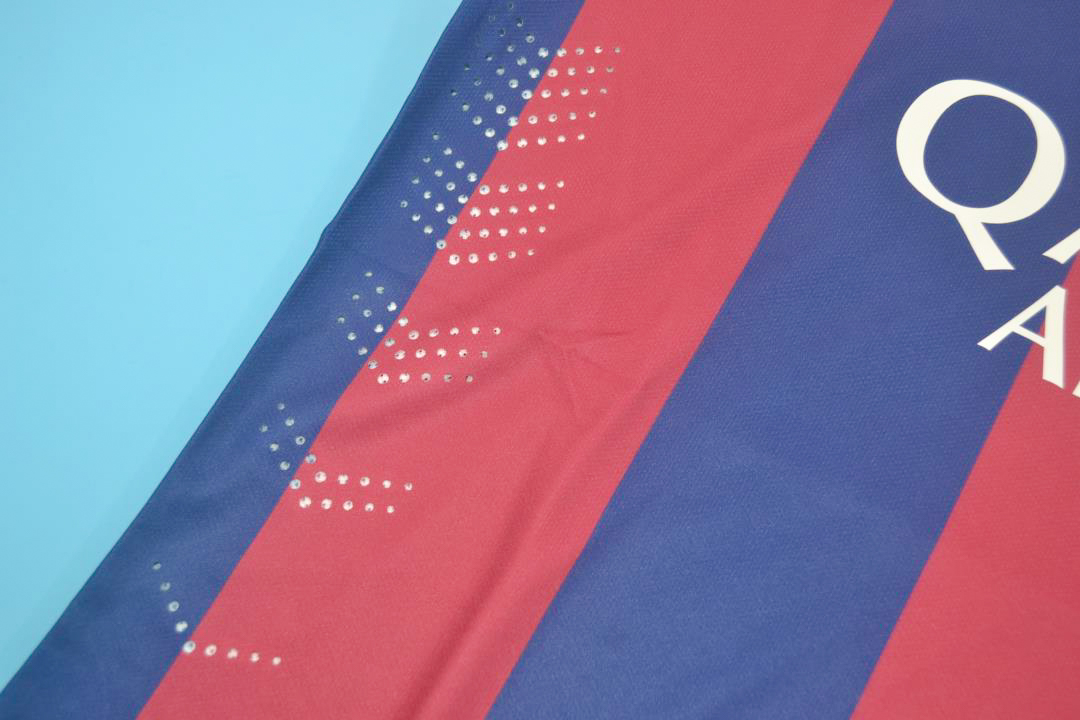 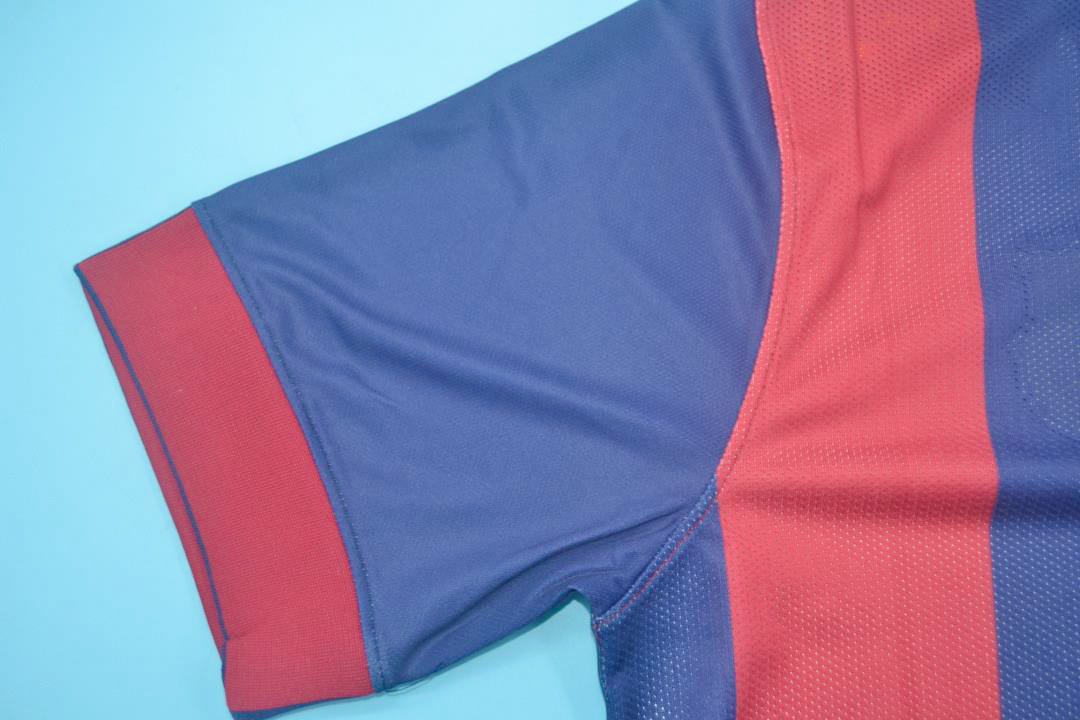 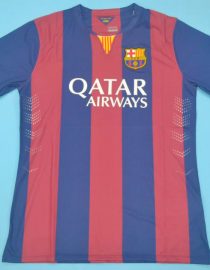 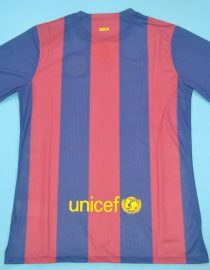 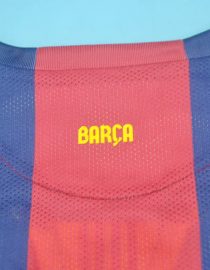 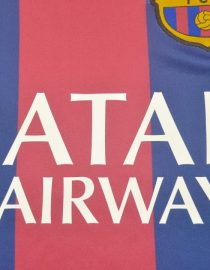 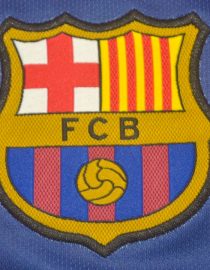 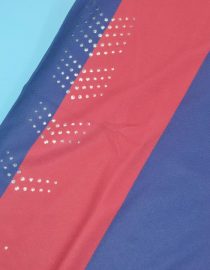 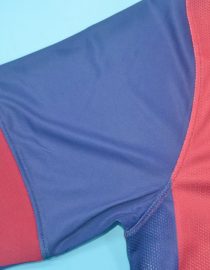 Earn 385 points upon purchasing this product.

The short-sleeve home jersey of the “MSN”, the year the deadly trio of Messi-Suarez-Neymar conquered the LaLiga, the Champions League and the Copa del Rey.

This is the fully-customizable short-sleeve home kit for FC Barcelona’s 2014-2015 season.

This jersey is remembered by Barcelona fans as an incredibly successful one, since Barcelona won an incredible treble: the Champions League, LaLiga, as well as the Copa del Rey.

The team was led by the legendary Lionel Messi on the right-wing, the unpredictable Neymar on the left-wing, and goalscoring machine Luis Suárez as center-forward. This trio is probably one of the most overpowered in history, as they scored 122 goals between them in all competitions, becoming the trio with most goals in the whole of Spanish football’s history.

In LaLiga, the team started strong and was first for most of the start of the season, after which they had a more difficult period from matchday 11 to 25, right before grabbing the first place and staying there until the end of the season. In the Copa del Rey, this magnificent team won every single match they played, including the final against Athletic Bilbao. That final is also remembered for an incredible Messi goal, as he slalomed through Bilbao’s defence right before placing a powerful, precise shot at the near post.

In the Champions League, the team annihilated pretty much every opposition they encountered. In the group stage, they only lost one match against PSG, winning the other 5 and finishing up top. After that, they disposed of Manchester City, PSG, and Bayern Munich en route to the final. In the final, they met Juventus, and although it was a tight encounter for most of the match, Suárez scored the goal for the 2-1 break right after Morata’s 1-1 equalizer, and Barça handled the match pretty easily after that, Neymar even scoring on the last chance of the match to make it 3-1.