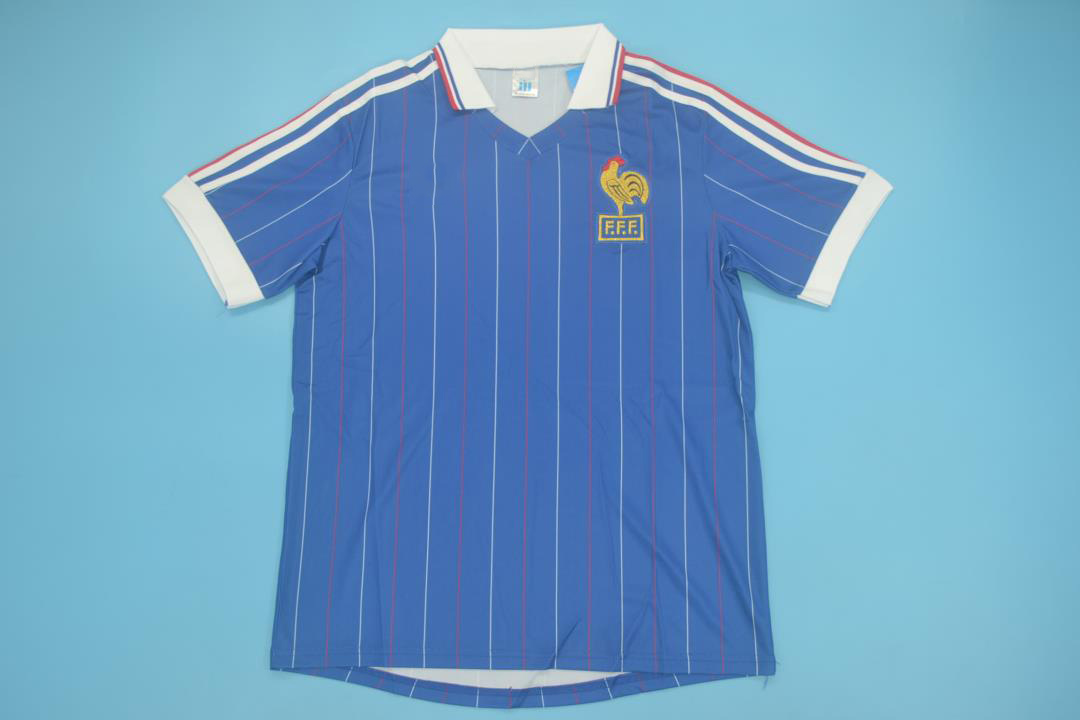 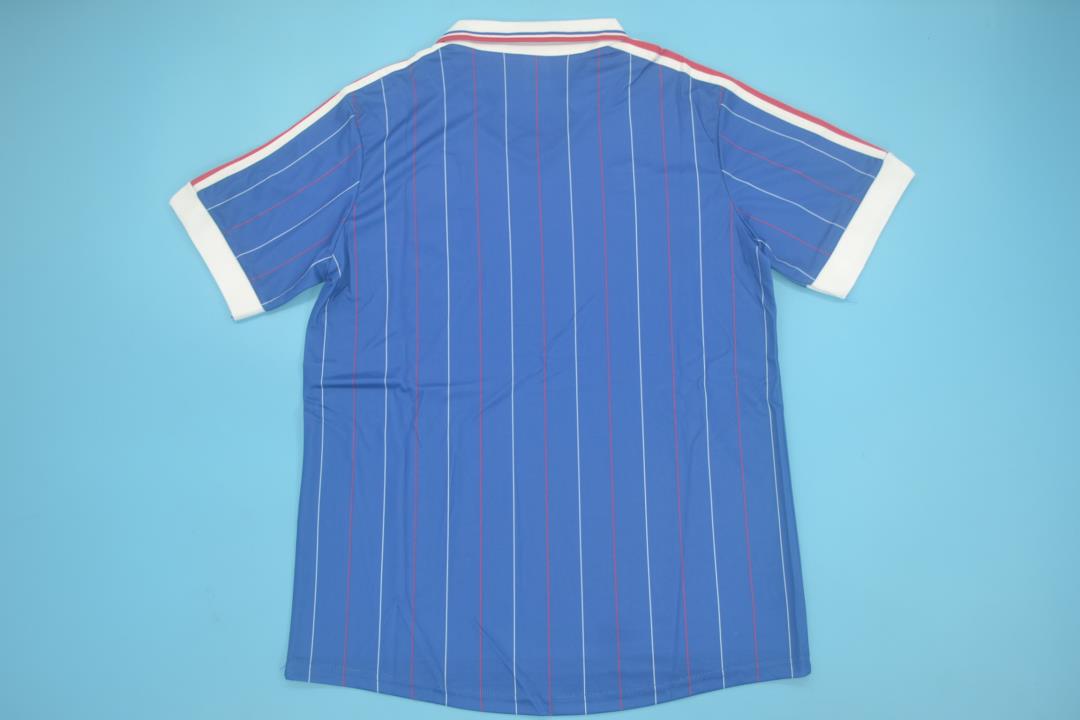 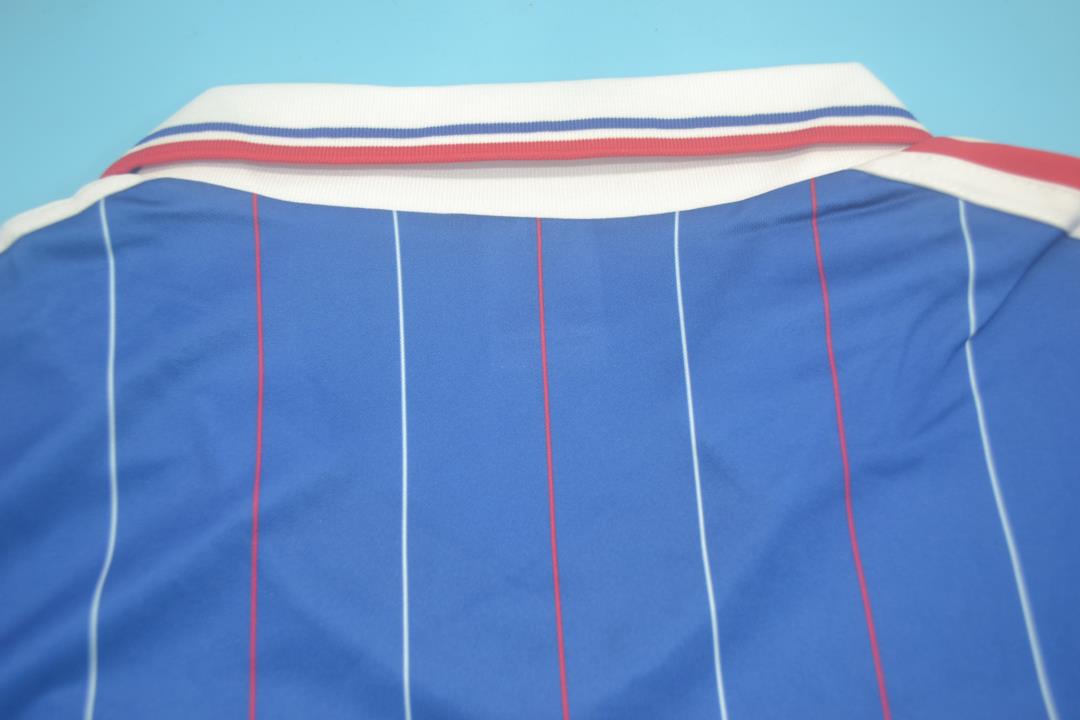 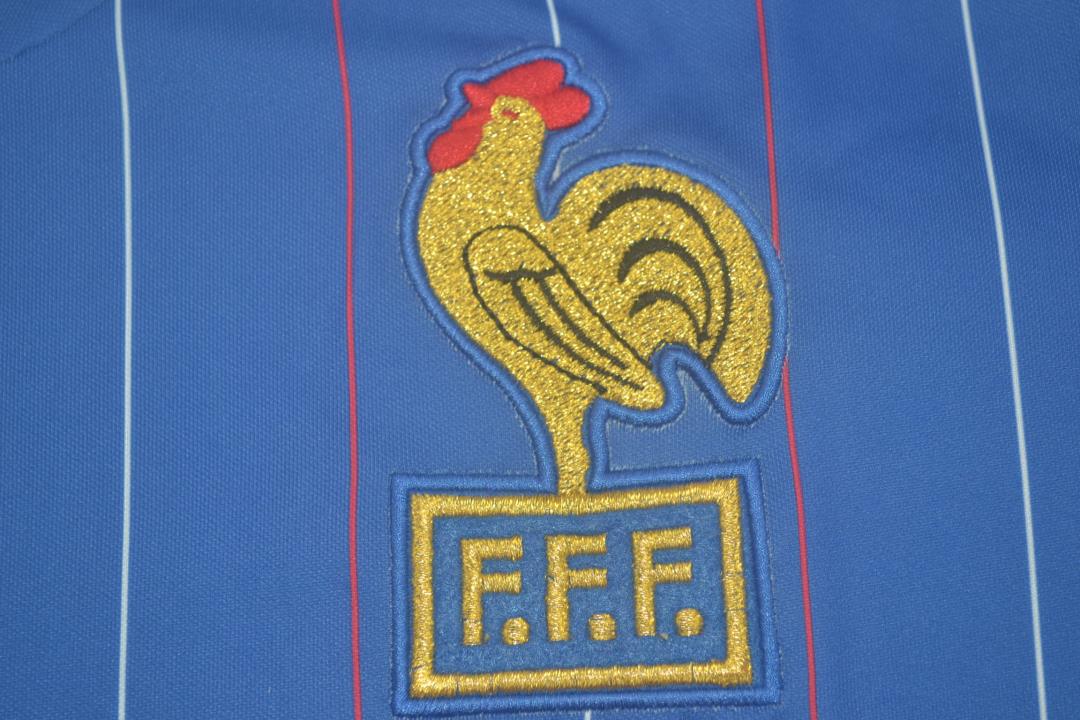 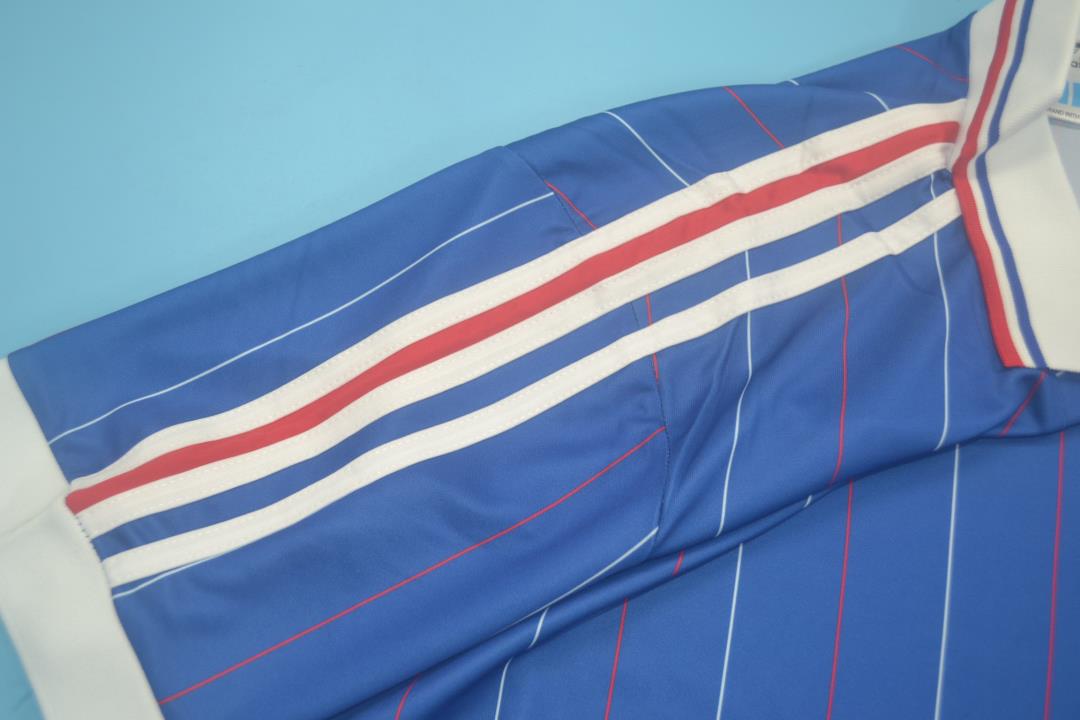 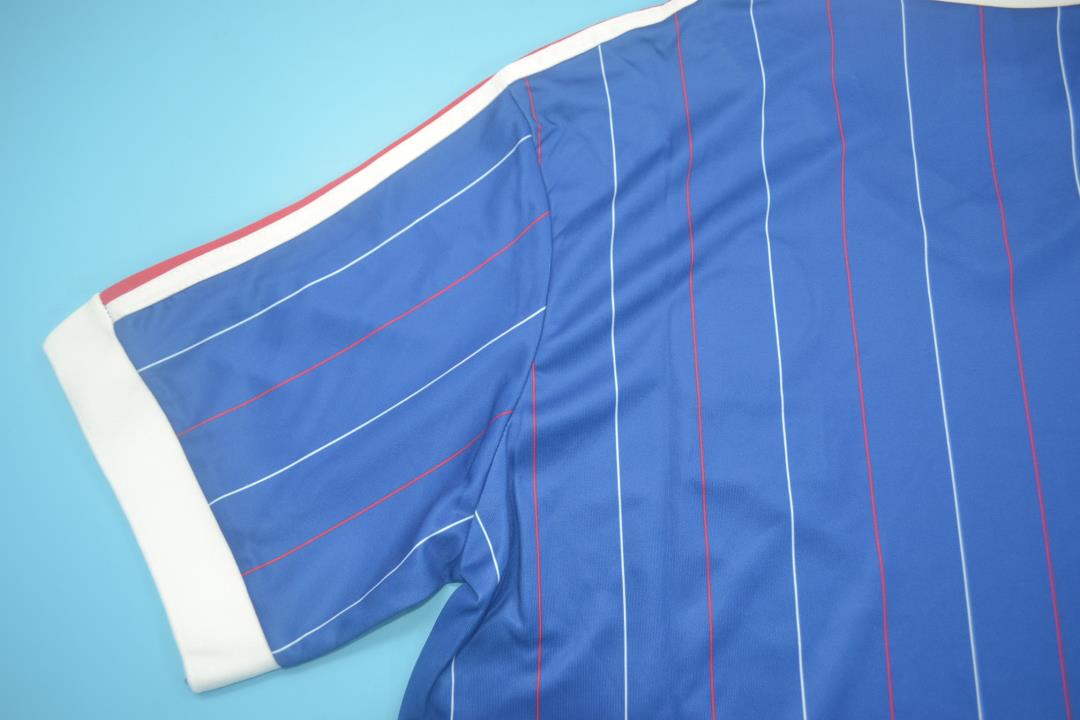 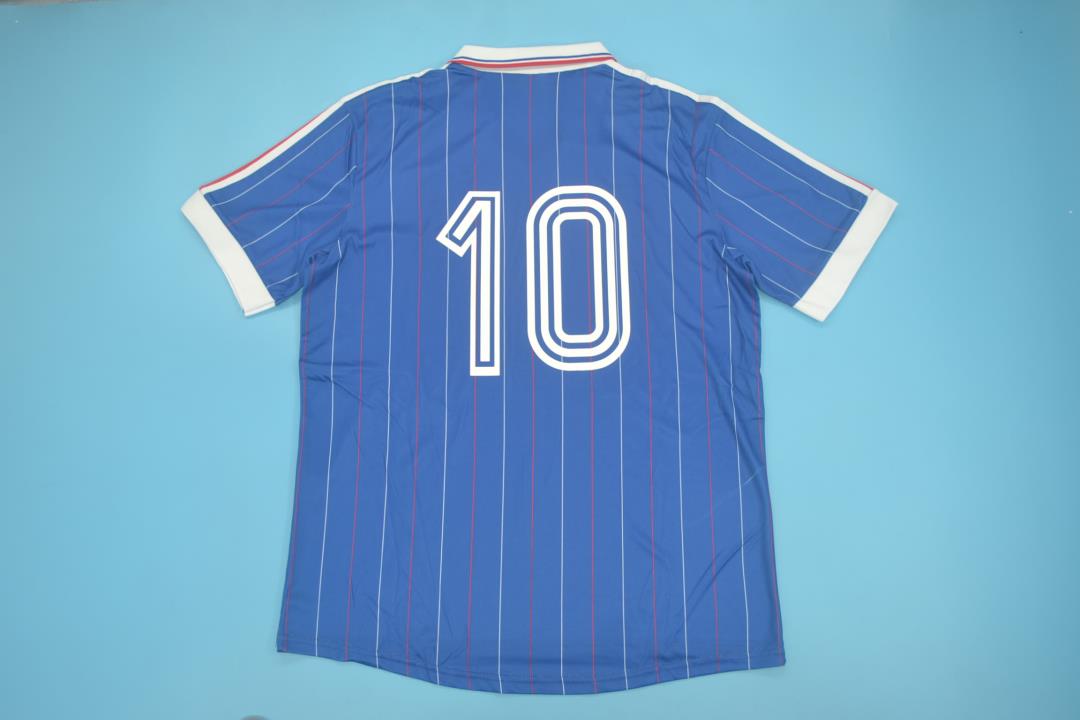 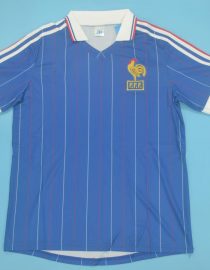 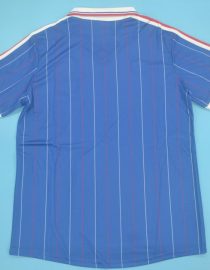 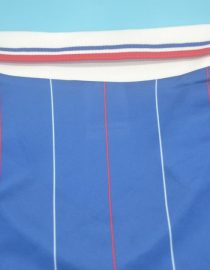 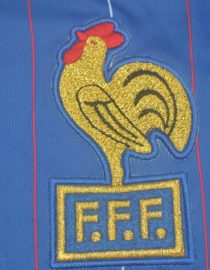 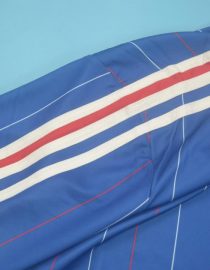 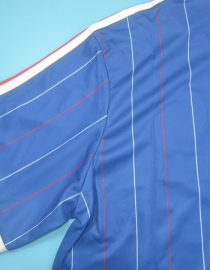 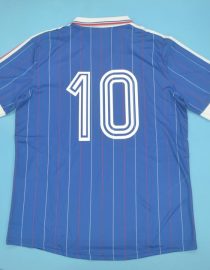 The fully-customizable France home kit jersey for their 1982 World Cup campaign, where they got all the way to the semi-finals where they lost on penalties.

This is the fully-customizable short-sleeve home kit for the France 1982 World Cup campaign.

France had numerous legendary teams throughout history as the French are one of the traditionally strongest nations in football. However, the 1982 World Cup remains an occasion where the footballing intensity reached its peak.

France got all the way to the semi-finals where they were bound to face West Germany. It was a clash of titans, but the French knew they could hold their own with Michel Platini wearing the captain’s armband. It was a match full of drama, but one moment stands out as West Germany’s goalkeeper Schumacher completely knocked out Patrick Battiston, a man who ended up with two knocked-out teeth and three broken ribs. However, not even a foul(!) was given.

This looked like the breaking point as the match went to penalties after 3-3, including 2-2 in the extra time. Maxime Bossis’ missed penalty was all it took for West Germany who knocked out France. Years later, Platini called this match the favorite one of his career as it encapsulated everything wonderful, dramatic, dirty, and emotional about football.