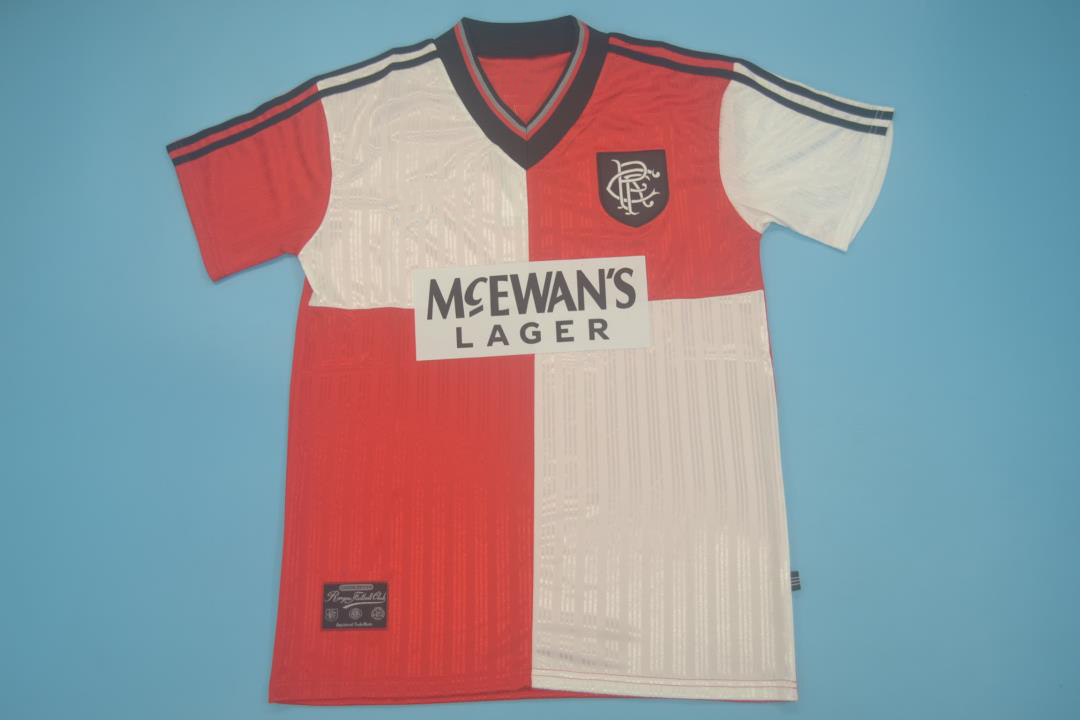 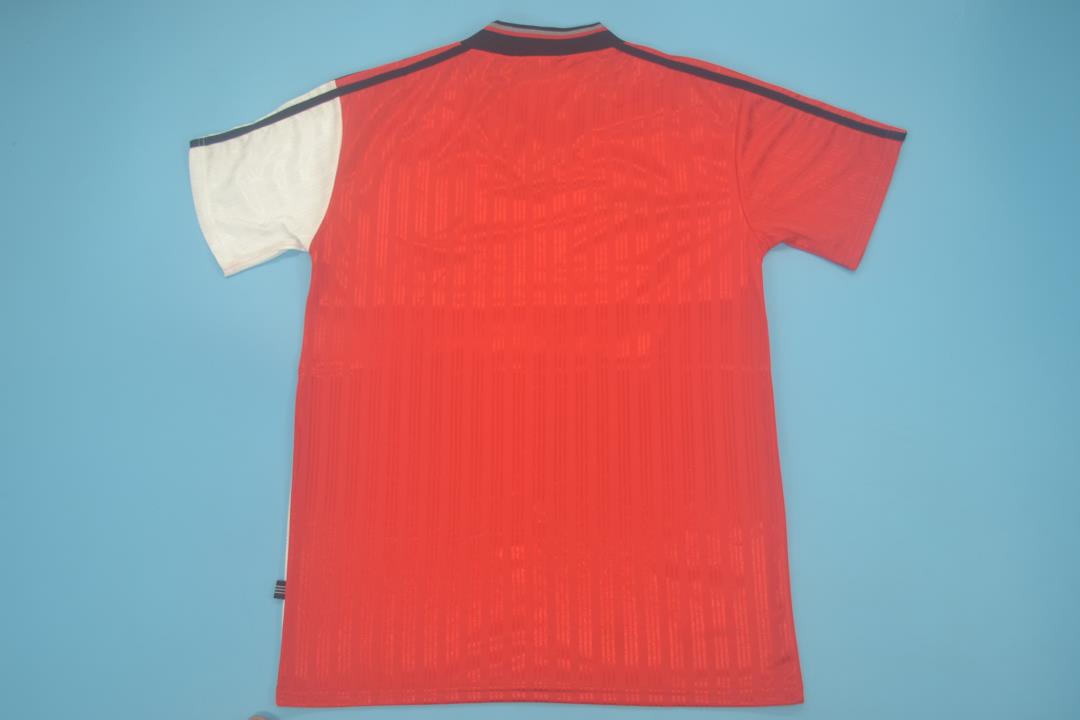 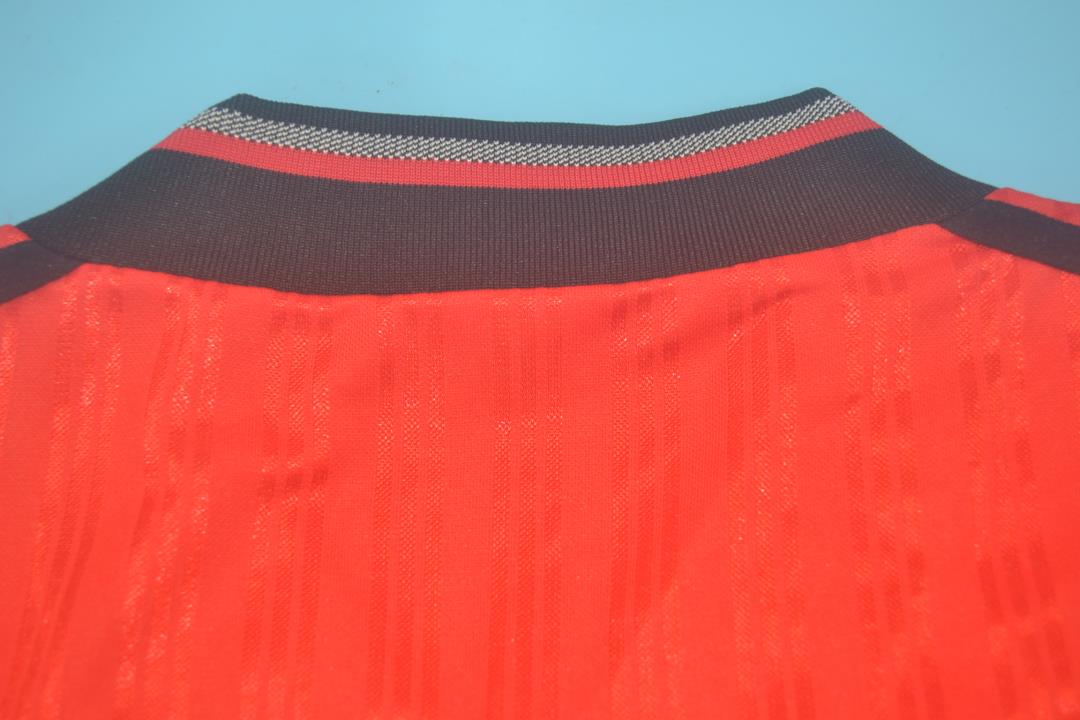 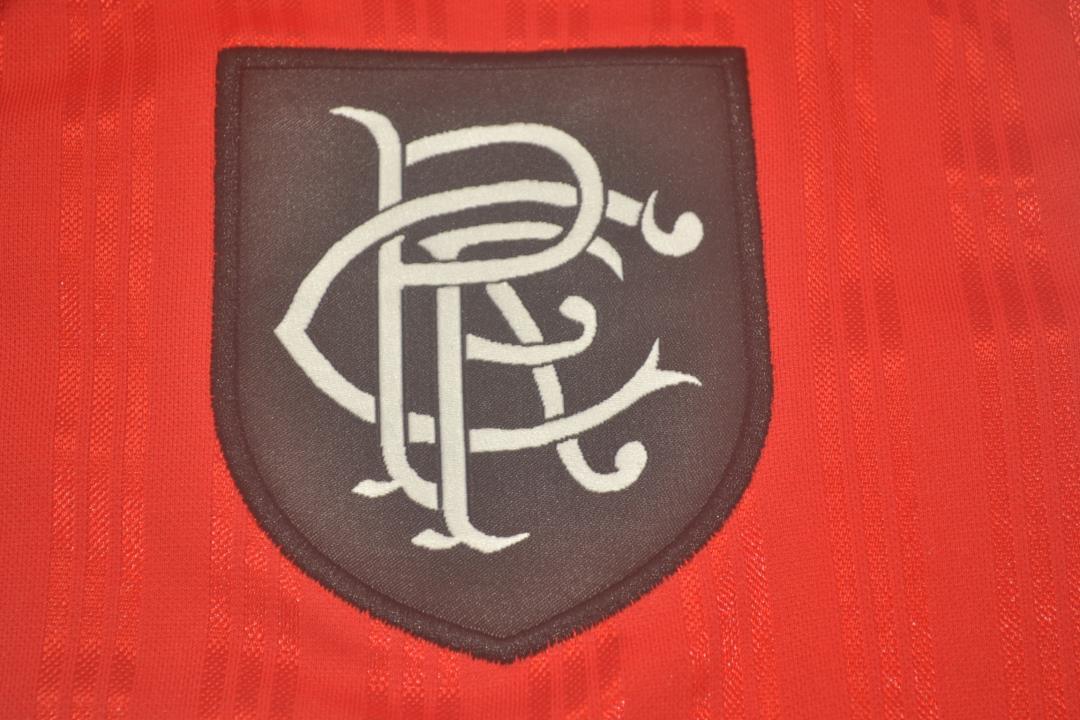 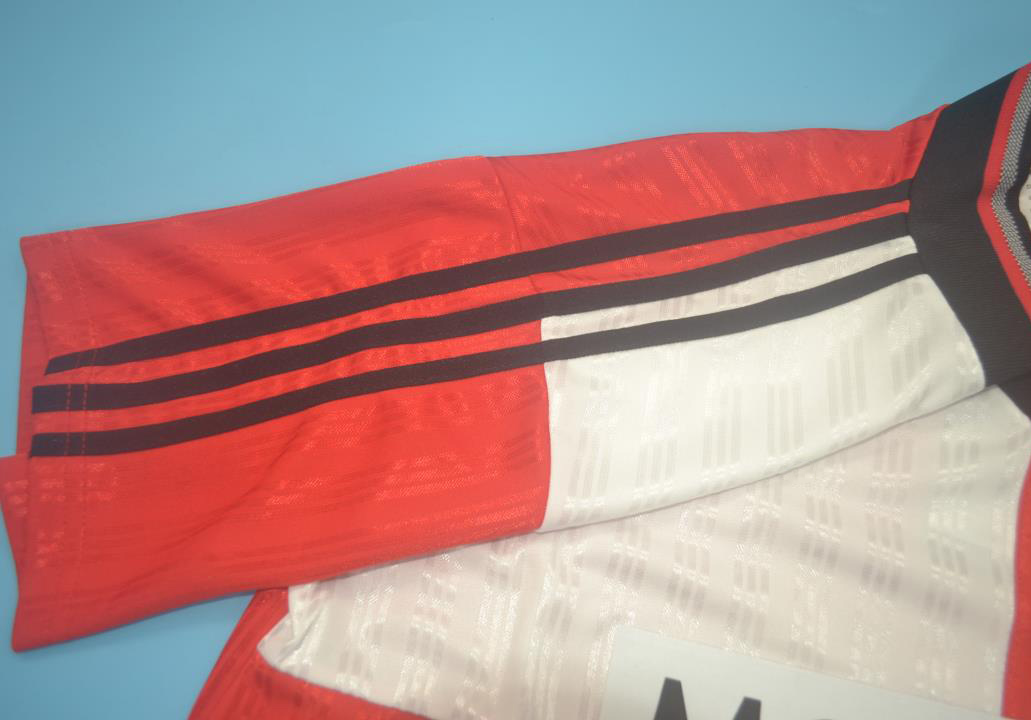 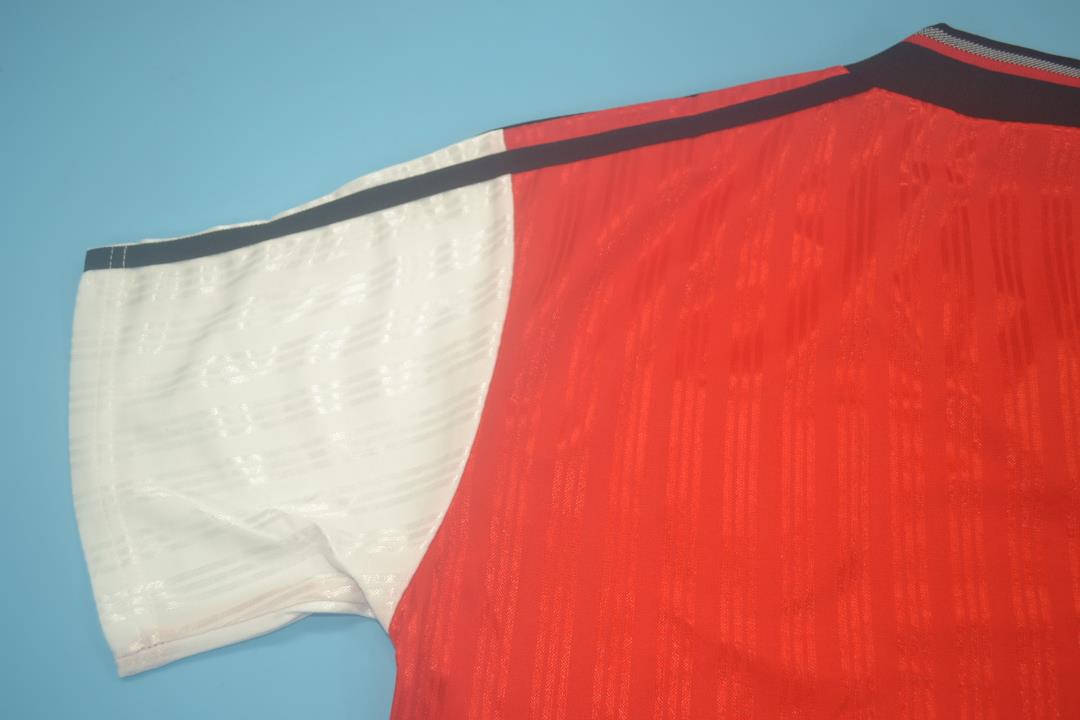 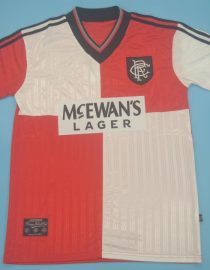 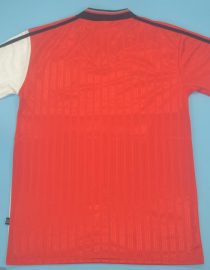 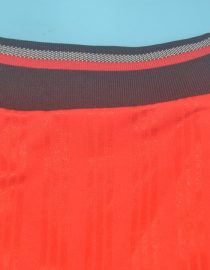 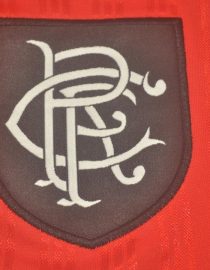 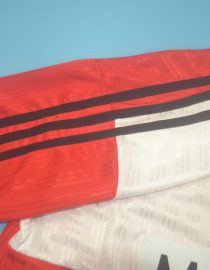 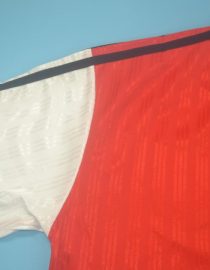 Earn 301 points upon purchasing this product.

The fully-customizable Glasgow Rangers 1995-1996 away shirt, as the Gers won the Scottish first division for the 8th time in a row. They had Gazza and Laudrup.

This is the fully-customizable short-sleeve home kit for the Glasgow Rangers 1995-1996 season.

The 1990s were the period of perhaps the biggest domination Glasgow Rangers have seen in the domestic championship. They won no less than nine consecutive league titles up to 1997, including this one in 1995-96.

Gordon Durie dominated up front, scoring 17 league goals to go along with 23 in all competitions. The biggest name, and the player of the season, was Paul Gascoigne as the legendary Gazza bagged in 20 goals in all competitions. Andy Goram was the main man between the posts, having been featured in all of the club’s matches this season. Alongside Gazza in the midfield, Brian Laudrup was pulling the strings, having scored six goals himself. It was a splendid mixture of fighters and artists, who managed to continue their domestic domination ahead of the hated rivals, Celtic.

(0)
$59.95
Read more
error: Due to competitors copying our texts and images, we are now protecting our content.
X