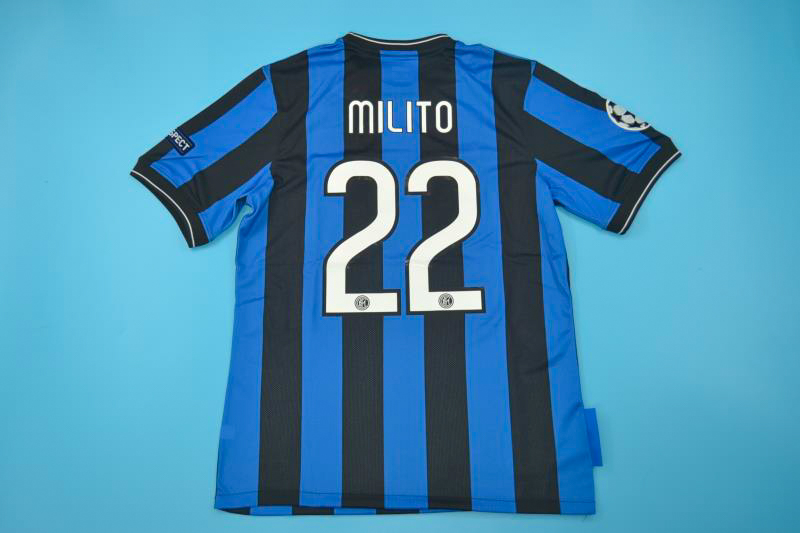 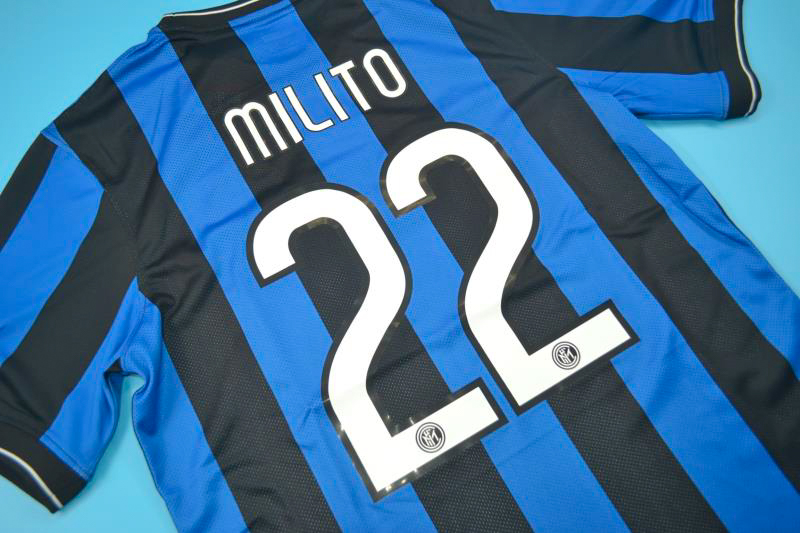 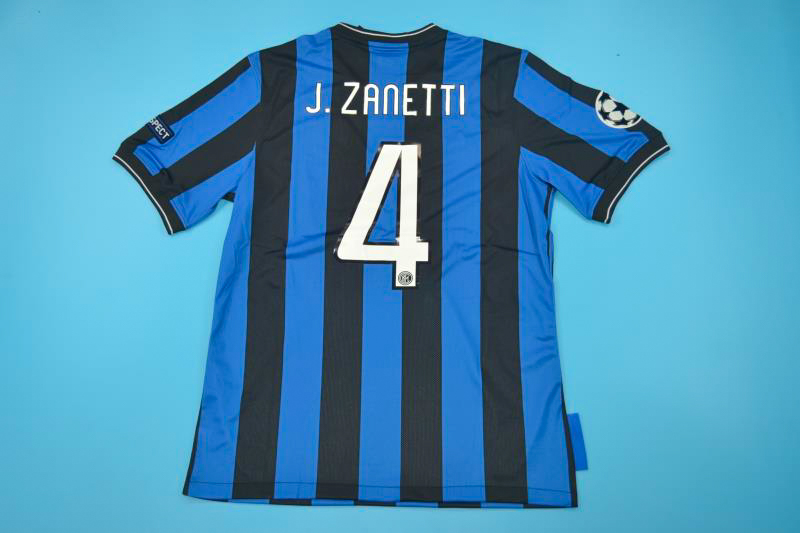 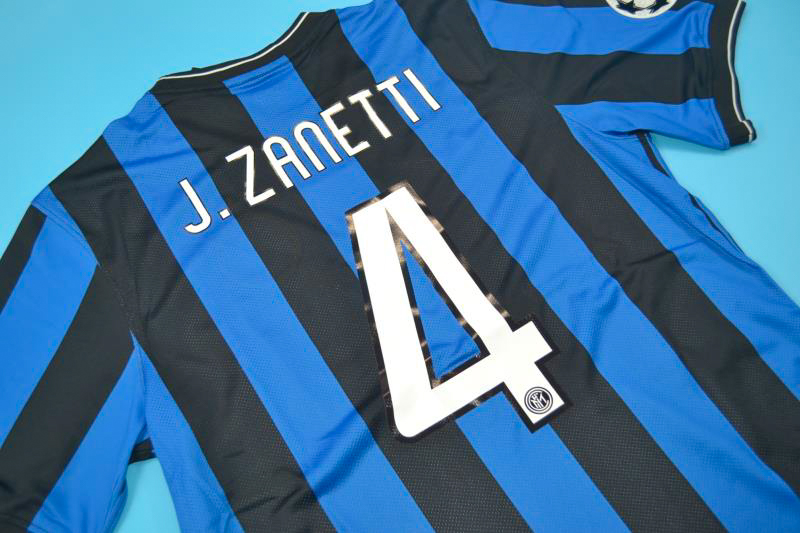 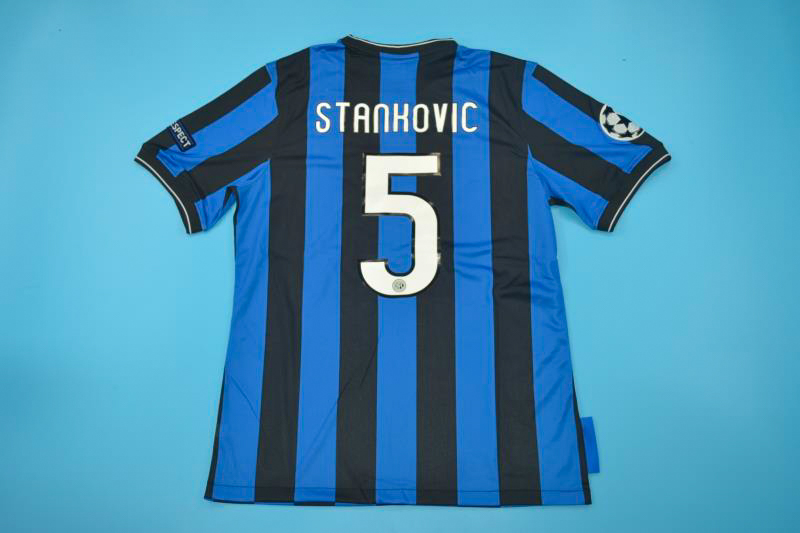 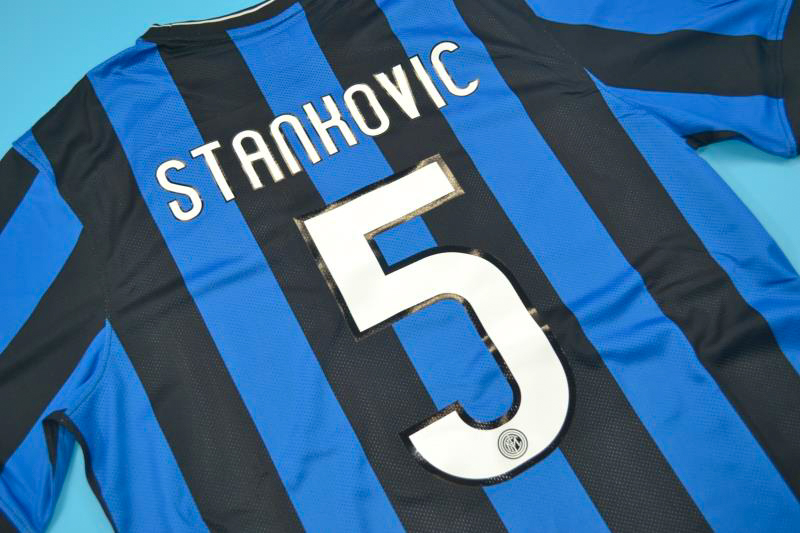 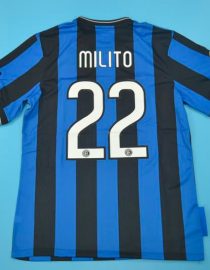 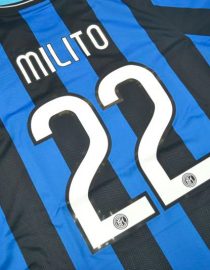 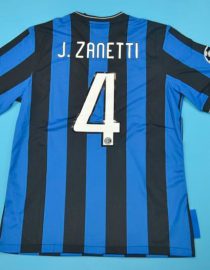 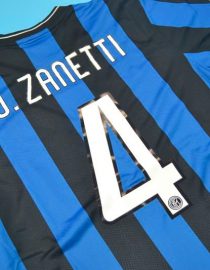 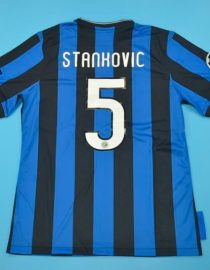 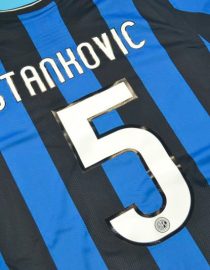 Earn 336 points upon purchasing this product.

The short-sleeve Internazionale jersey for when Inter beat Bayern in the CL final to win a famed Treble: the Champions League, Serie A, and Copa Italia.

This is the fully-customizable short-sleeve home kit for Inter Milan’s 2009-2010 Champions League final.

Inter Milan’s rich history lived through its biggest glory in the 1960s. These were the years when Inter won two successive European Cup titles under Helenio Herrera, the former Barcelona, and Benfica manager. Herrera won it all quite literally Mourinho before Mourinho was born. Relentless, playing defensive football with the only goal is winning at any cost, making enemies everywhere, etc.

In 2008, Inter got their Herrera successor after almost 50 years, as Mourinho shares a lot of traits with Herrera. In 2010, Mourinho’s Inter peaked. Some of the players wearing this kit were in older age for footballers, but it didn’t stop them from reaching the tripleta under Mourinho’s guidance.

Milito was relentless goalscorer who scored both against Barcelona in the semis, and Bayern in the final to win the Champions League. Other interesting names to wear this shirt include Cambiasso, Materazzi (who famously said he would jump off of building if Mourinho told him to), Julio Cesar in goal, Stankovic manning the middle, Samuel Eto’o and Pandev on the wings, etc. For any Inter fan, this jersey is unforgettable as it wears so much history with it. We also have the Long-Sleeve jersey on our store.