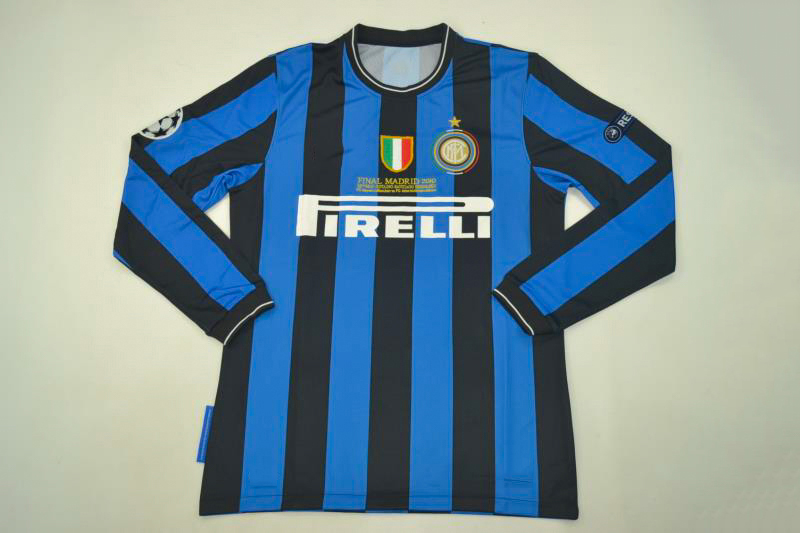 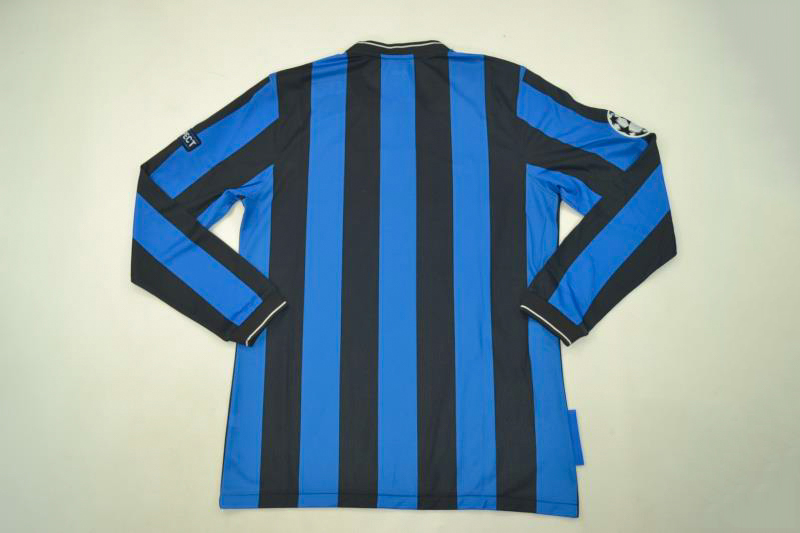 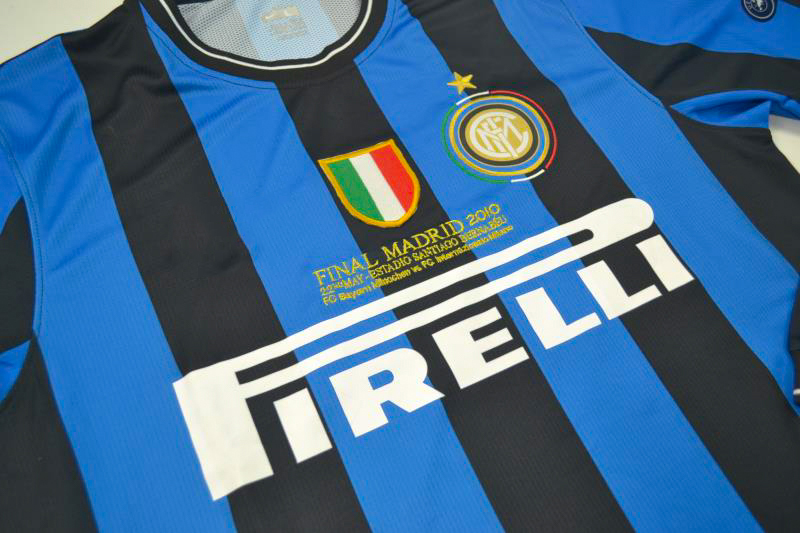 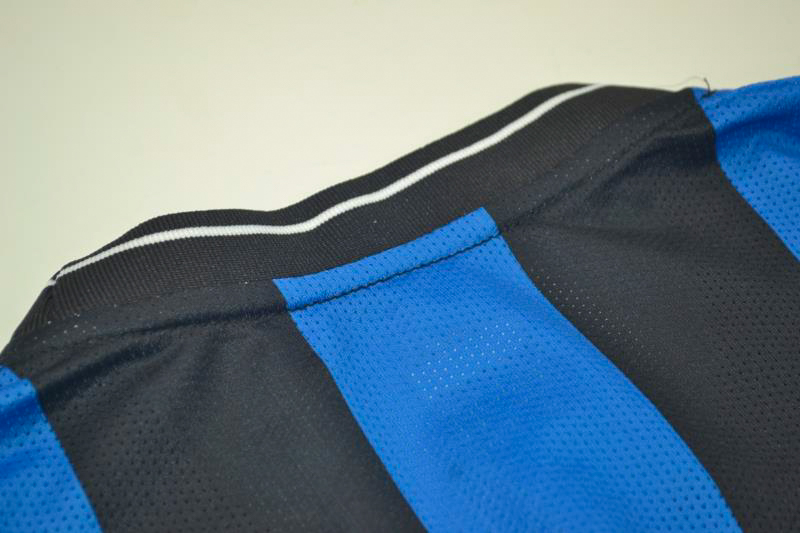 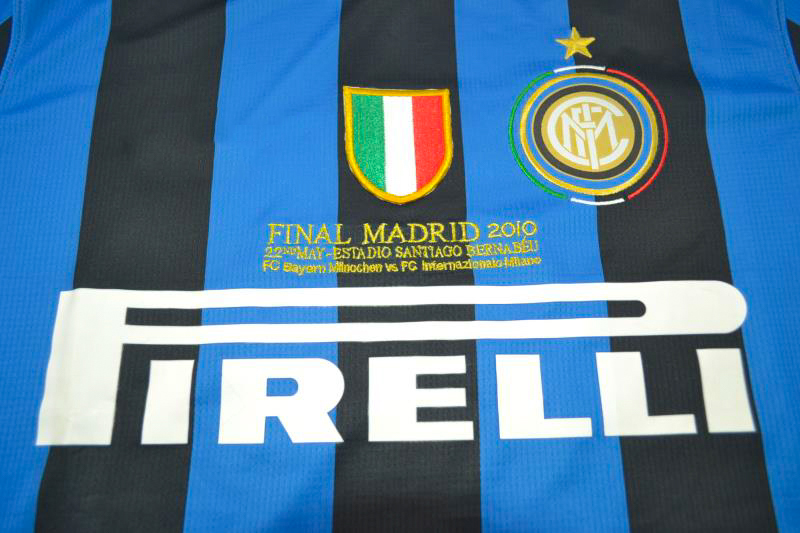 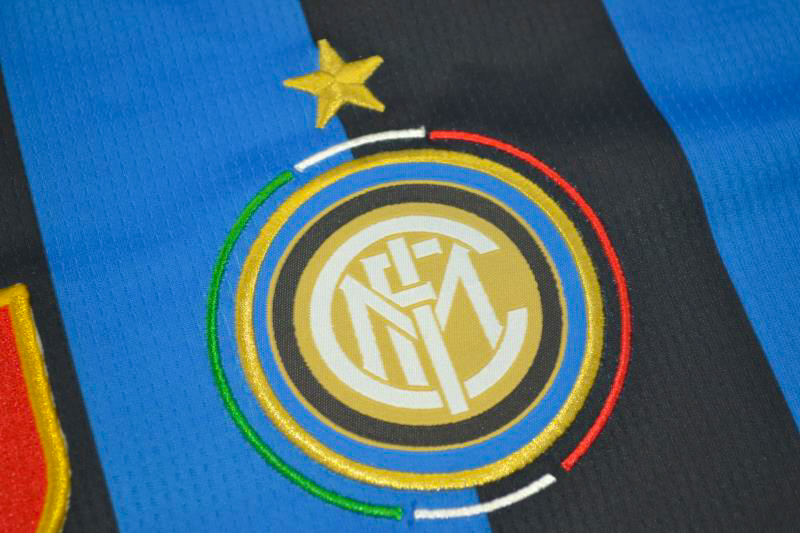 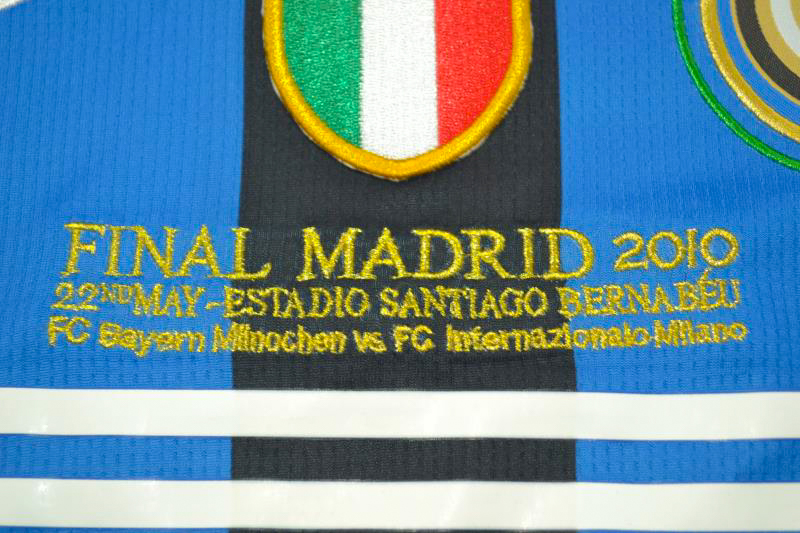 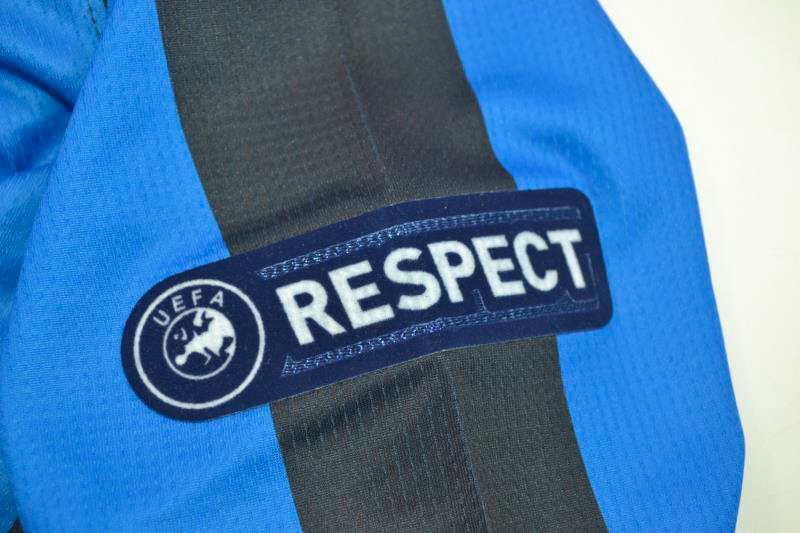 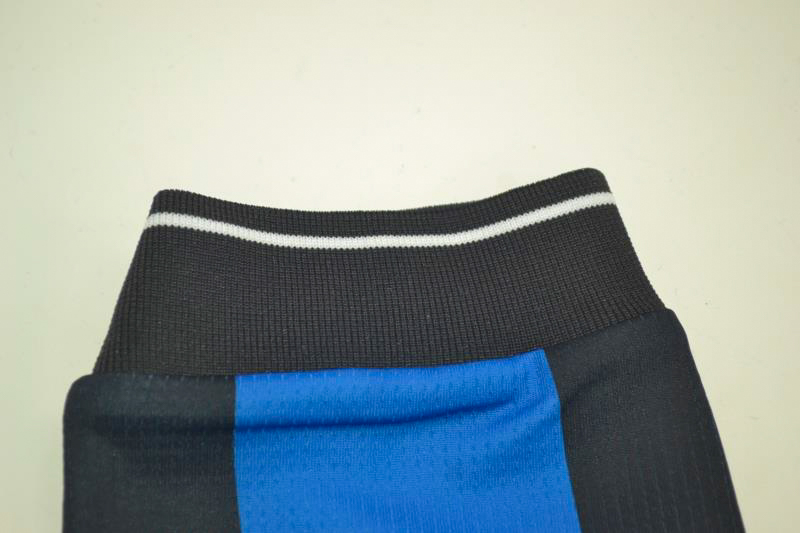 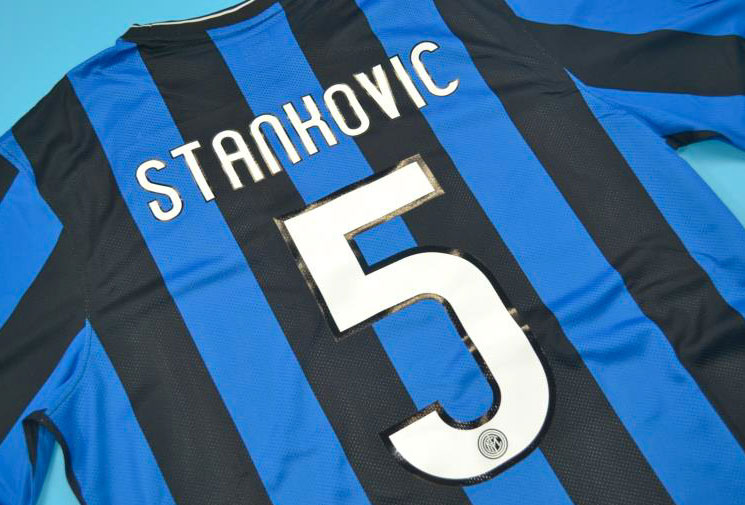 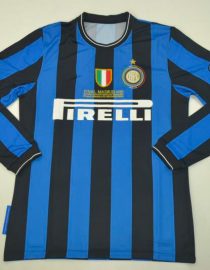 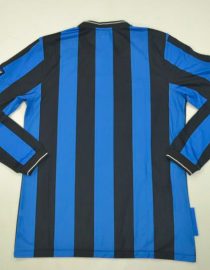 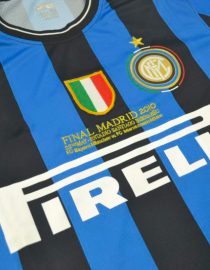 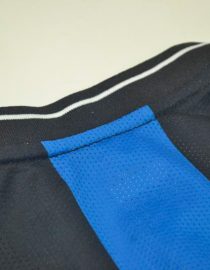 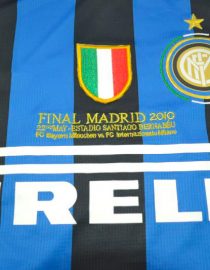 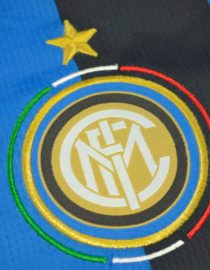 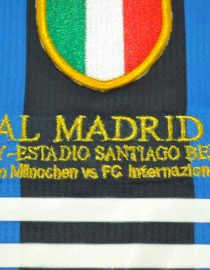 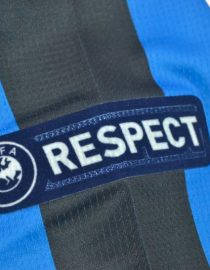 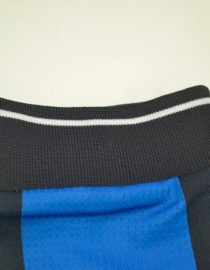 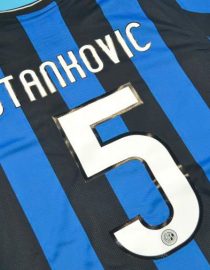 The long-sleeve Internazionale jersey for when Inter beat Bayern in the CL final to win a famed Treble: the Champions League, Serie A, and Copa Italia.

This is the fully-customizable short-sleeve home kit for Inter Milan’s 2009-2010 Champions League final.

This kit is one of the favorites in the hearts of true Inter fans. The team led by Jose Mourinho won the treble in a historical feat, as no other Italian club ever did that.

Inter beat Barcelona in the semi-finals with goals from Sneijder, Maicon, and Milito. They faced Bayern in the final with Ribery and Robben, however, Milito came through once again, scoring twice to bring the 2-0 for Inter. The team was full of veterans willing to do it all to finally get their hands on the Champions League trophy, such as the club’s legendary captain Javier Zanetti, Dejan Stankovic, Samuel Eto’o, Goran Pandev, Diego Milito, Marco Materazzi, Sneijder, Maicon, and Cesar.

They also won the league with just two goals ahead of Totti’s Roma, as Inter managed to win all of their final five matches in the league. In a nightmare season for Roma, Inter beat them again, this time in Coppa Italia final, and guess who scored the winning goal? That’s right, Diego Milito once again.