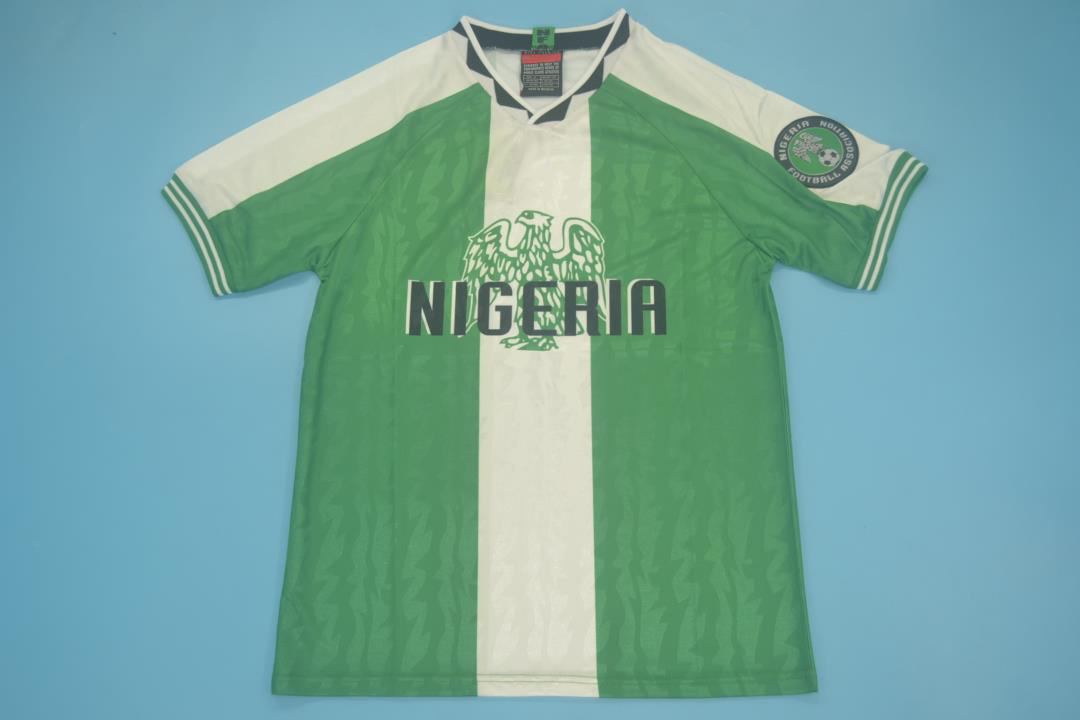 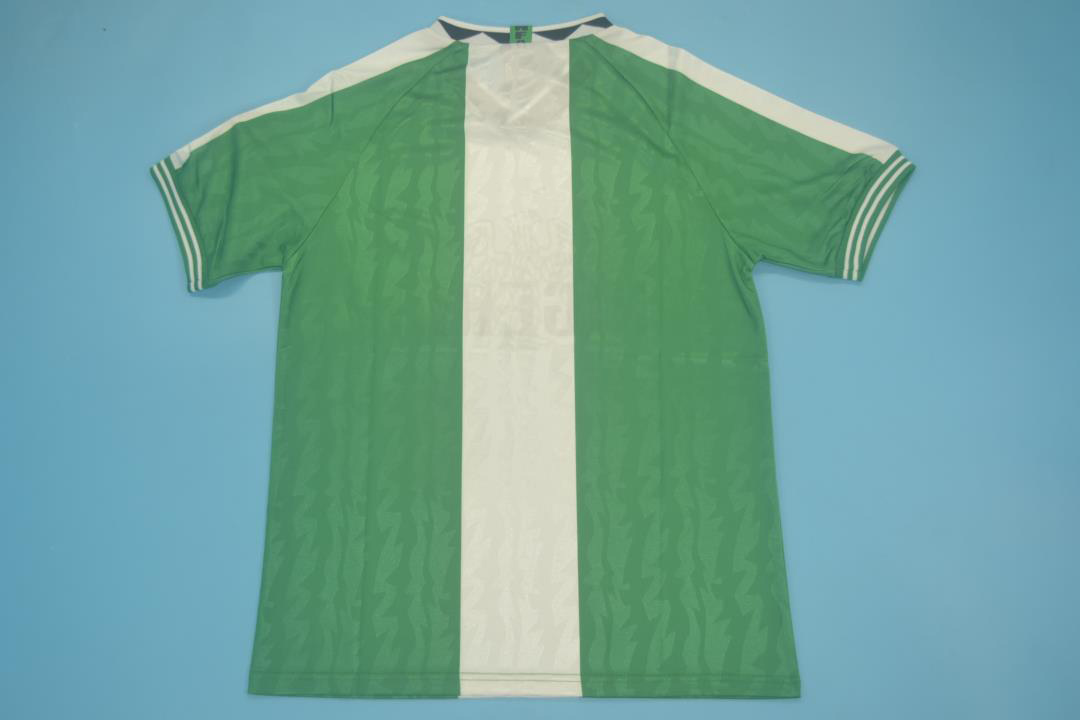 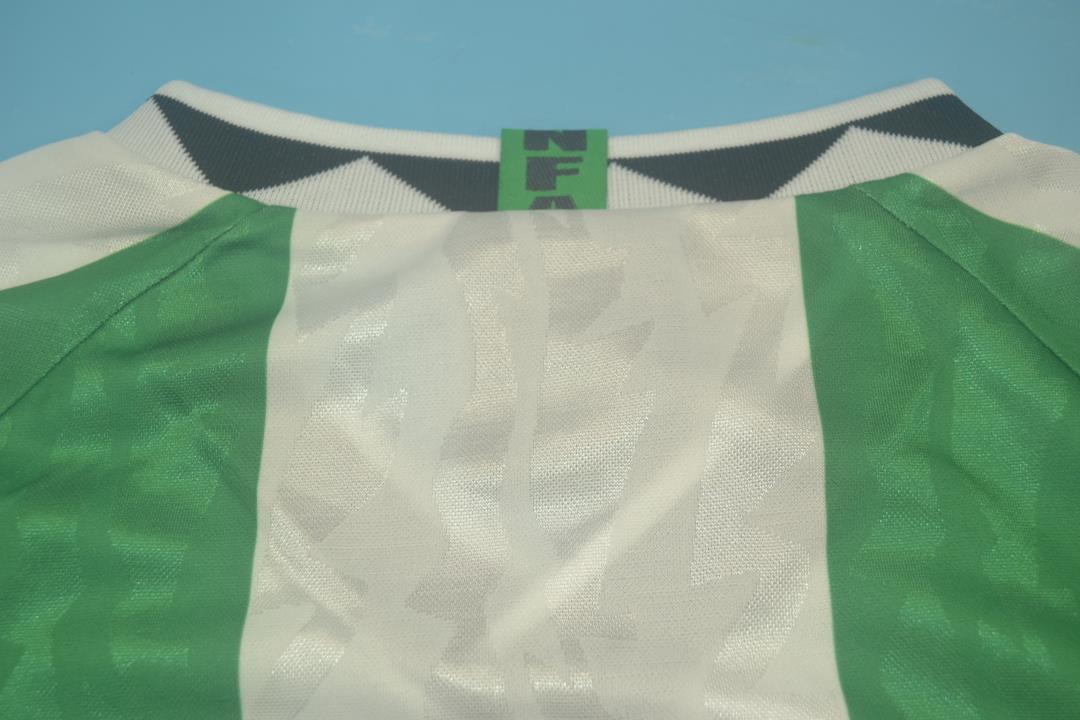 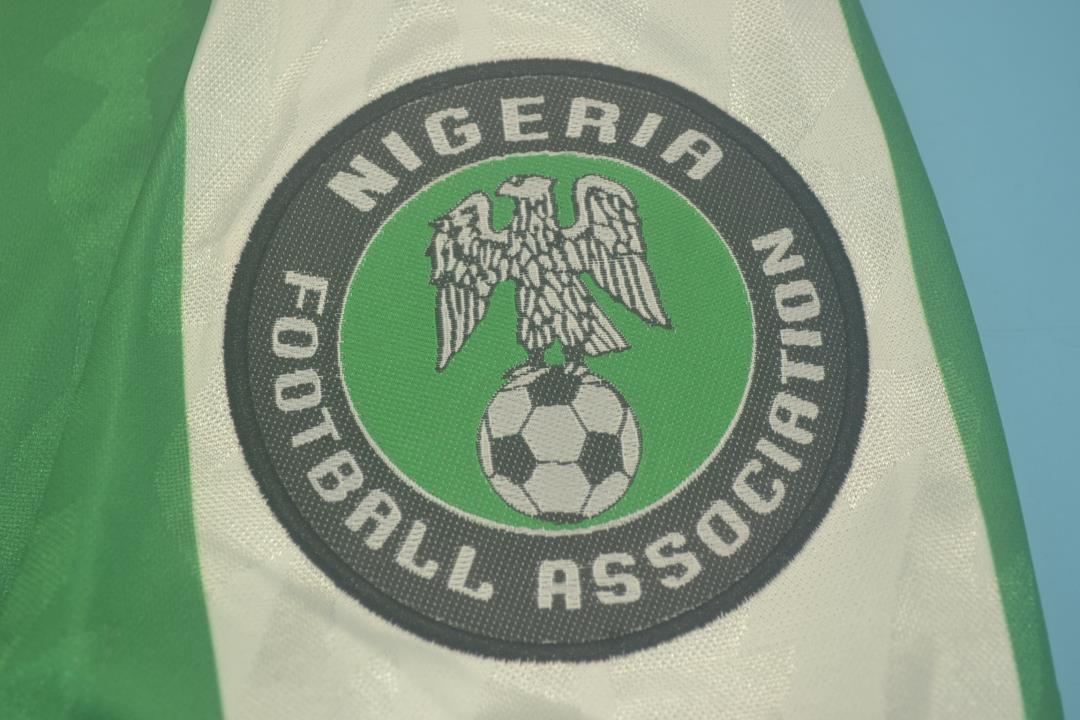 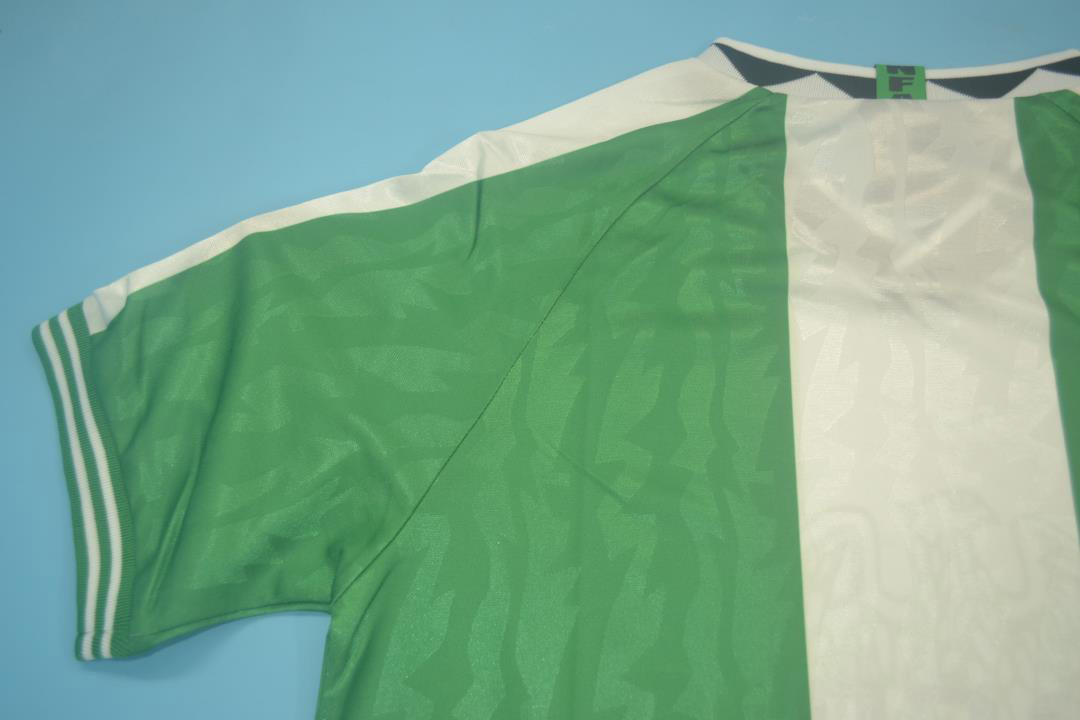 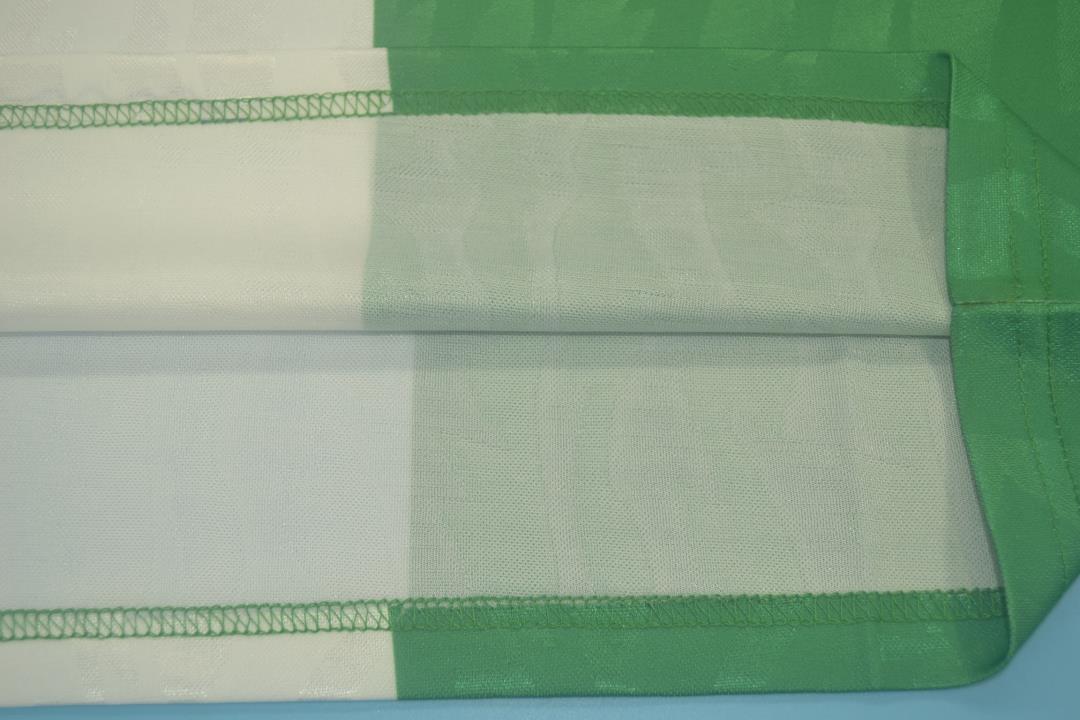 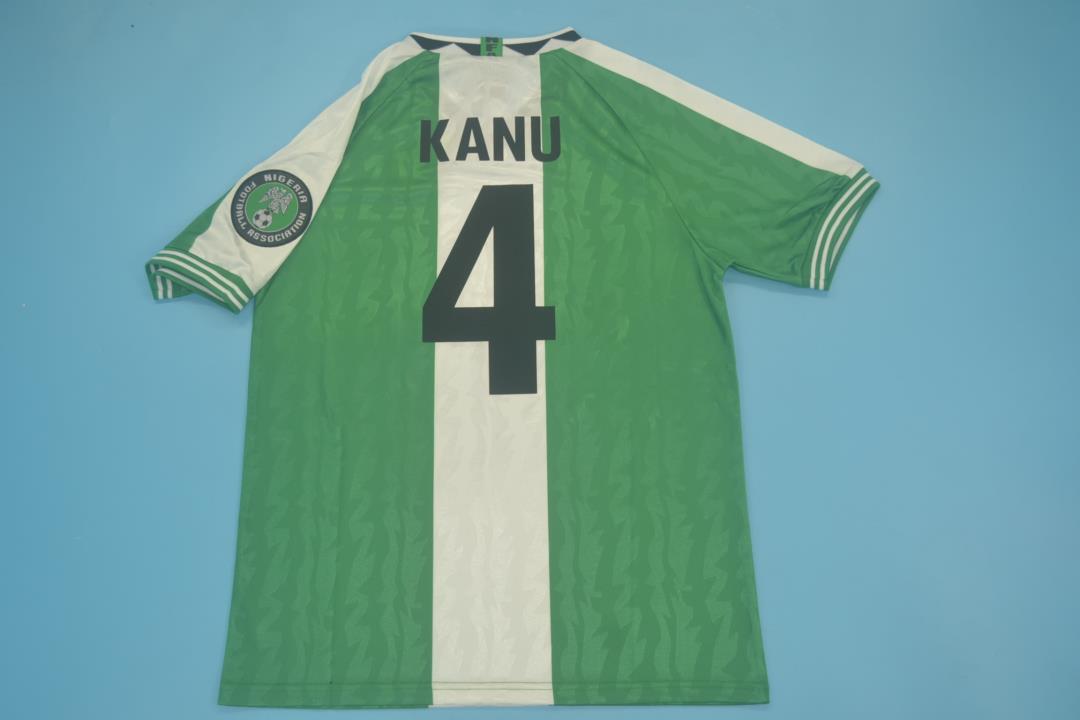 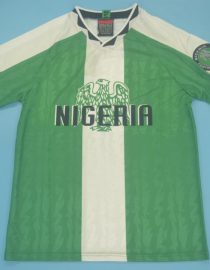 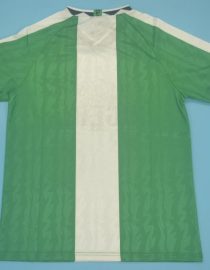 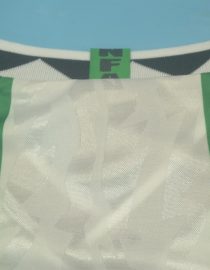 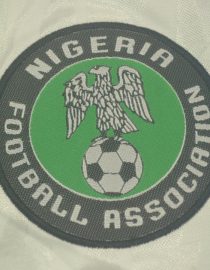 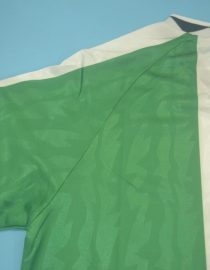 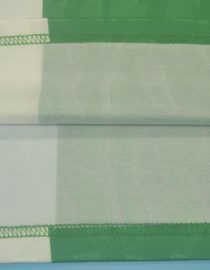 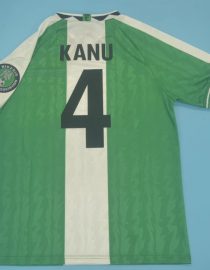 Nigeria’s home jersey for the 1996 Olympic games, when they accomplished the incredible feat of winning Gold after beating Argentina & Brazil on their way.

This is the fully-customizable short-sleeve home kit for Nigeria’s 1996-1998 period, when they won the Olympic Games.

This home shirt represents the most successful Nigerian side ever, which won the Olympic games of 1996 in epic fashion by beating Argentina in the final and Brazil in the semis.

This was a team of stars. They were perhaps not the best team on paper, but they managed to absolutely crush it en route to their only-ever Olympic title, which was and still is an insane feat. Their most impressive match was definitely the semi-final against Brazil. They were actually 3-1 down in the 38th minute, and the match stayed so until the 78th when Ikpeba scored to give the Nigerians a little hope. And this pushed them further, as in the 90th Kanu accomplished the miracle of equalizing with a legendary control and turn in the 6-meter box. The teams went to extra-time, where Kanu did it again and scored the golden goal in the 94th minute with an assured, qualifying the Nigerians for their first-ever Olympic final.

In the final, they encountered a star-studded Argentina, with the likes of Crespo, Ortega, Simeone, Zanetti, and Verón. The Super Eagles were down again, this time by 2-1, in the 50th minute after a Crespo penalty. However, an Amokachi goal in the 74th restored parity, right before Amunike scored in the 90th to send the Nigerians into raptures, winning their only-ever Gold medal.