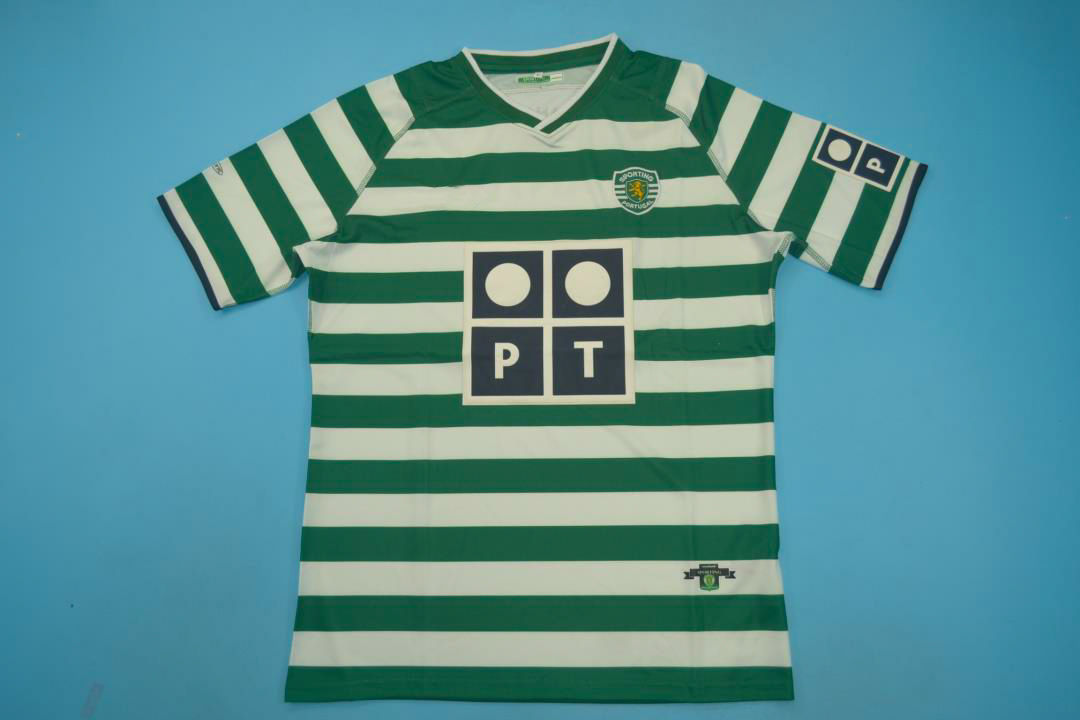 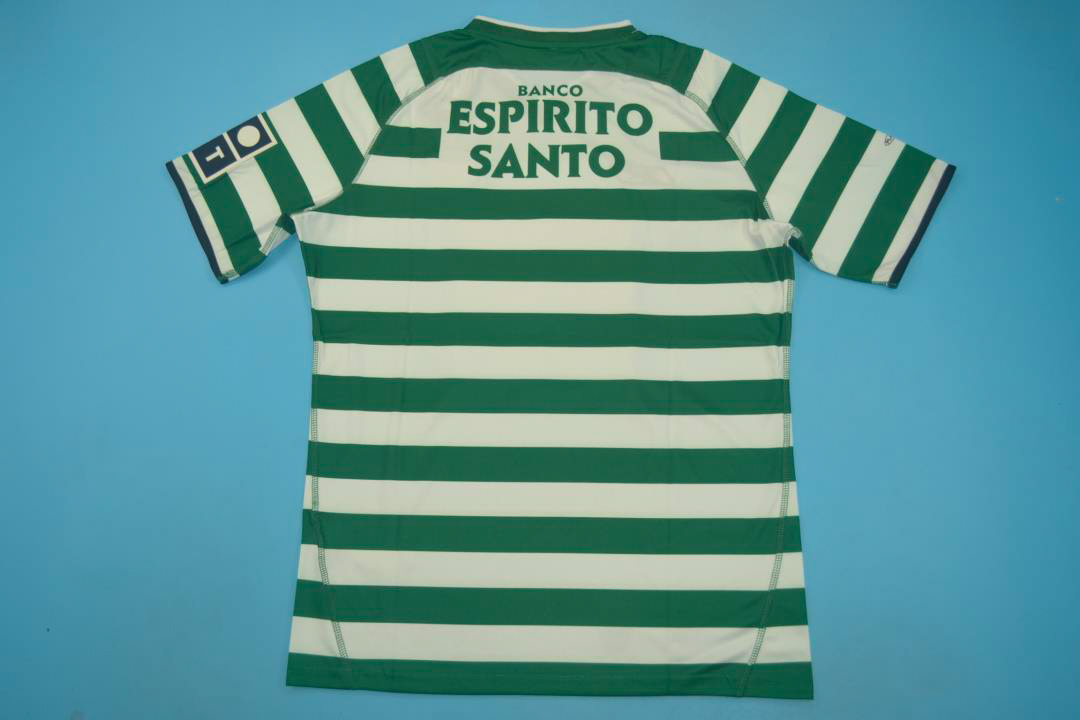 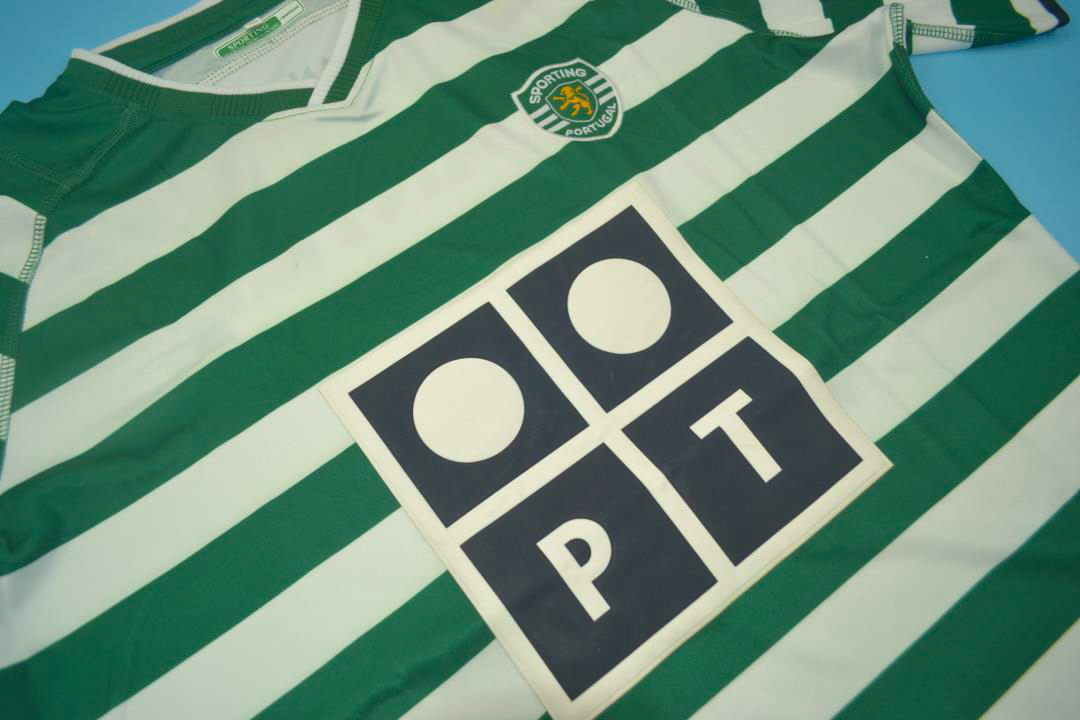 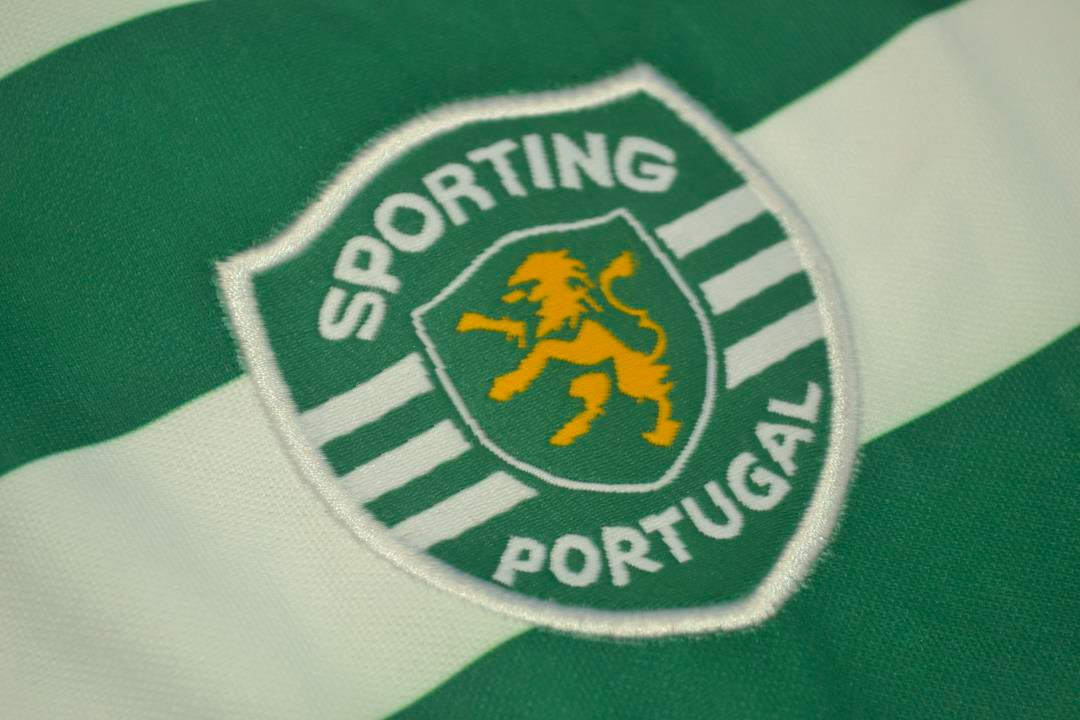 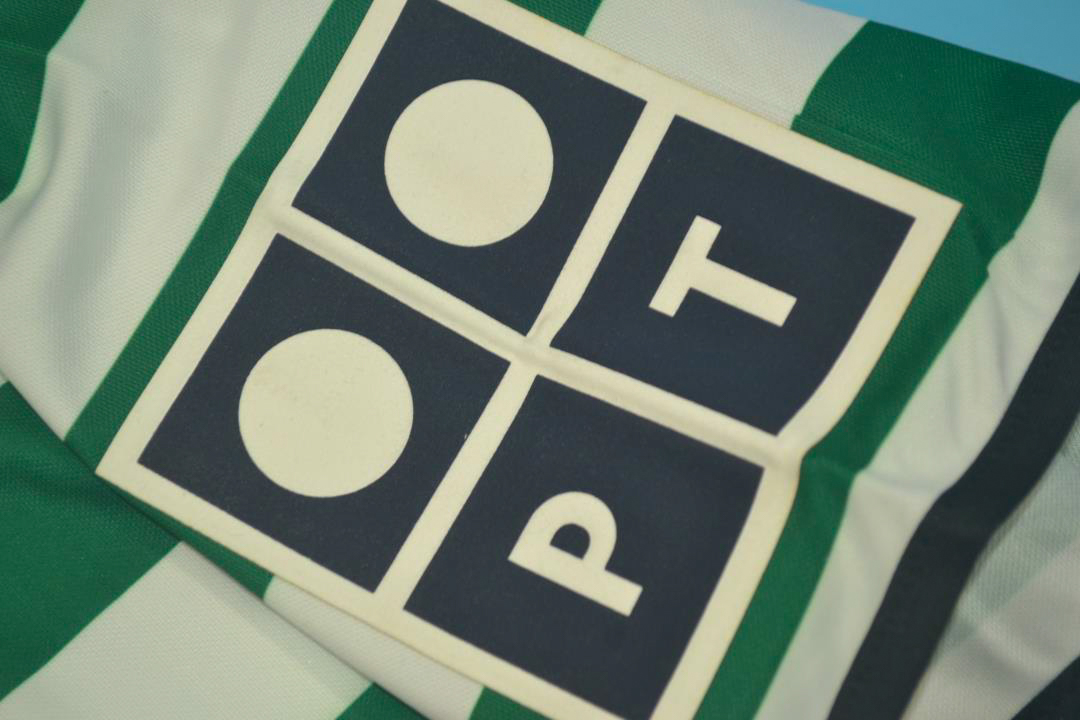 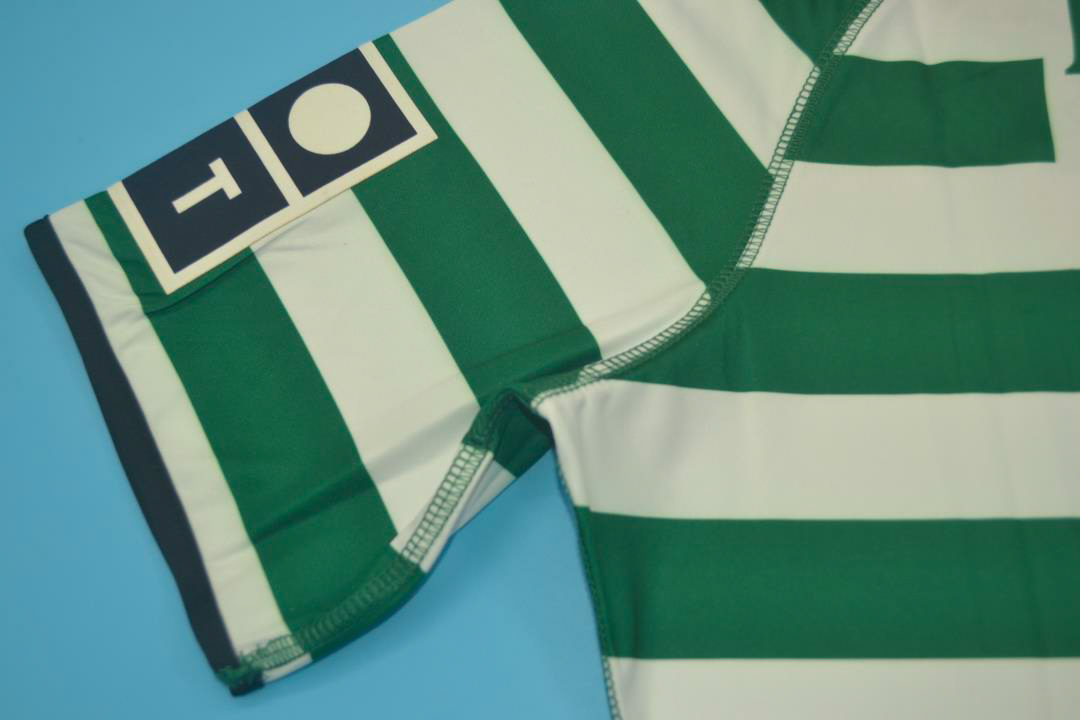 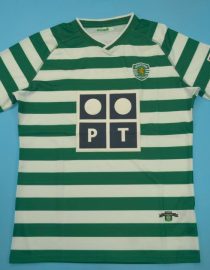 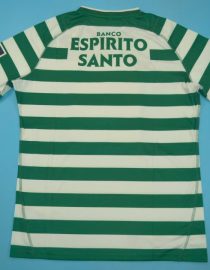 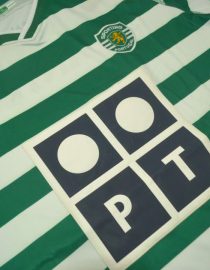 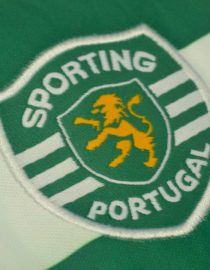 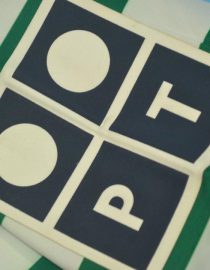 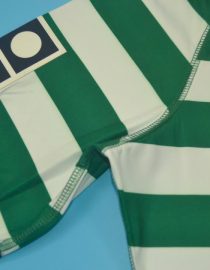 The home short-sleeve Sporting Lisbon jersey for the 2003-2004 season, when they sold Cristiano to Man. United in the pre-season, and were 3rd in the Superliga.

The 2003-2004 Sporting Lisbon shirt is a special one for any Sporting Club fans, since it was also the year which saw them sell perhaps their best player ever, Cristiano Ronaldo, to Manchester United. This jersey was worn in the famous pre-season match against Manchester United, when Ronaldo broke ankles and impressed the Red Devils players so much they all started asking Sir Alex Ferguson to sign him – which they did a couple of days later.

After Ronaldo’s sale, the 2003-2004 season was quite grim for the Verde e Brancos in this kit. After a very disputed season, they finished 3rd in the Superliga and didn’t qualify for the 2004-2005 Champions League. They also went into the round of 32 in the Portuguese Cup, as well as the second round of the UEFA Cup.