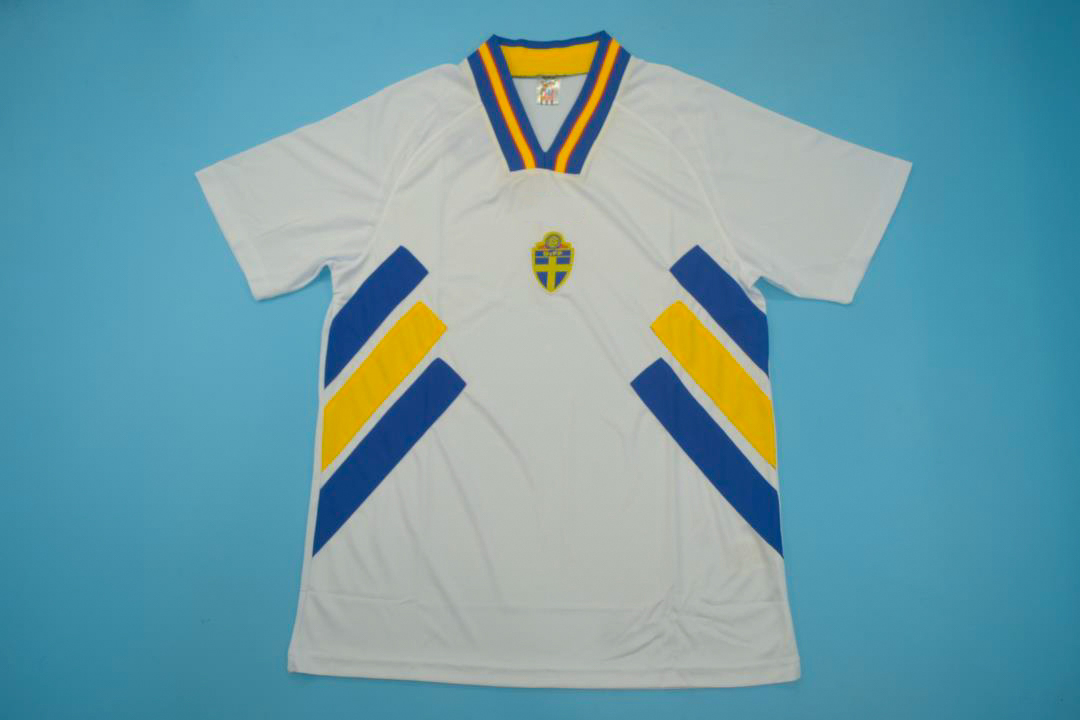 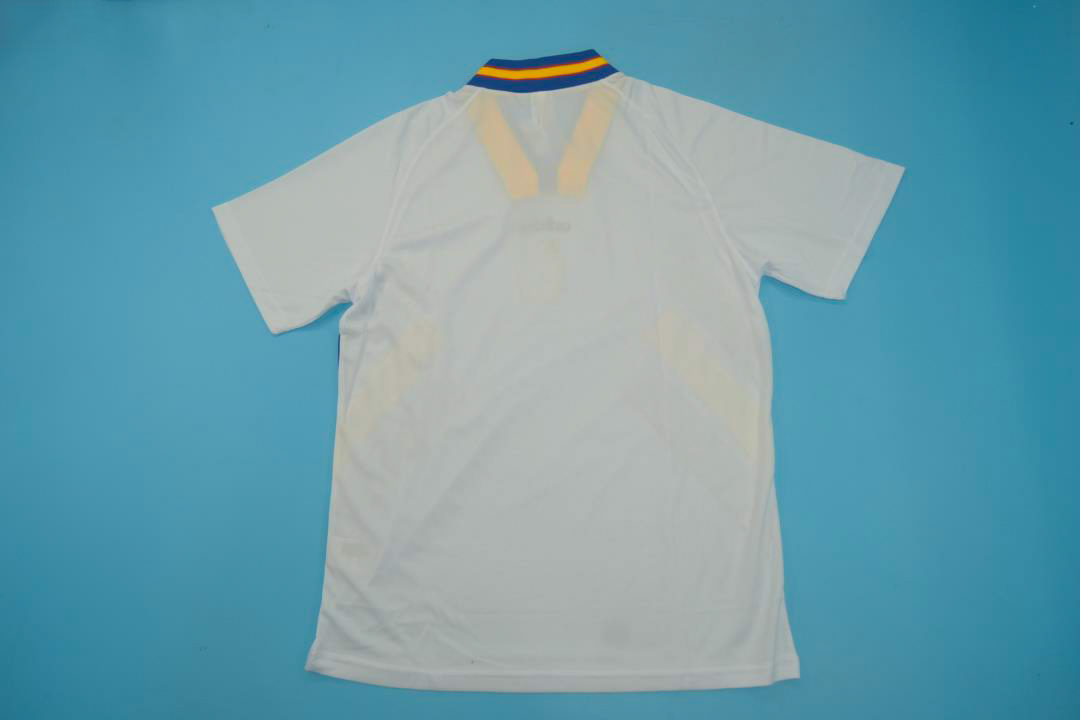 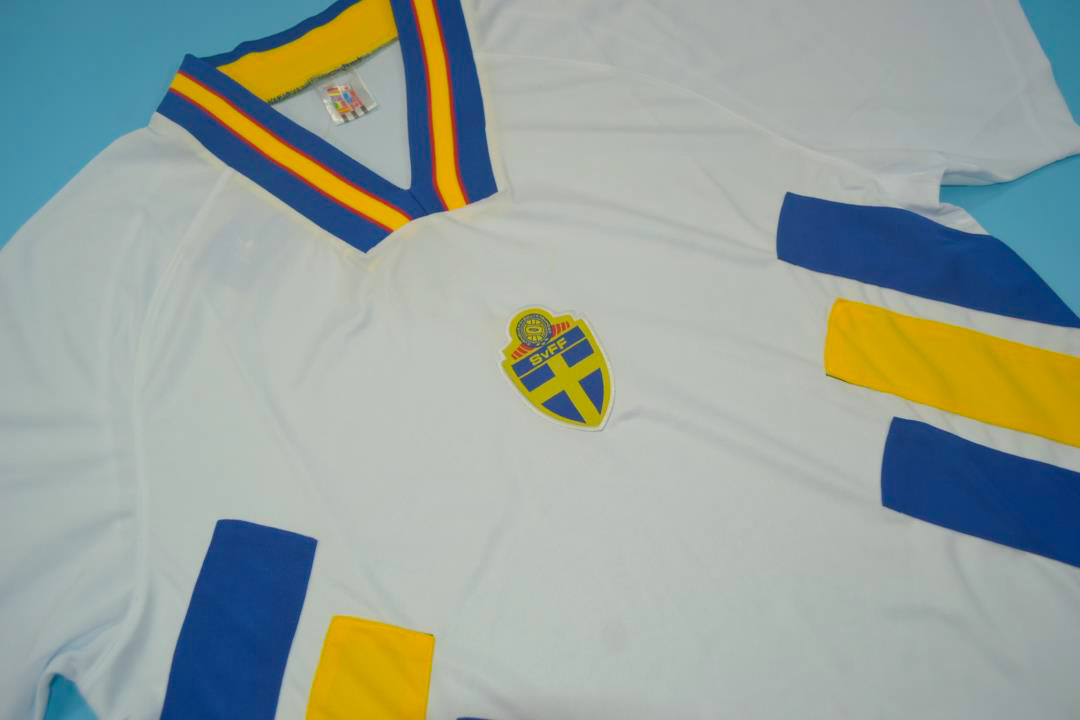 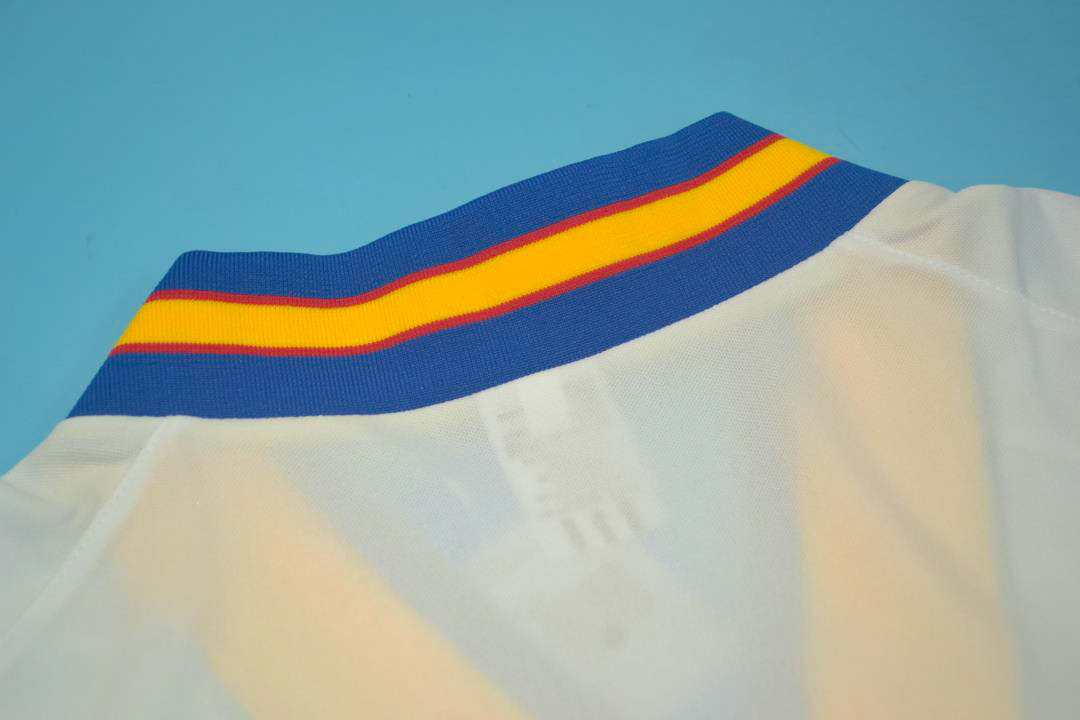 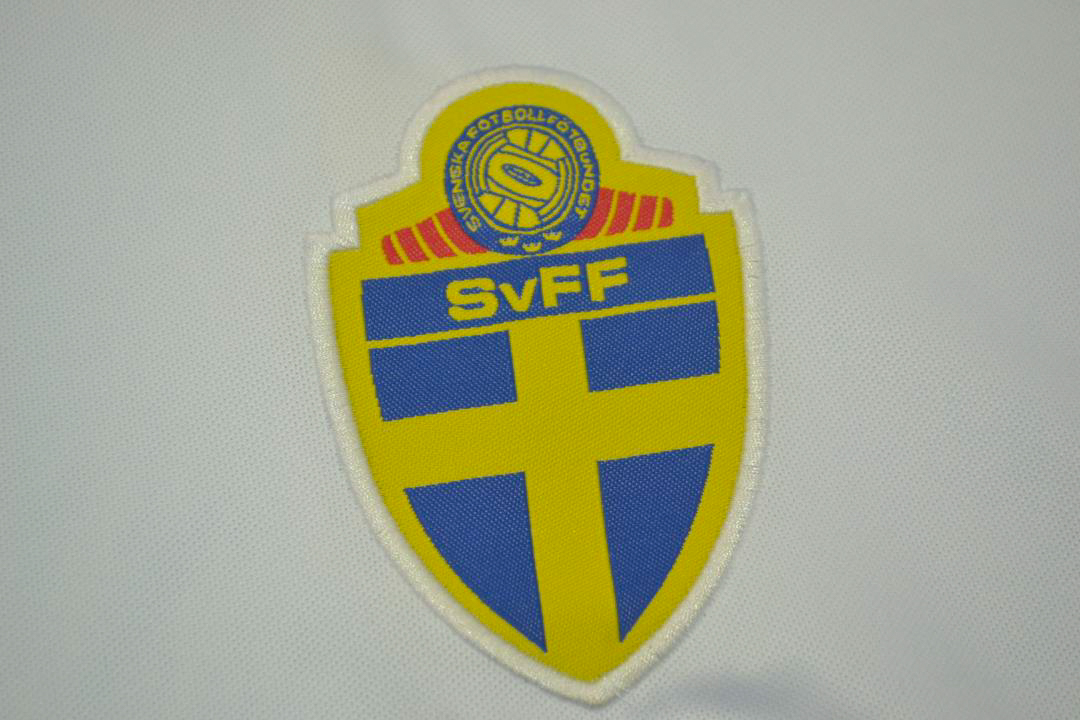 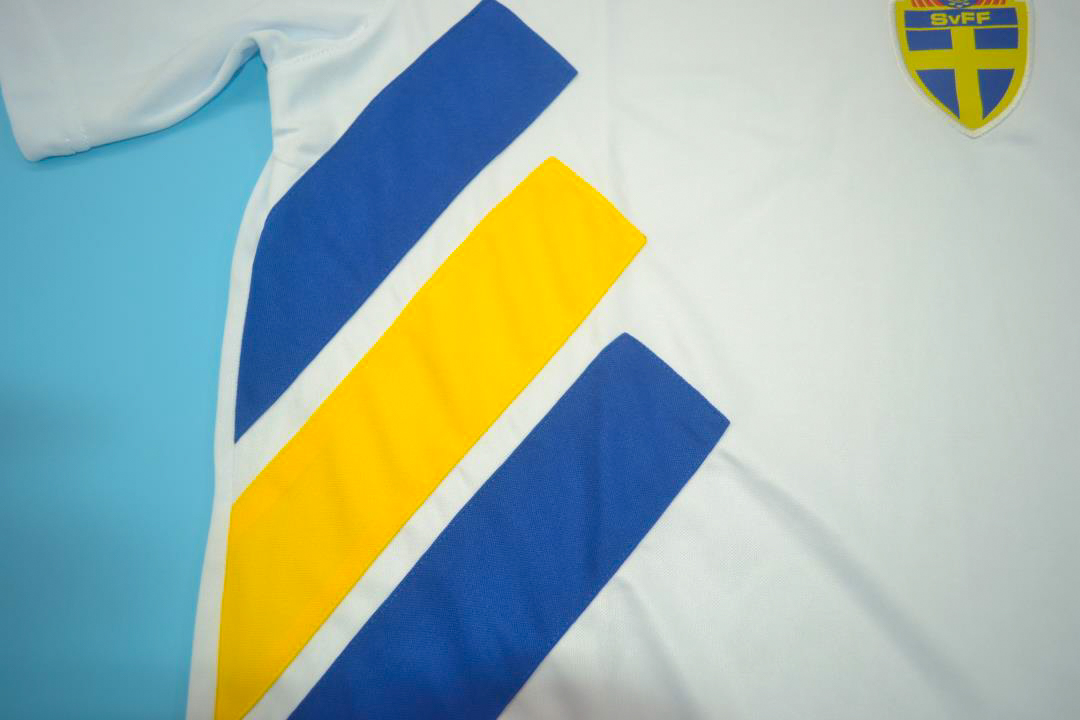 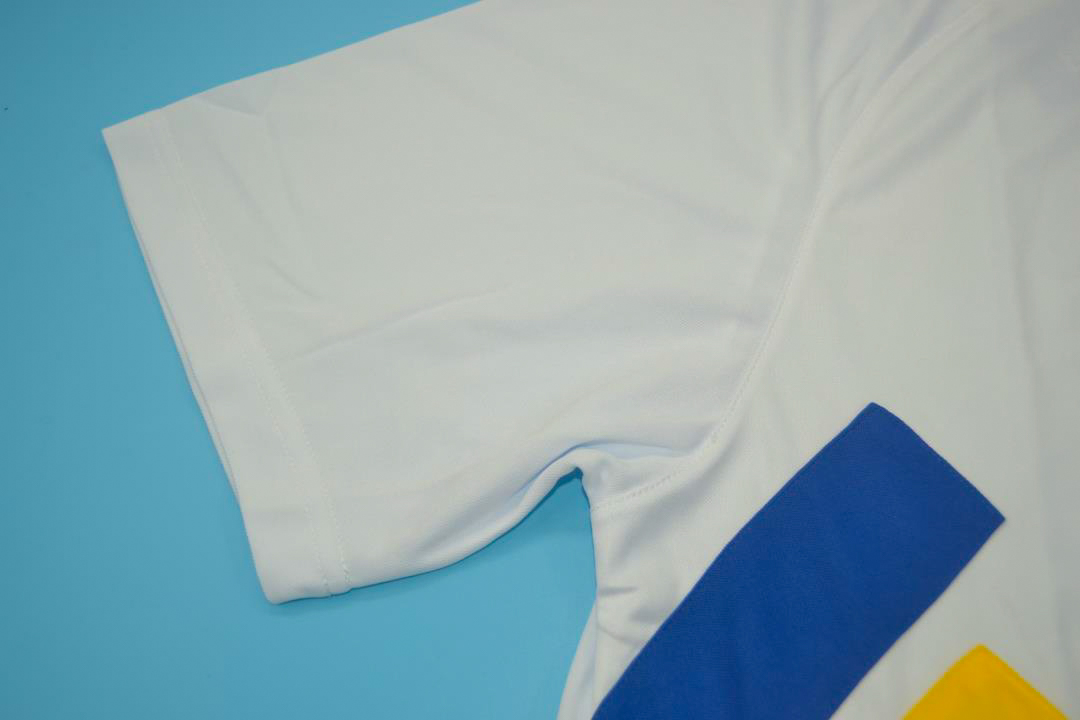 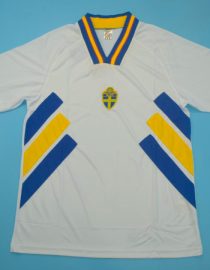 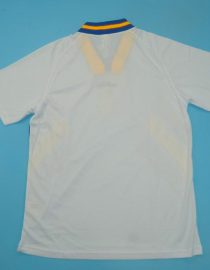 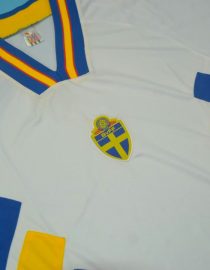 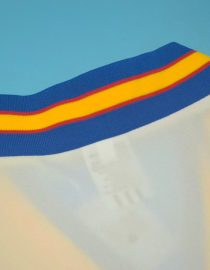 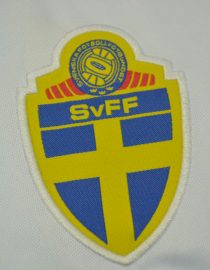 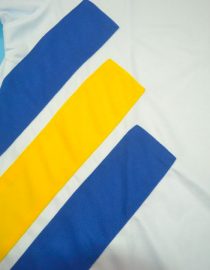 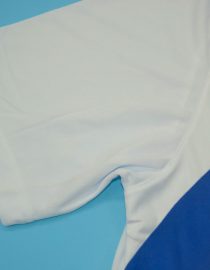 The Swedish away jersey for the 1994 World Cup, where they had their best performance ever. They finished 3rd after beating Bulgaria in their last match.

This is the fully-customizable short-sleeve home kit for Sweden’s 1994 World Cup campaign.

Sweden has a rich footballing history as they enjoyed some recent success in the big competitions. However, none of that comes close to what they did in this kit in the World Cup 1994 held in the USA. Sweden qualified for the group with Cameroon, Russia, and Brazil. Tough group by any means, but Swedes scraped their way to the knockout phase by holding out to draws against Brazil, and Cameroon, and by beating Russia 3-1 in a true team effort led by Dahlin who scored a brace in that match.

They were a bit lucky when they got Saudi Arabia in the round of 16, which they brushed aside in 3-1 win, with Dahlin scoring again, with Andersson adding a brace. After facing Hagi’s Romania in the quarter-finals, Sweden stumbled to penalties after Andersson tied the match at 2-2 in the 115th minute.

The Swedes scored all of their penalties, meaning that they get to play Brazil again, this time in the semi-final. Even though Sweden held on heroically, Romario managed to score in the 80th leaving millions of Swedish hearts broken. However, the team reoccupied and won the bronze medal in a match against Bulgaria, where Andersson scored another goal. Some of the greatest Swedish players wore this jersey, including captain Jonas Thern and the striker Kennet Andersson, as well as a young Henrik Larsson.

Be the first to review “Sweden 1994 Short-Sleeve Away Football Shirt [As worn by Brolin, Dahlin & Larsson]” Cancel reply