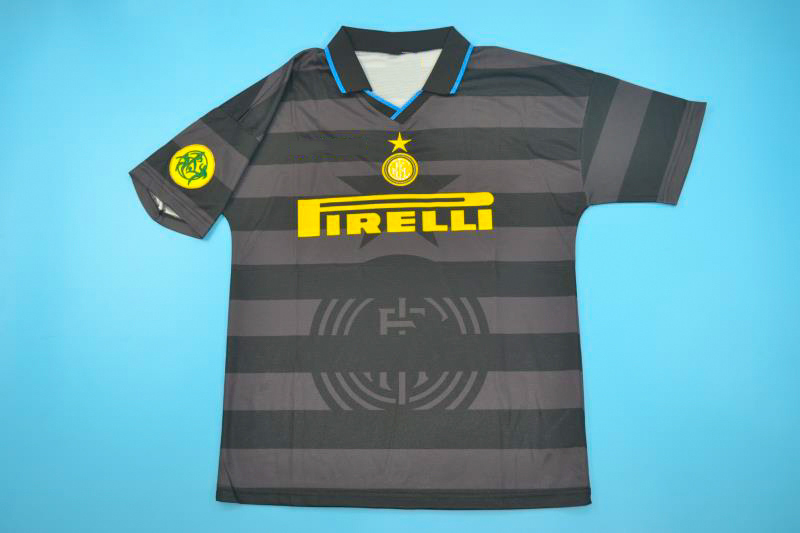 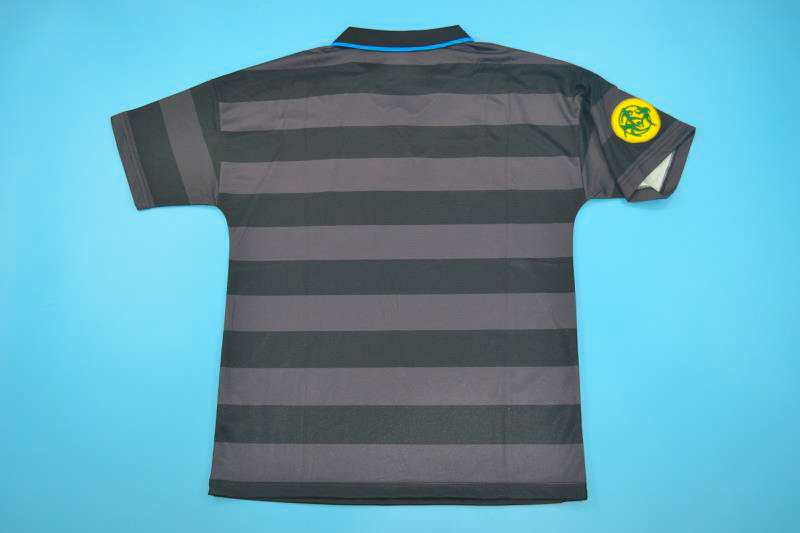 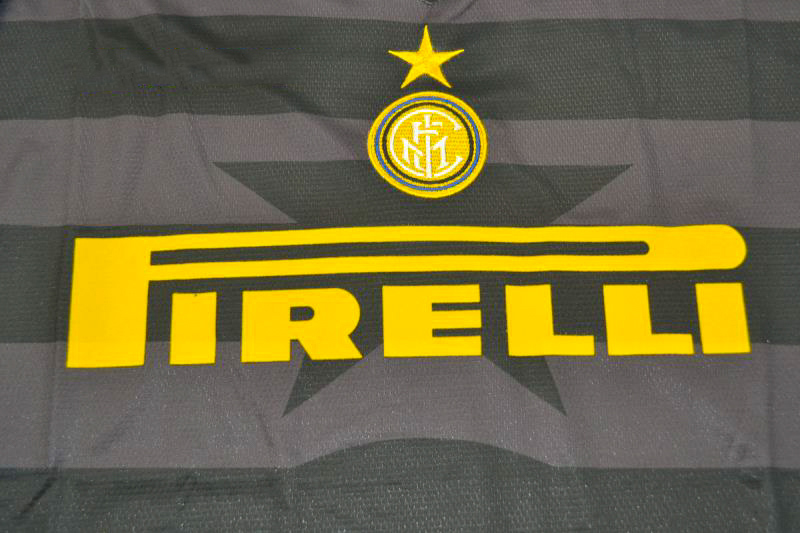 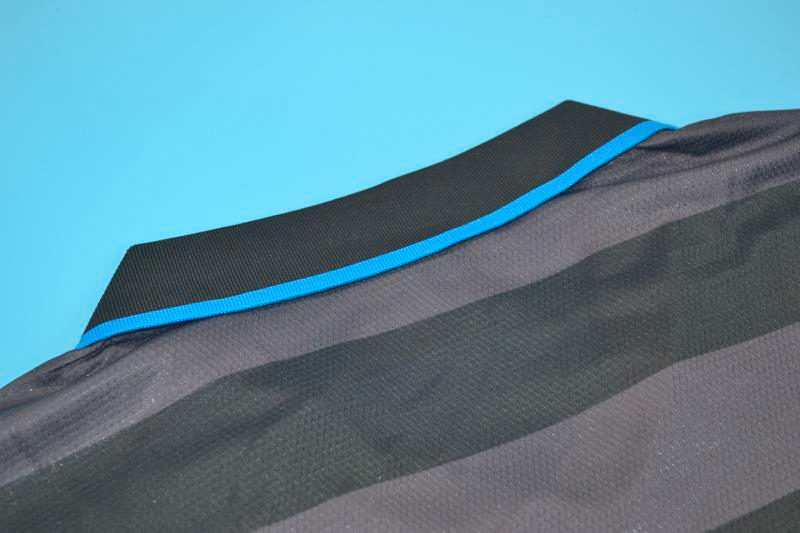 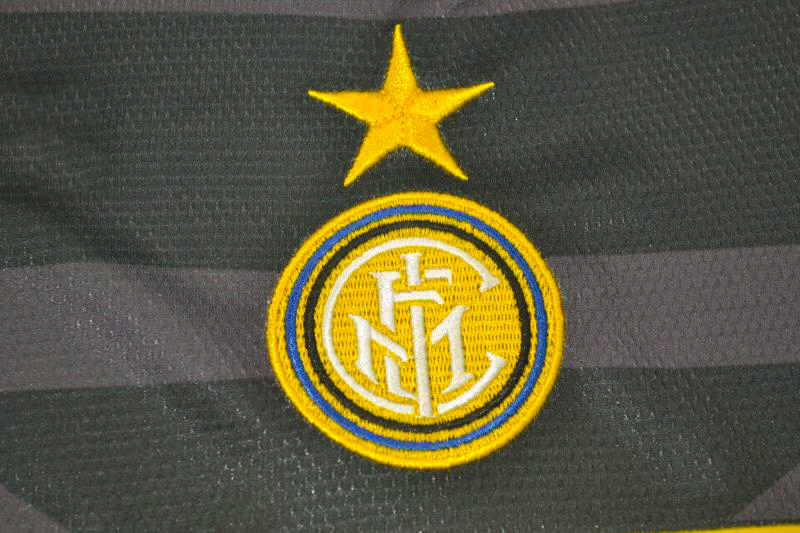 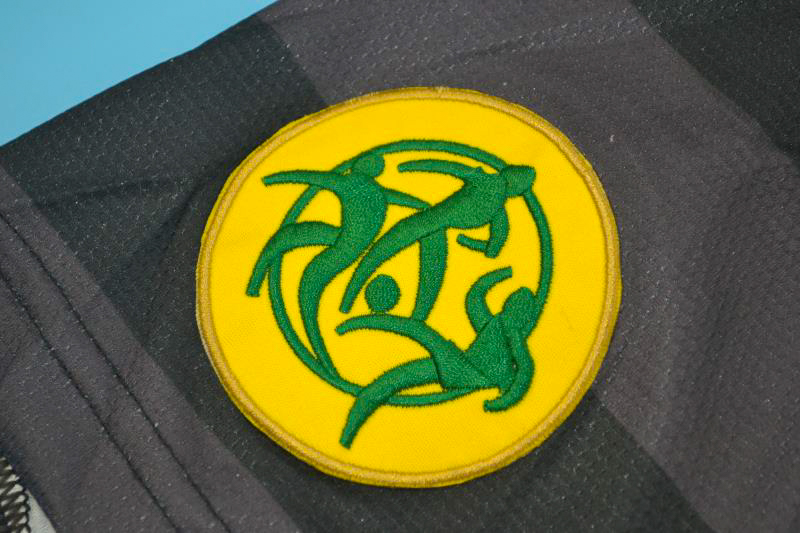 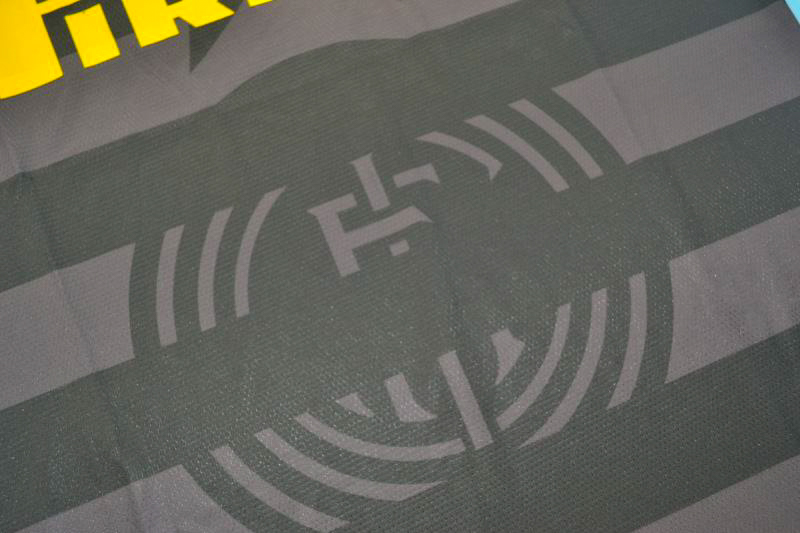 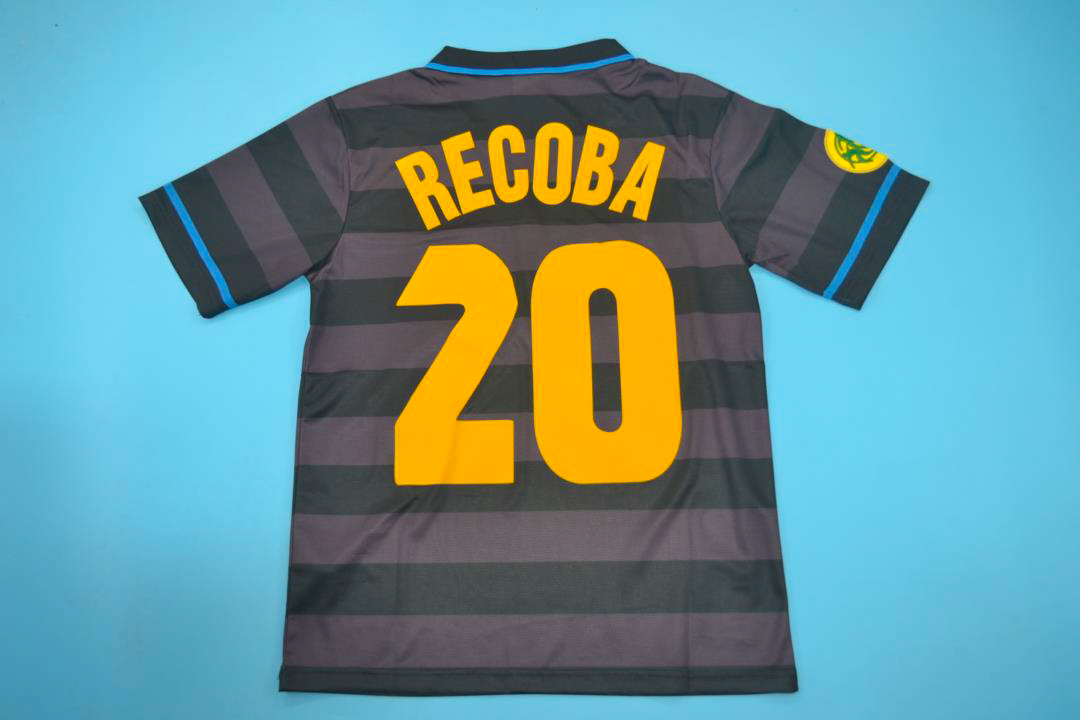 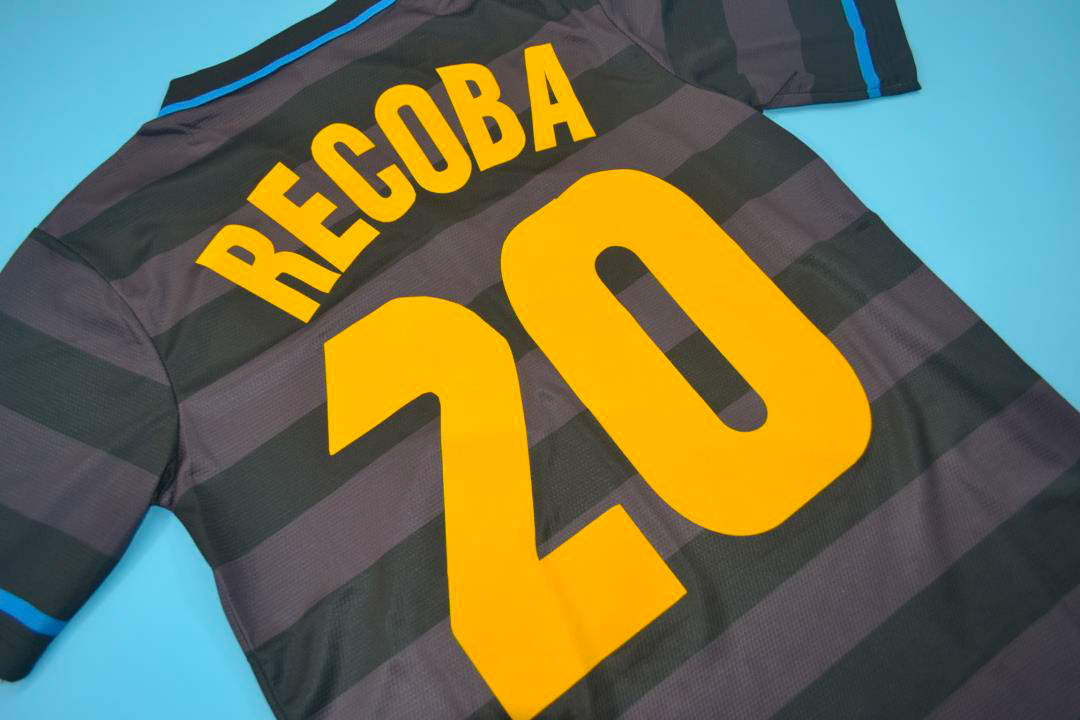 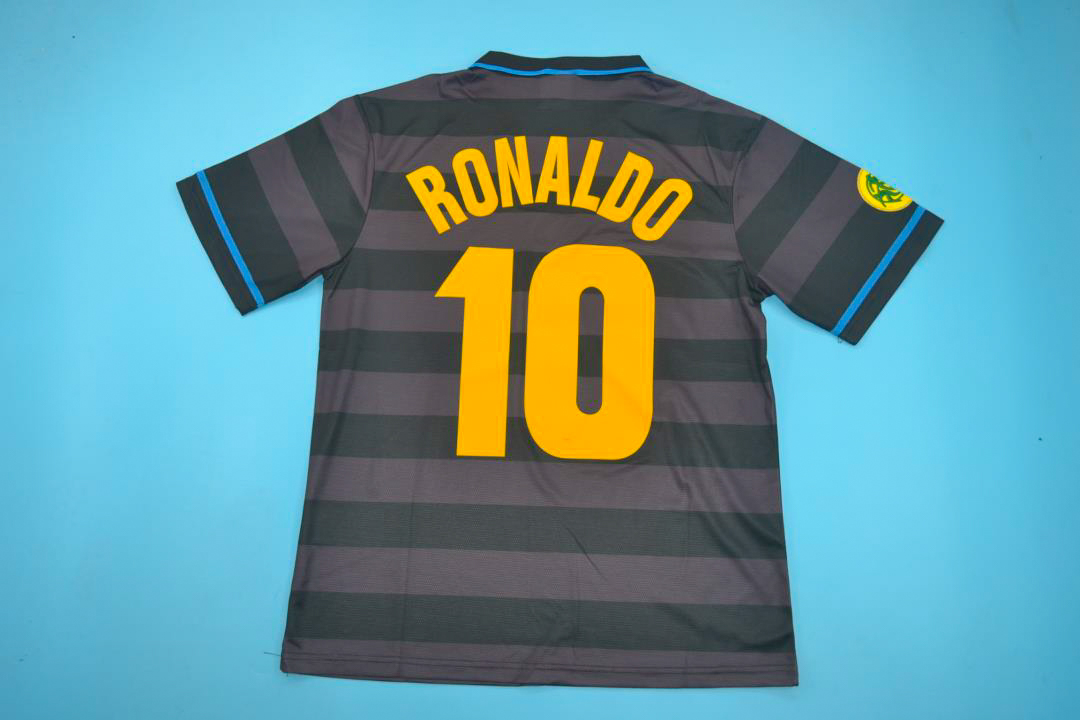 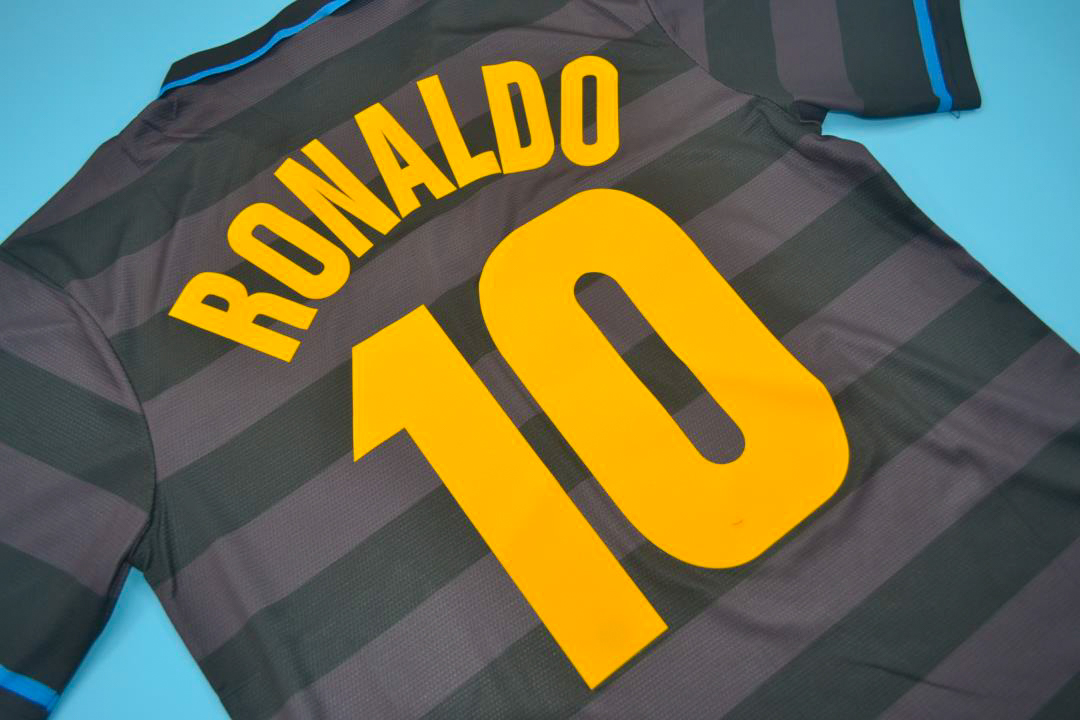 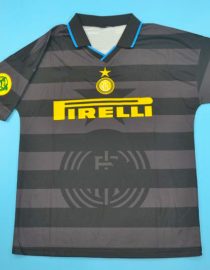 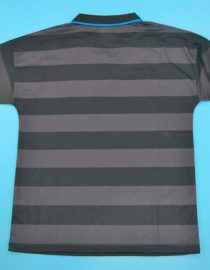 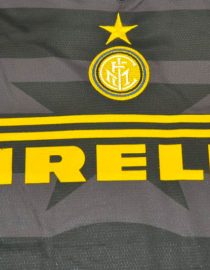 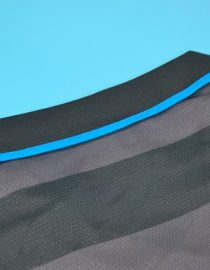 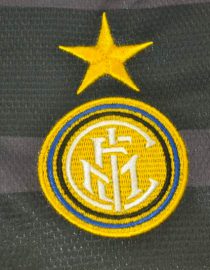 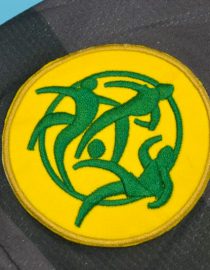 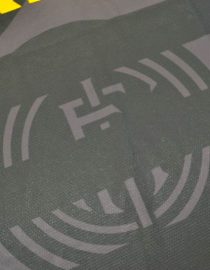 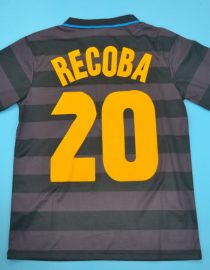 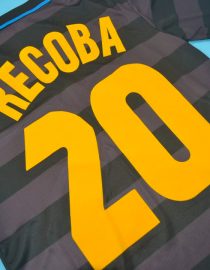 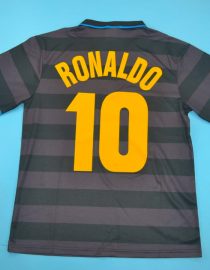 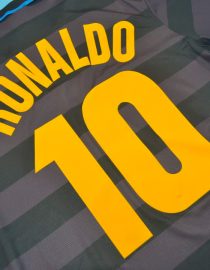 Earn 343 points upon purchasing this product.

The 1997-98 Internazionale third short-sleeve jersey, when they had legendary Ronaldo and midfielder Simeone. They won the Uefa Cup and finished 2nd in Serie A.

This is the fully-customizable short-sleeve third kit for Inter Milan’s 1997-1998 season.

1997 was an exciting time for Inter fans. The biggest reason for the excitement was the one and only – Ronaldo Nazario de Lima.

The Brazilian arrived from Barcelona after scoring 34 goals in 37 appearances in one of the most dominant showings of one player in footballing history. Ronaldo tore apart defenses in Spain, had an unreal acceleration and pace, while being able to stop running in a millisecond, leaving defenders for dead. However, Ronaldo’s biggest fun was getting past the keepers, which became his trademark. Ronaldo won Fifa World Player of the Year. So, it’s not surprising that Ronaldo’s arrival to Milano sold tickets like never before.

The competition in Italy, however, was as fierce as ever as Inter finished second, the closest they would get to the title as Ronaldo scored 25 goals, with injuries robbing us off of one of the best players ever in his prime in the seasons that followed. Inter finished the season with five points behind Juventus, who beat them in 31st fixture, securing the title for Bianconeri. The team had some other great names wearing this kit, such as Zamorano, Diego Simeone, Djorkaeff, Bergomi, Pagliuca. Inter did win the UEFA Cup (Europa League nowadays) by beating their rivals Lazio 3-0, as Ronaldo scored six goals in the competition, including the third goal in the final, after Zamorano and Zanetti scored the first two. We also have the Long-Sleeve Inter Milan 1997-1998 third jersey on our store.

This jersey comes in four sizes, which fits just like any other short-sleeve jersey. While we usually recommend to order one size bigger than you normally wear, this jersey fits perfectly like your normal jerseys.