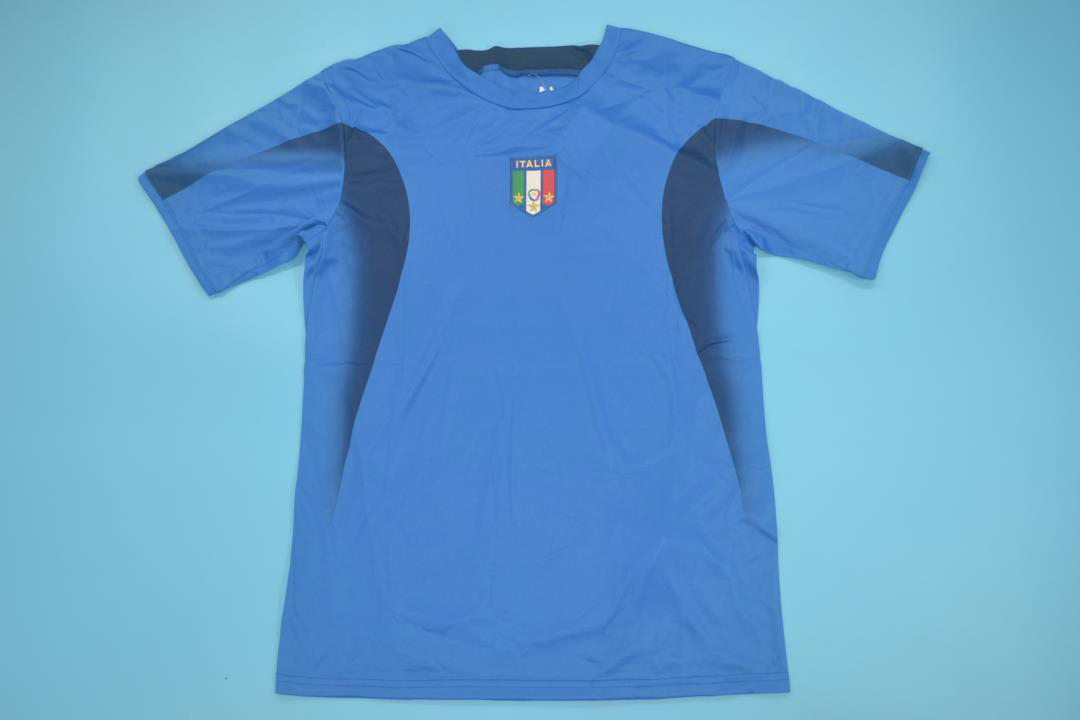 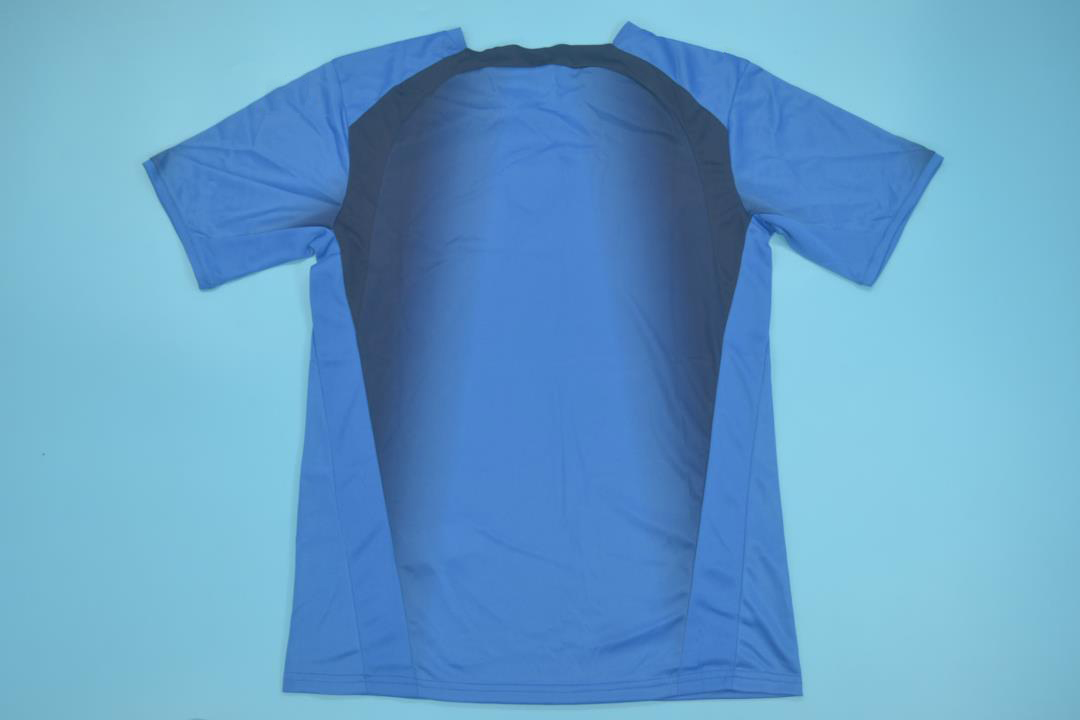 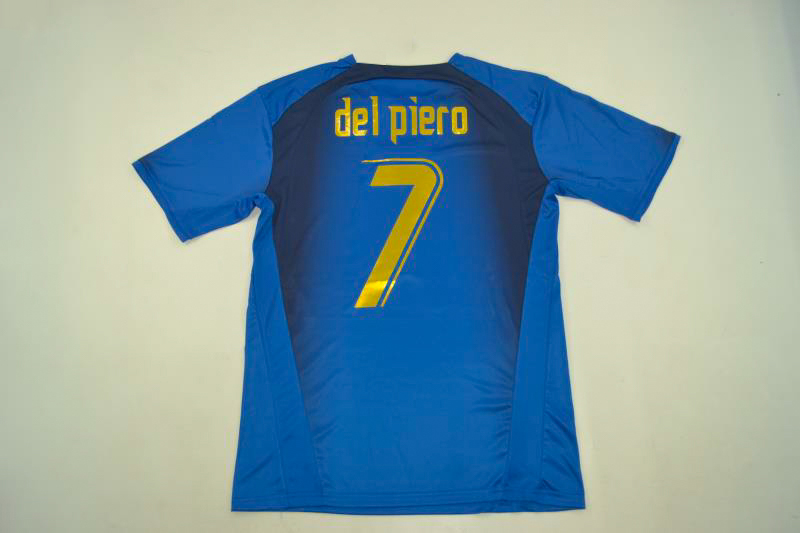 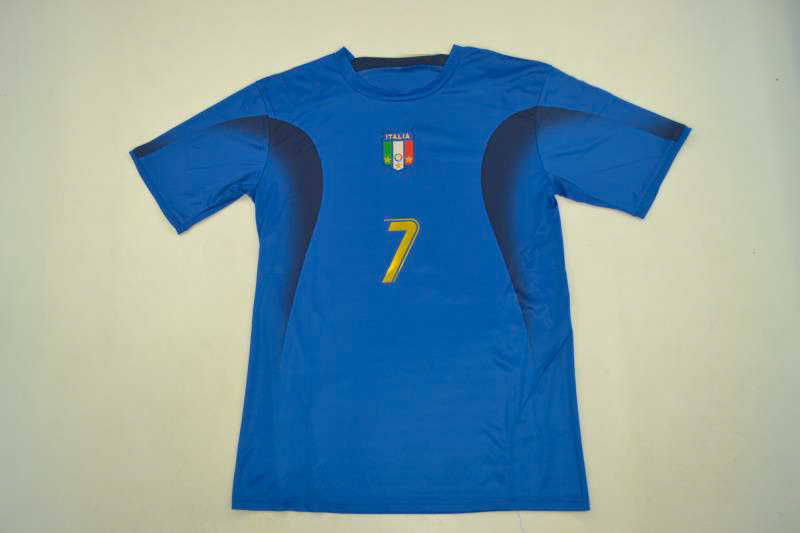 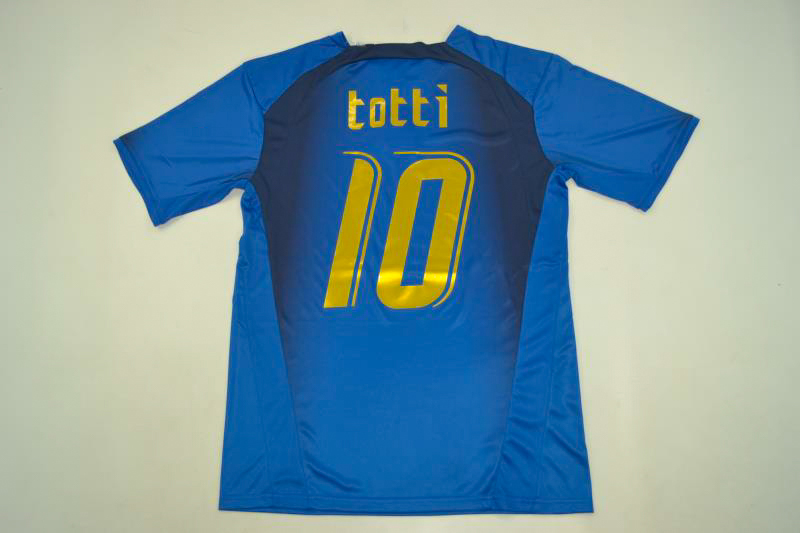 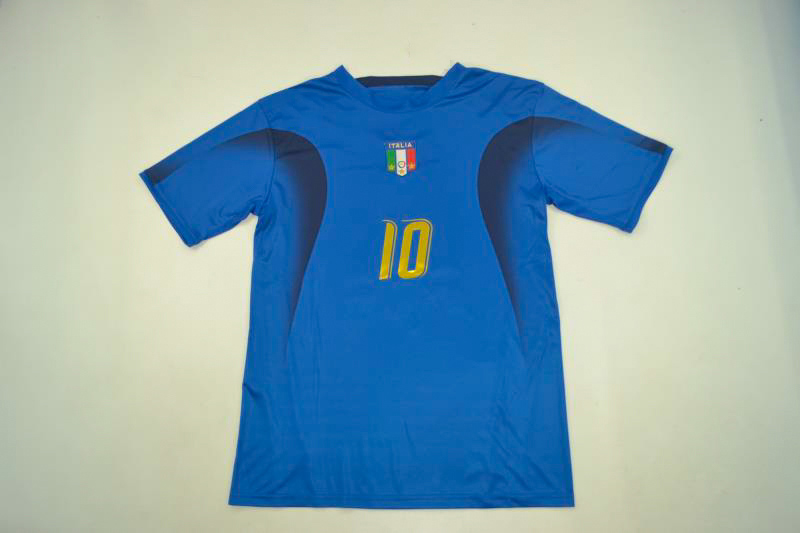 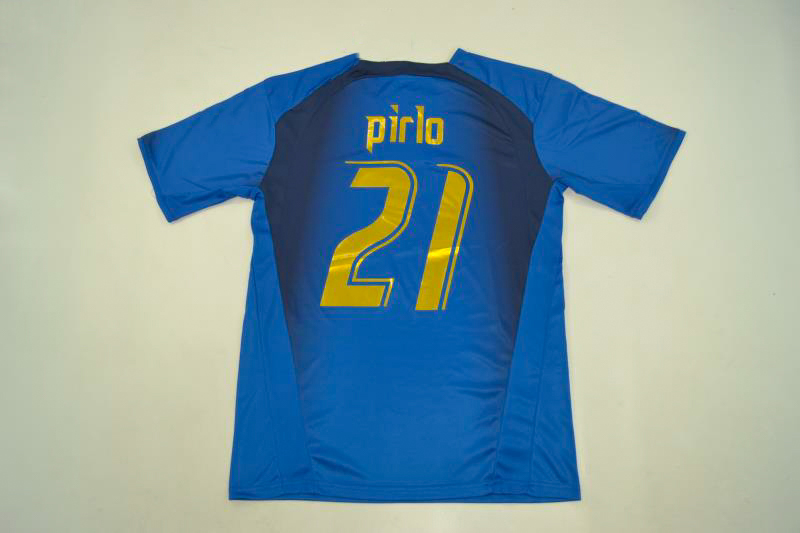 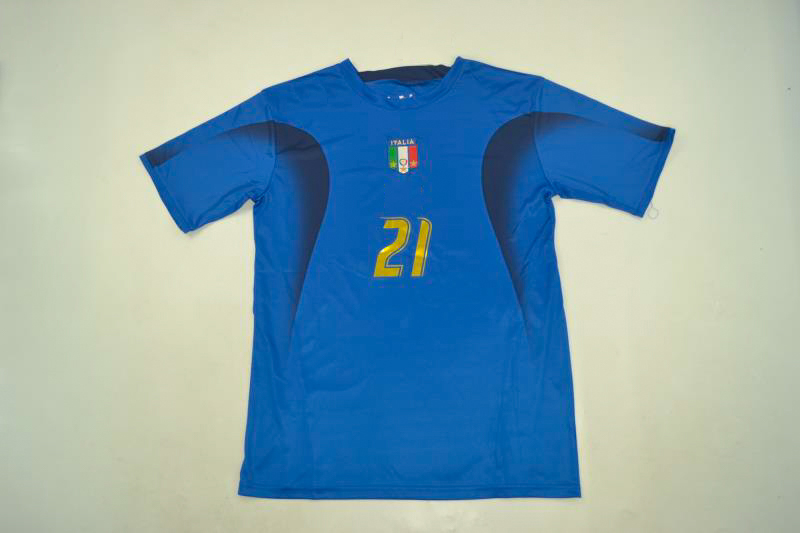 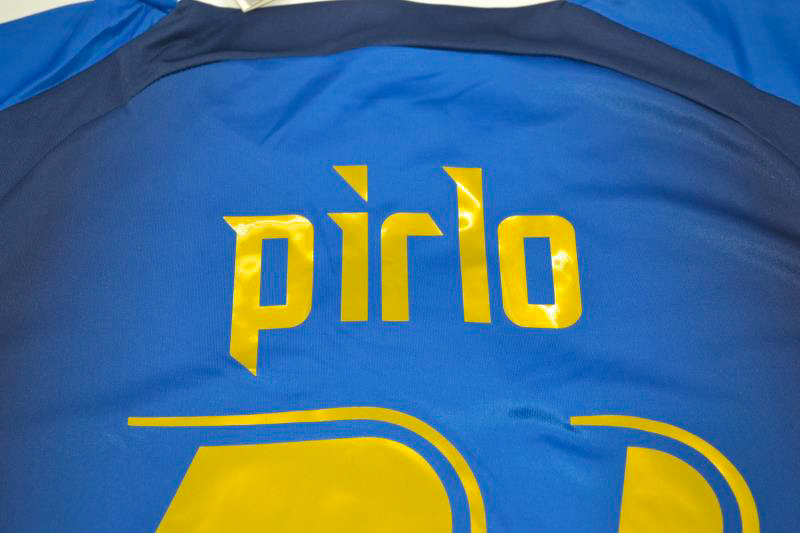 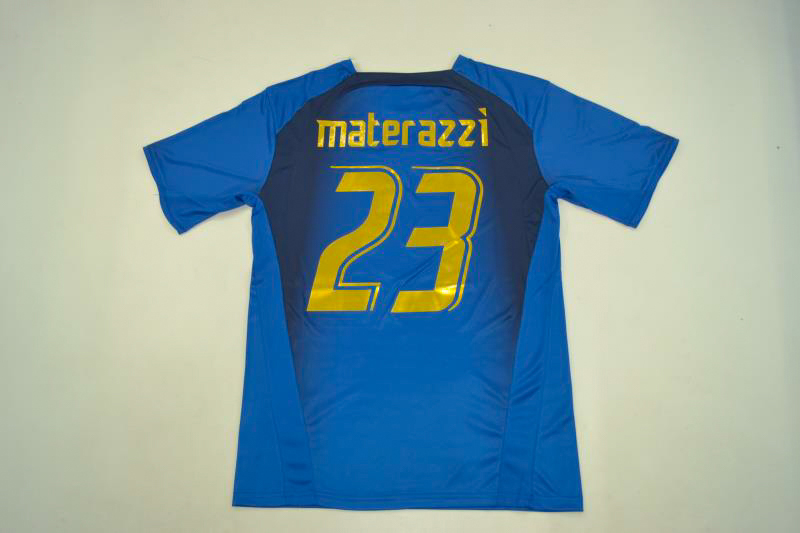 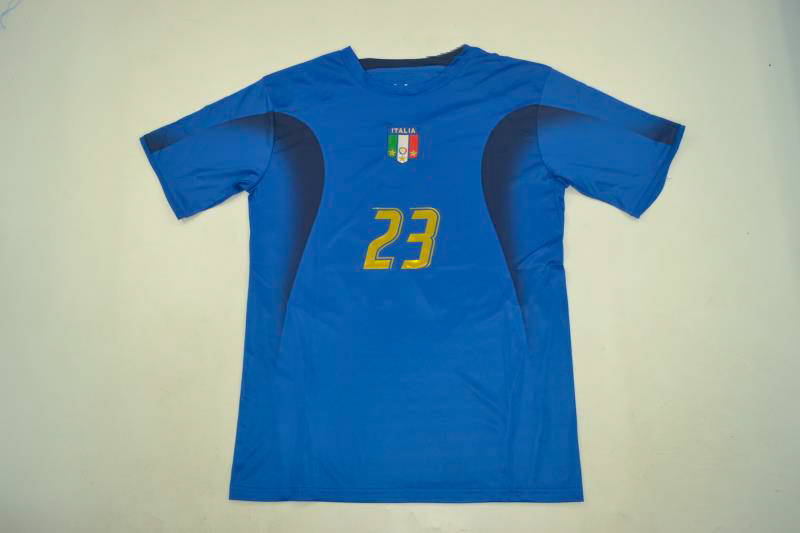 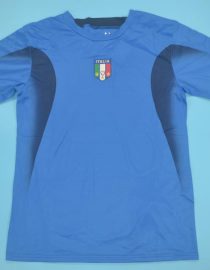 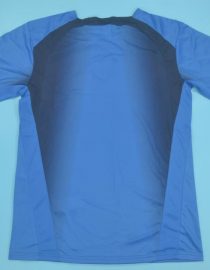 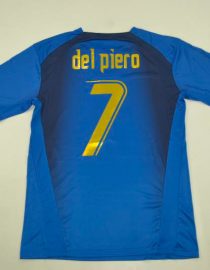 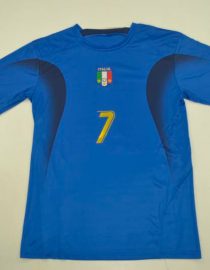 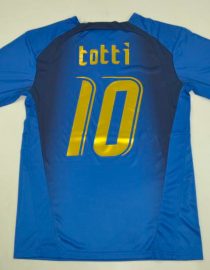 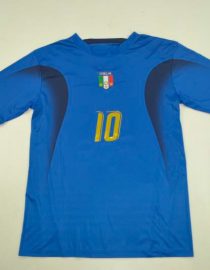 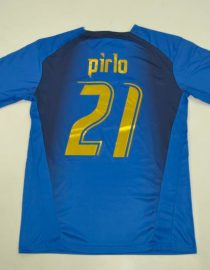 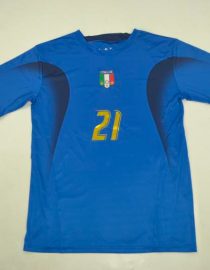 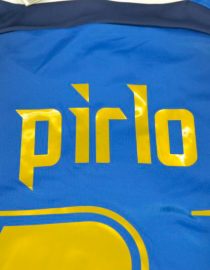 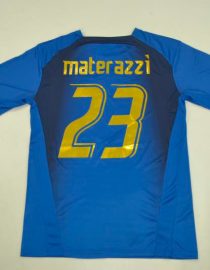 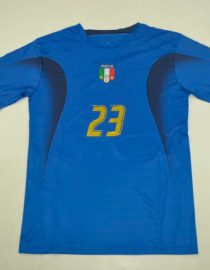 Italy’s home jersey for their amazing 2006 World Cup. With their golden generation, Italy conquered the world of football. Fully Customizable With any Name & Number.

This is the fully-customizable short-sleeve home kit for Italy’s 2006 World Cup campaign.

Italy won the 2006 World Cup in Germany in special fashion. After getting through the group of Ghana, the USA, and the Czech Republic, the Italians went to their “home” soil – the knockout stage. Once they were there, the defense tightened up, as they received only one goal in all four knockout matches, with two of those going to extra-time.

The final is already legendary as Marco Materazzi provoked Zidane’s headbutt, leading to the French team’s leader expulsion, which in turn helped Italy reach the penalties and win the match and the World Cup with the final penalty symbolically scored by a defender – Grosso. Big Italian names wore this kit, including Del Piero, Francesco Totti, Zambrotta, Gigi Buffon, Andrea Pirlo, Pippo Inzaghi, among other legendary and iconic Italian names which brought the glory to the nation after 24 years of waiting. A giant roar must have been heard that night all over the Mediterranean bay. We also have the Away Italy 2006 Jersey on our store.